The 2nd generation 4Runner (1989-1995) offered a medium sized package,
excellent 4WD capability and a refined ride when new.  Its typically Toyota reliability
has turned it into a thing of legend and if you can ignore the sneers from the guys with Calvin peeing on brand Y in the rear window; they are great vehicles. A used example of a 4Runner is much more desirable compared to similar condition
Explorers, Cherokees, and other pre-Brodozed competitors, especially when equipped with a heavy fuel burning engine.  Find this 1995 Toyota 4Runner with diesel powertrain swap offered for $8,000 in Durham, NC via craigslist.  Tip from Tinyfrogs. 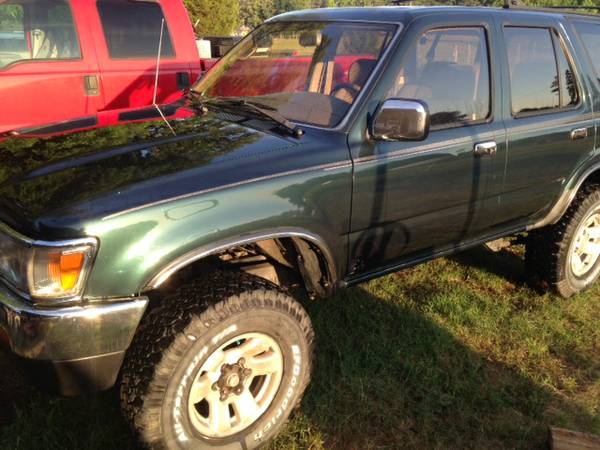 The 2nd generation 4Runner was a departure from the fiberglass camper-shell-on-truck setup used in the 1st generation, and now used a full steel body on conventional truck frame.  Weight was very well controlled at 3700 lbs (about the same as a BMW 5-series from the same era) and the USDM 6-cylinder powerplant resulted in acceptable performance. 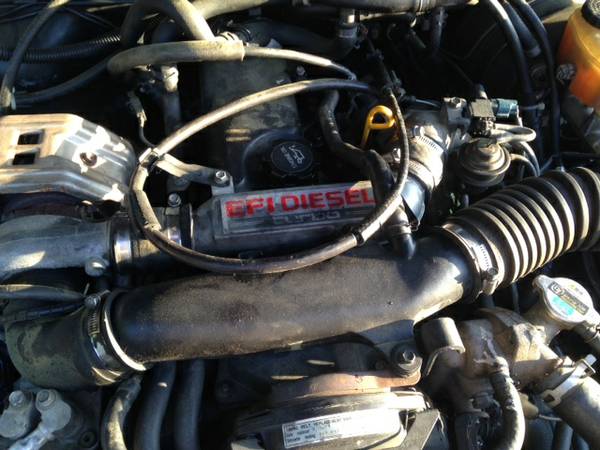 This 4Runner is powered by a Toyota 2L-TE turbo diesel engine that produces 97 horsepower and 163 ft-lbs of torque.  It may be down significantly from the stock engine, but it offers dieselrific low end pulling power and fuel economy. 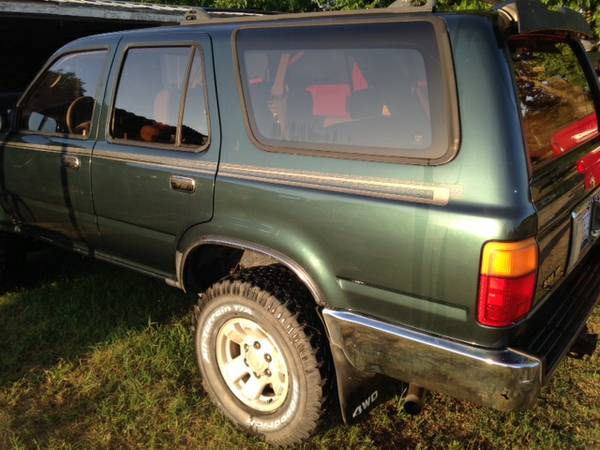