The Mk III Toyota Supra offered a staggering level of technology when it hit the
showrooms in 1986.  The Supra was powered by the 7M-GTE, a turbocharged
twin-cam, 4-valve, distributor-less engine that was miles ahead of its
competition and only had a minor problem of consistently blowing up head
gaskets due to an improper head bolt torque from the factory (which can be easily remedied by the home mechanic). It was an
affordable sports coupe package that gave the Corvette a run for its money and hinted at the Japanese sports car madness that arrived a few years later.  Find this 1987 Toyota Supra Turbo bidding for $6,700 here on eBay 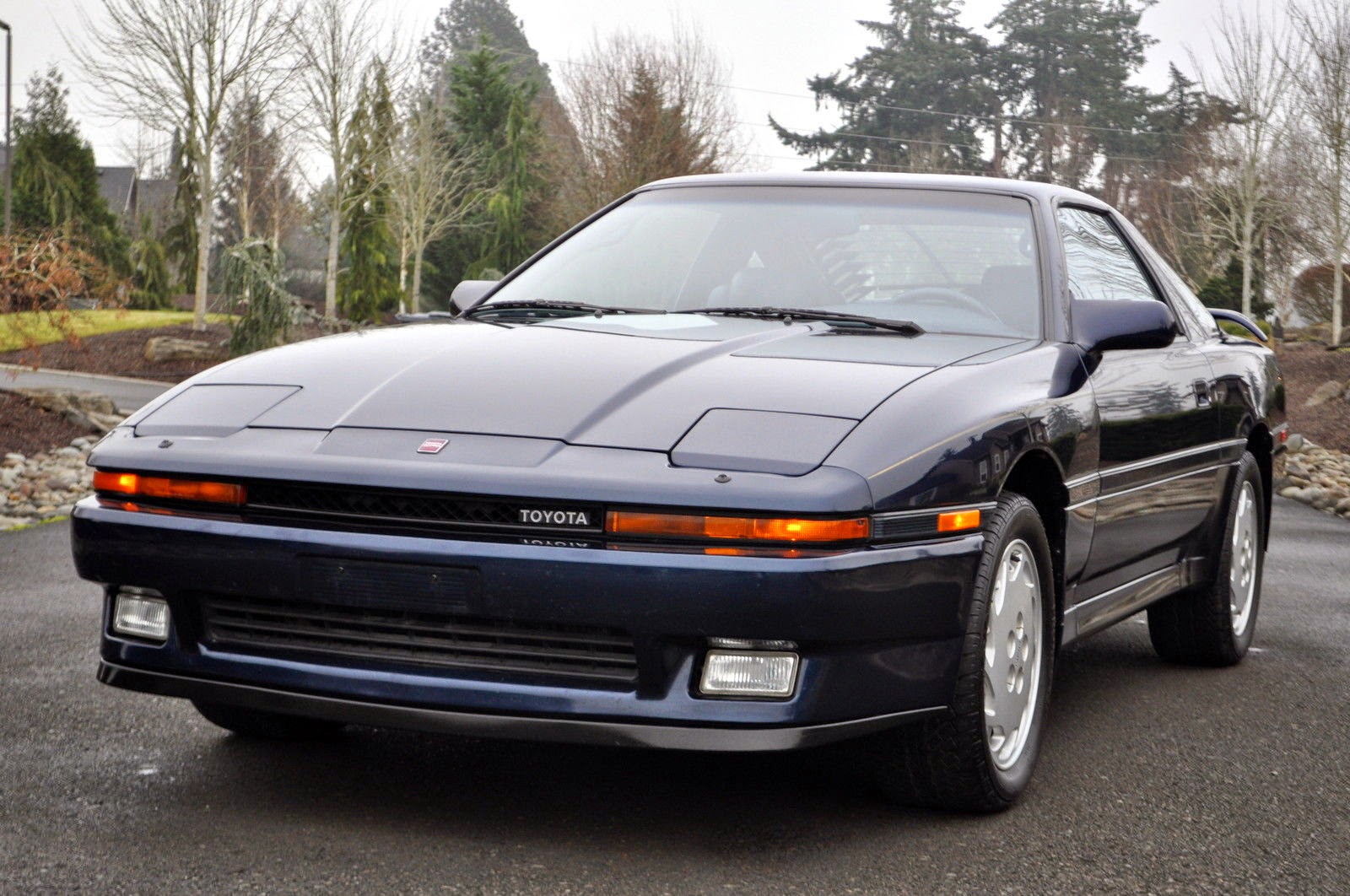 The Toyota Supra was a part of the Celica platform up until the Mk III
launch when the Celica went to front-drive platform and the Supra moved
more up-market.  The new Supra design was much more modern compared to the Mk II and advanced features like TEMS (Toyota Electronic Modulated Suspension) gave it a great performance/comfort tradeoff. 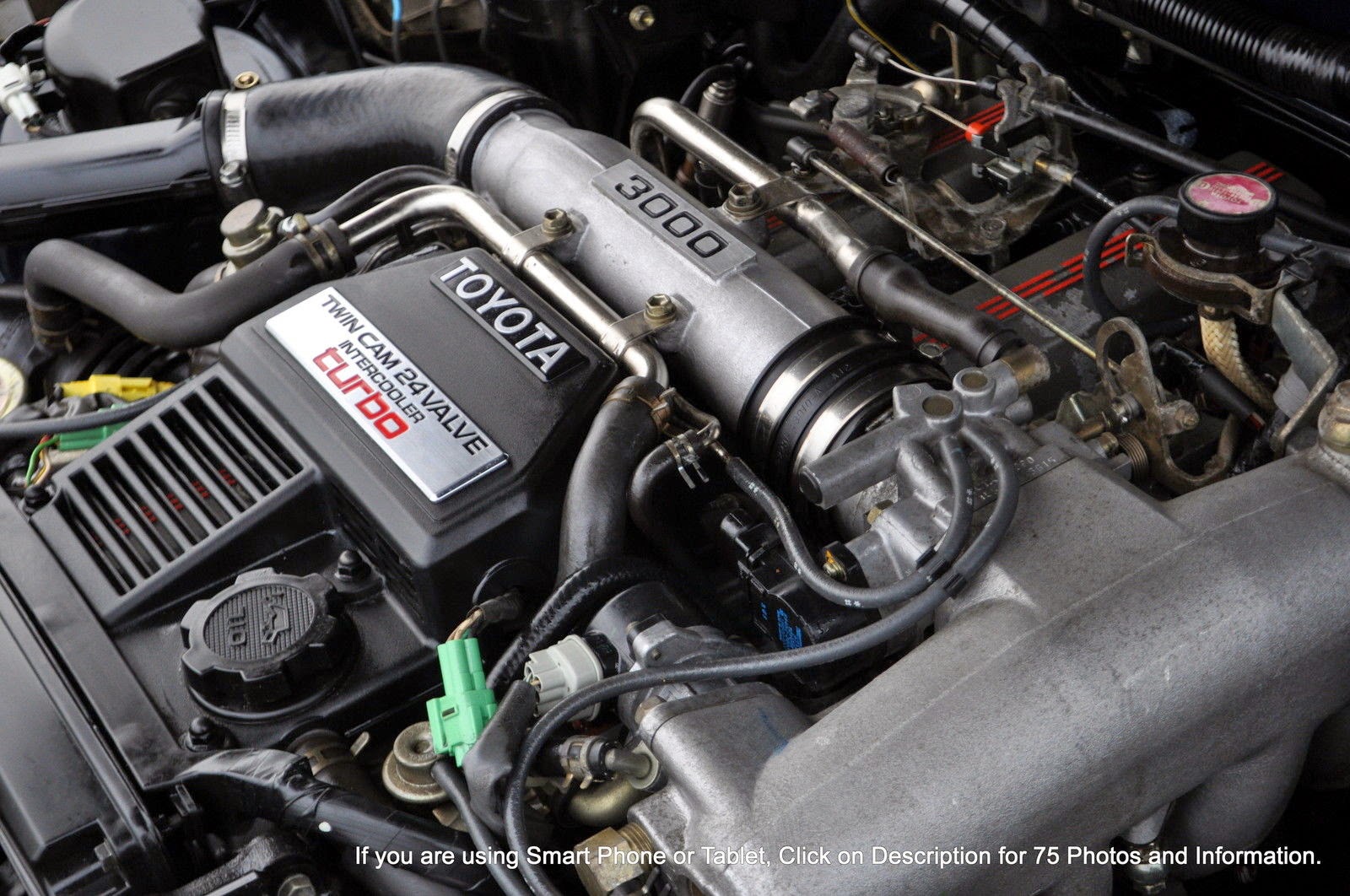 The 3.0 liter 7M-GTE inline-6 was turbocharged and intercooled to produce 230 horsepower and 250 ft-lbs of torque. These numbers might not seem like much, but the 1986 Corvette only pushed 230 horsepower out of 5.7 liters, so the little Japanese coupe was a fast car in its day. 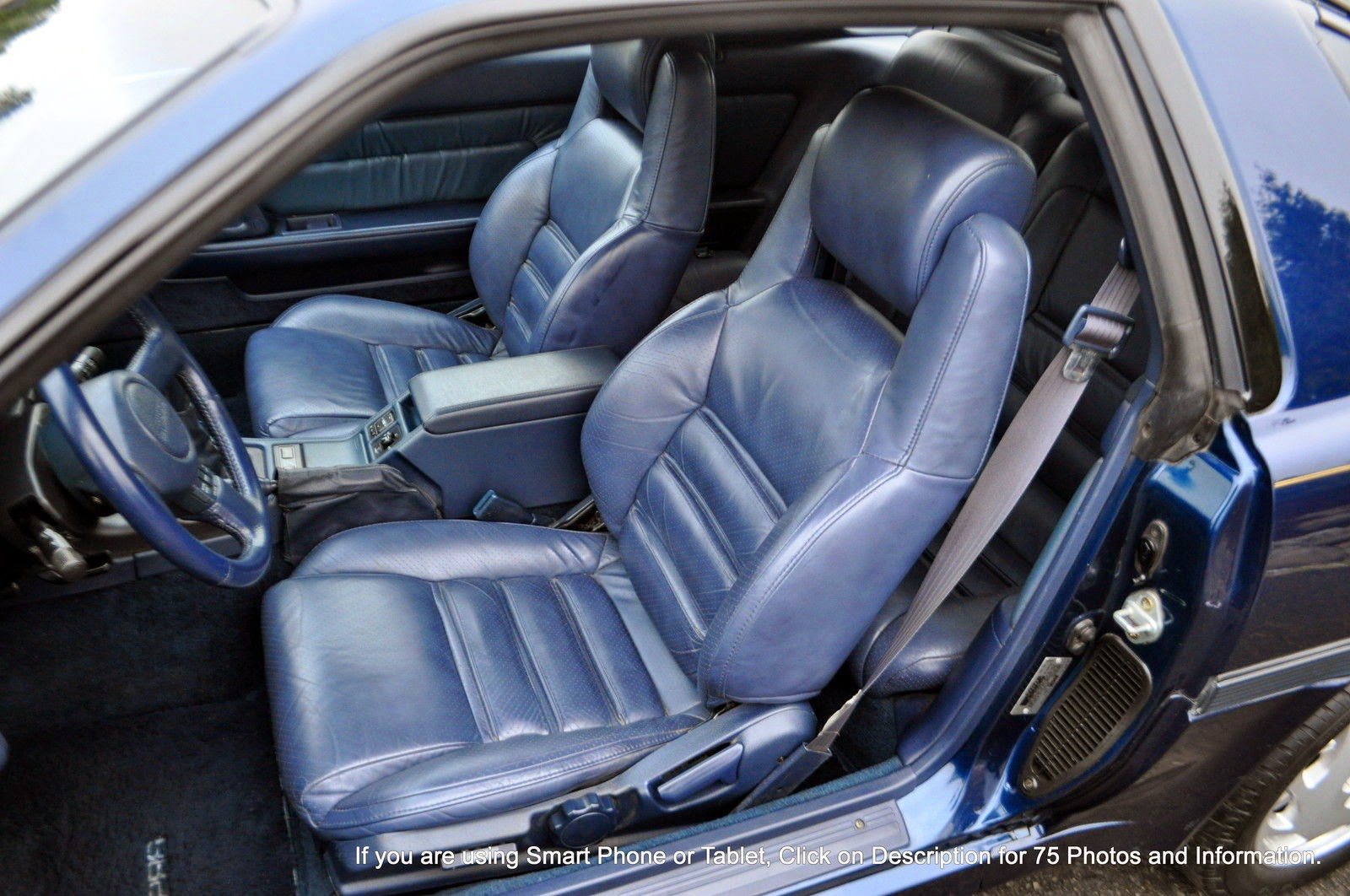 This example is sold from eBay seller Blue Oval Ranch, and it looks like a really nice example with only 60k miles on the odometer.  This should represent about the top of today’s “driven” market (show queens and dealer stored museum pieces excluded) and with minimal miles/good care, it should retain value as these cars will be collectable some day. 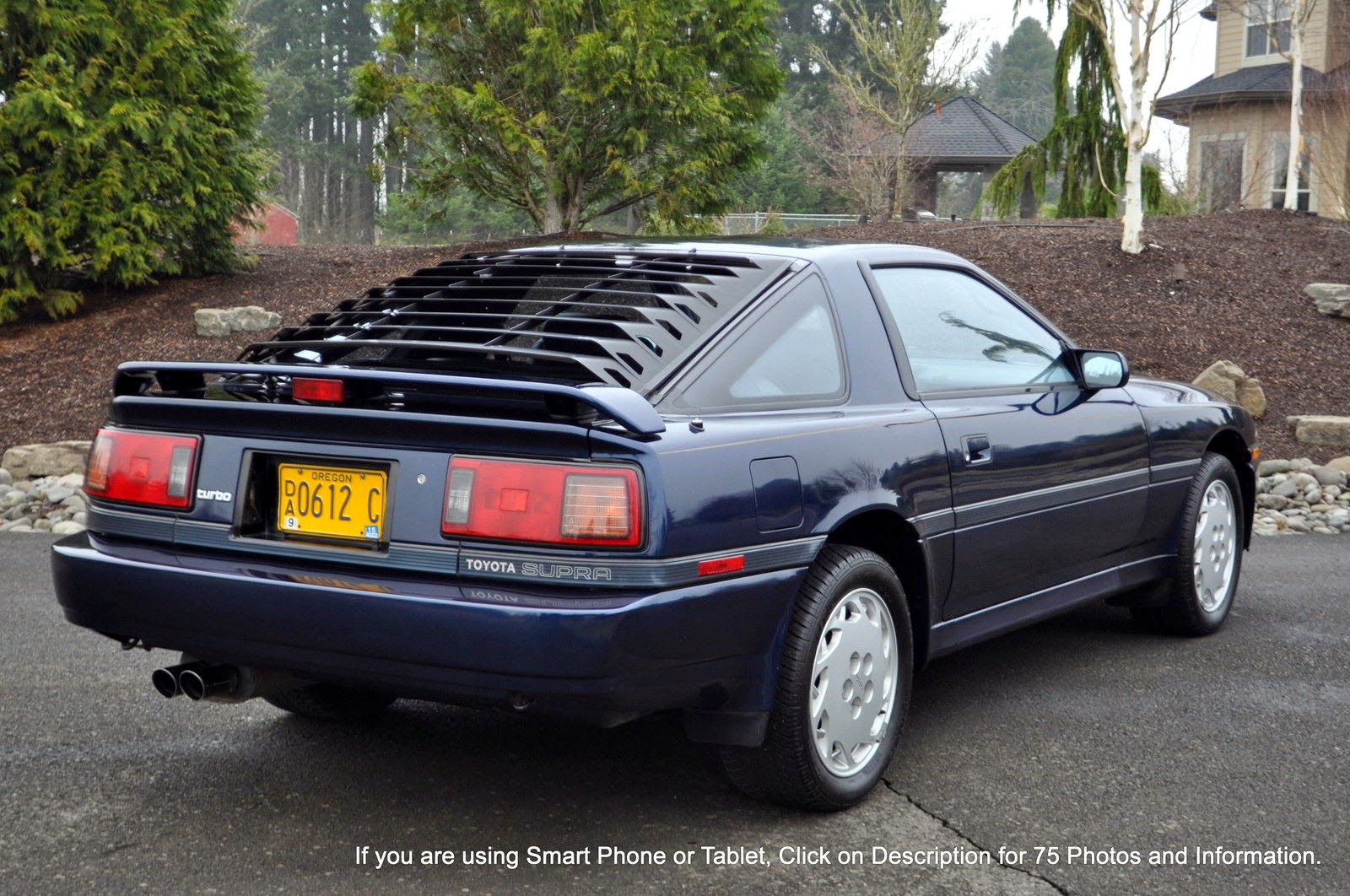 See another blue classic in good shape for less?  Blue cars are the best.  tips@dailyturismo.com