The Honda S2000 was a fantastically well built roadster with a high revving inline-4 that was sold from 1999 through 2009.  In the decade of production just over 110,000 units were assembled for world wide consumption, with 66,000 heading to the USA.  In the aftermath of the 2008 Carpocalypse, Honda scrapped the intended successor, but don’t fret, because you can pickup a used S2000 for peanuts.  Find this 2000 Honda S2000 offered for $7,455 in Destin, FL here on craigslist.  Tip from Randall. 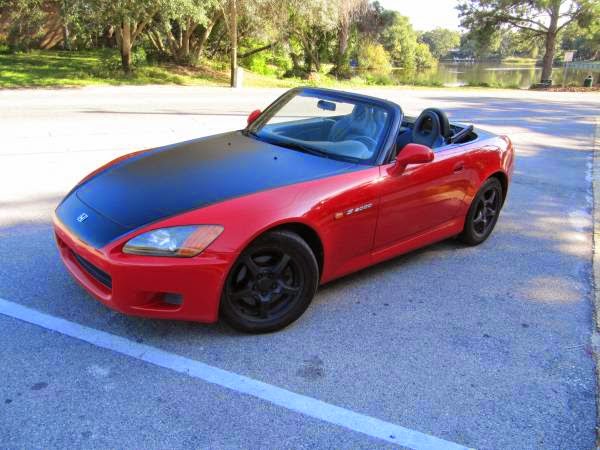 If you’ve never been behind the wheel of an S2000, you really owe it to yourself to give one a try. Head by your local Honda dealer or Carmax and enjoy a test drive in a used example of what was Honda’s greatest product ever.  Build quality is great, the engine (while lacking in the grunt of a big displacement or turbo mill) is second to only exotics in terms of high end scream, and the shifter is buttery smooth…or at least that is what the magazine pundits say…personally, I’ve never shifted butter, so I’d just say it is the nicest gearbox lever in the business that makes a satisfying snick-snick sound when you change gears. 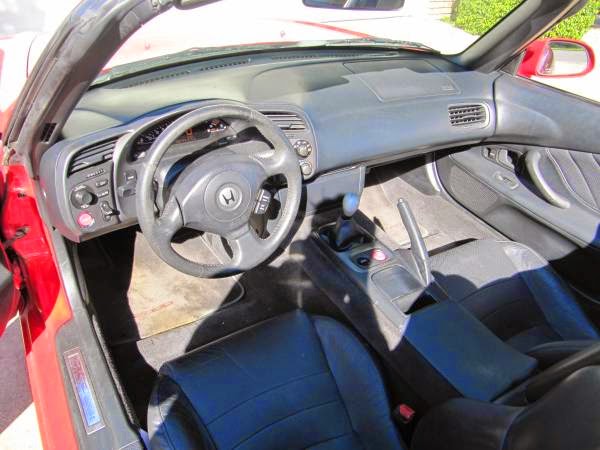 The Mustang/Camaro crowd will ridicule the S2000 for its meager 240 horsepower and 153 ft-lbs of torque output, but the AP1’s 2.0 liter F20C is a power-per-cubic-inch freak that revvs all the way to 9200 rpm fuel cutoff in search of air.  Gearing is surprisingly tall and you’ll be doing something like 44mph in first and 67 mph in second before a flashing digital dash and harsh fuel cut reminds you to shift.  You’ll be hard pressed to find an SCCA autocross event that requires a 3rd gear shift, but you’ll need to figure out full use of first gear to maximize performance.  It is a hard car to drive fast, but very rewarding if/when you get it right. 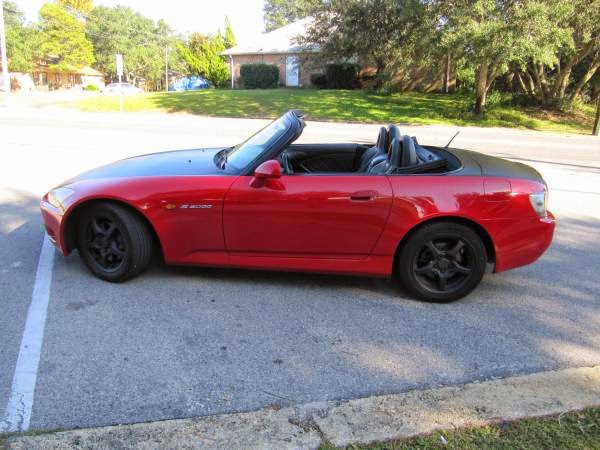 This particular example has some nasty flat-black paint applied to the hood/trunk that bleeds onto the fenders, so you’ll need to do more than just re-source or re-spray then hood/trunk.  The stock 16 inch wheels (that’s right, Honda figured out that you don’t need dubs to make a car handle and 16-inch wheels save weight and do fine in the turns) have been painted flat black as well…earning this car the coveted flat brimmer badge. 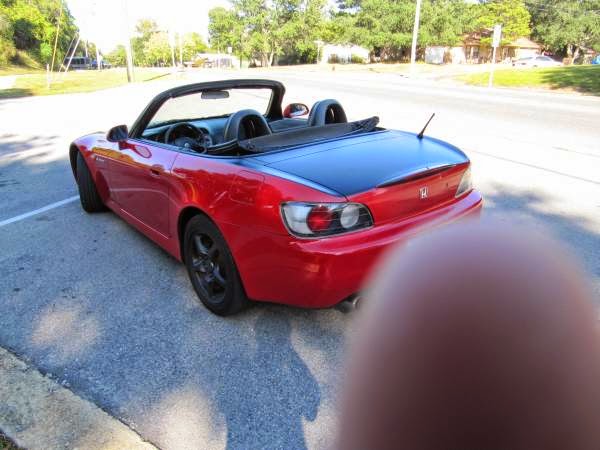 See another finger for sale? Send it here: tips@dailyturismo.com