A while back some folks suggested that we feature the odd part find, maybe a cool engine or transmission that could be shoved into some undeserving Volvo or a set of Whitworth wrenches for your pre-1955 BMC classic.  Our first ‘part feature’ is a piece of New Old Stock (NOS, not to be confused with a brand of Nitrous Oxide, the stuff that amateurs use to “blow the welds on the intake manifold”), a Martin Turbo Systems Draw Thru Turbo Kit (without the Turbo!) that is currently bidding on ebay for $405 with 2 days to go.  Thanks to tip from Andy L. 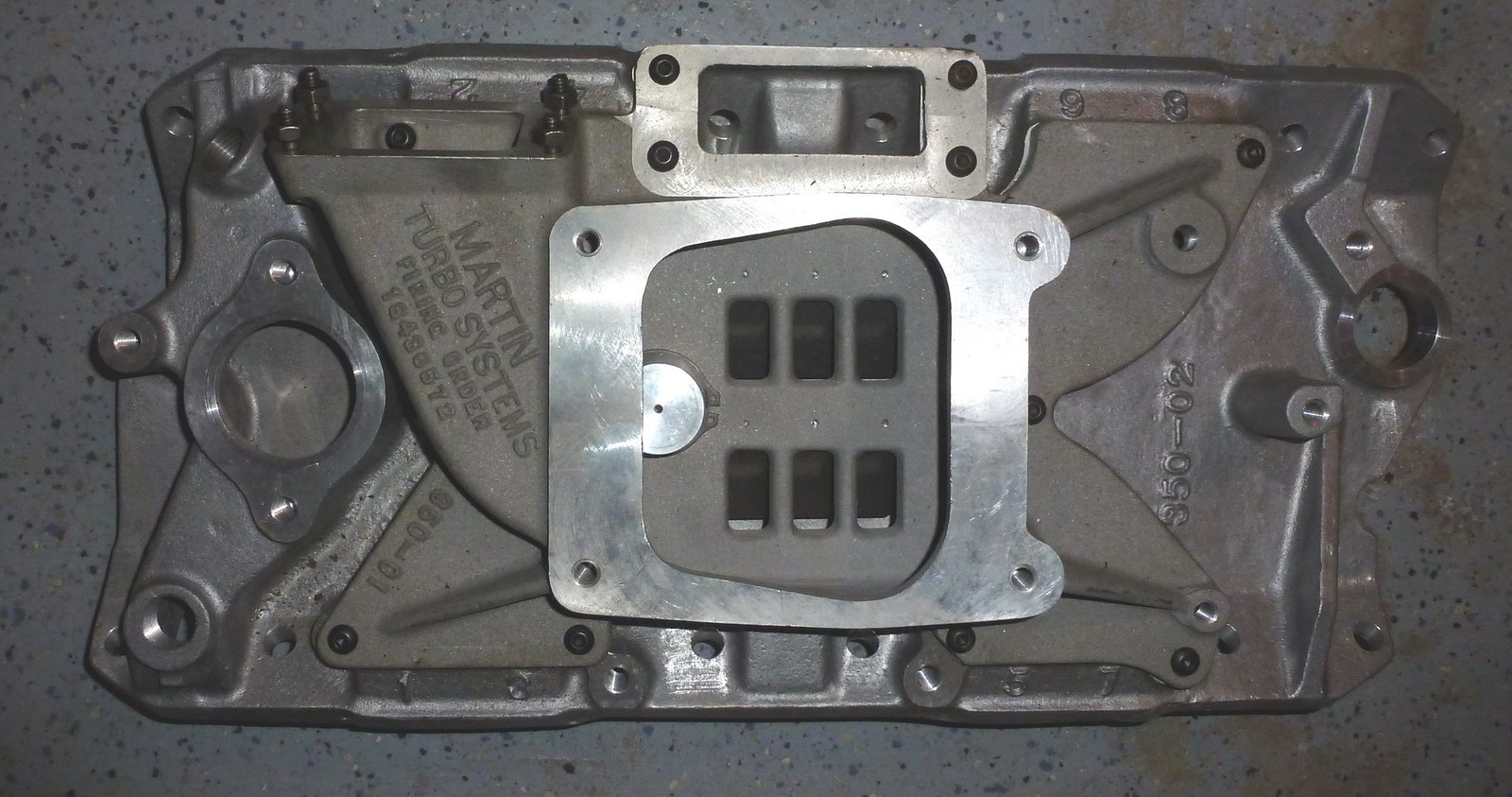 Back before fuel injection replaced carburetors, the only way to get a turbocharger on your Chevy V8 was to kludge up some homemade device or run an expensive blow-thru carburetor. To help ease the pain, Martin Turbo Systems released a full bolt-on kit for turbocharging the small block Chevy that was designed to work with Rajay turbochargers. This one was a “draw-thru” setup, wherein the carburetor is upstream of the turbo’s compressor – so both air and fuel get churned up by the compressor wheel. 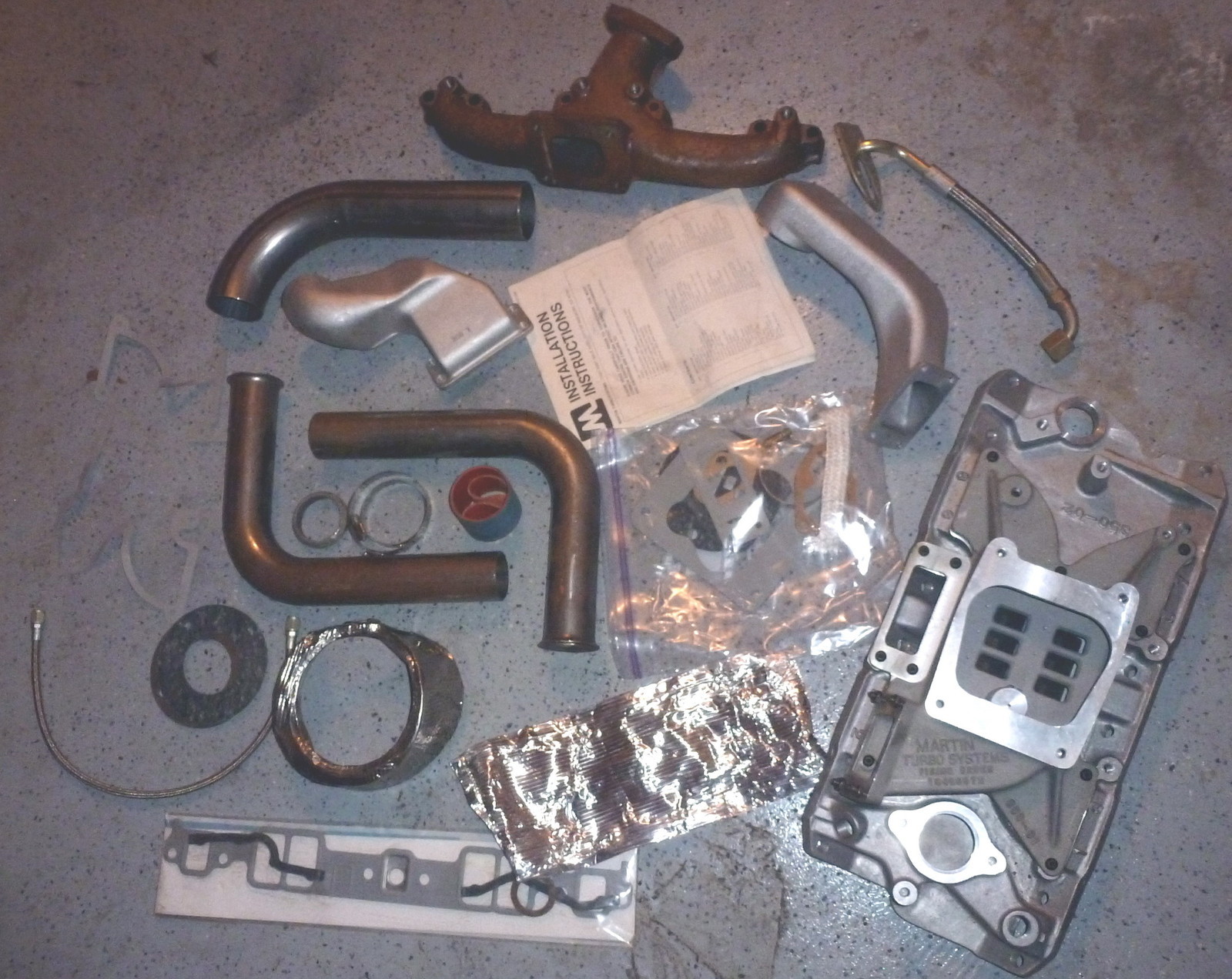 The entire kit includes most of what you need to turbocharge a small block Chevy, with the notable exception of the turbocharger, but you wouldn’t want to use one of the vintage Rajay units as they aren’t that efficient and require frequent rebuilds.  Any number of modern ball bearing turbos from the Garrett performance catalog for example could be adapted to fit this kit and give much better boost response and overall power.  It is rare to find a 1960/70s kit like this that is ‘new’ and uninstalled.

We’ve included a photo showing a Martin setup on a small block to give a better idea of how this would fit under the hood of your Camaro.  The non-intercooled configuration isn’t the best for efficiency, but you wouldn’t want to run an intercooler on a draw-thru setup anyway. Following the air flow path, we can see that the carb outputs to a chamber underneath, then goes through the tube exiting to the left of the manifold, into the turbo’s compressor where it gets a boost, and then through the 90-degree rubber elbow into a separate lower plenum in the manifold and then into the ports and cylinders. Keeping the carb atop the engine might seem unnecessary but it simplifies things like air filter placement, throttle cable routing and fuel plumbing – if you’re lucky, all of that stuff could remain unchanged. Boost away!

See another cool part or kit for sale? email us here: tips@dailyturismo.com