The 4th generation of America’s favorite pony car (the Mustang) debuted in 1994 and was code named SN-95 by Ford.  This generation was an update of the Fox platform and continued the Mustang’s tradition of V8 engines, manual transmissions and rear wheel drive — and thankfully was not the Ford Probe.  Find this low-mile 1998 Ford Mustang GT SN-95 with V8 and 5spd in Chicago, IL for $10,500 via craigslist. 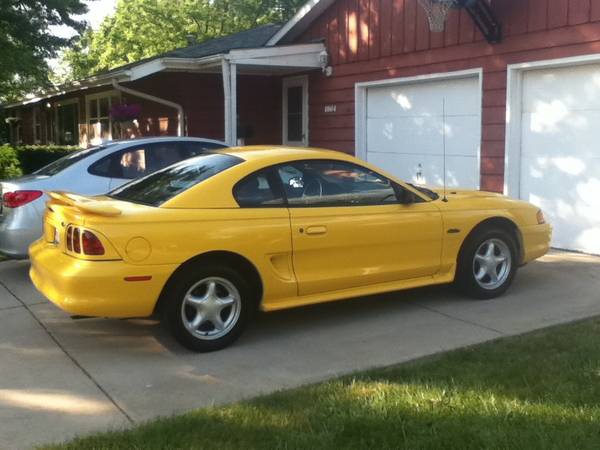 No need to beat around the bush, $10k is a lot for an SN-95 Mustang…but this one has only 30k miles on the odometer and is offered in ‘perfect’ condition according to its seller.  For someone looking for an example of the curvy post-Fox body Mustang, they don’t get much cleaner than this one. The 2-valve 4.6L overhead cam V8 only puts out 225hp – down almost 200hp from the current 5.0 GT engine – but these early Modular engines are relatively simple and have good aftermarket support for bolt-on power modifications. 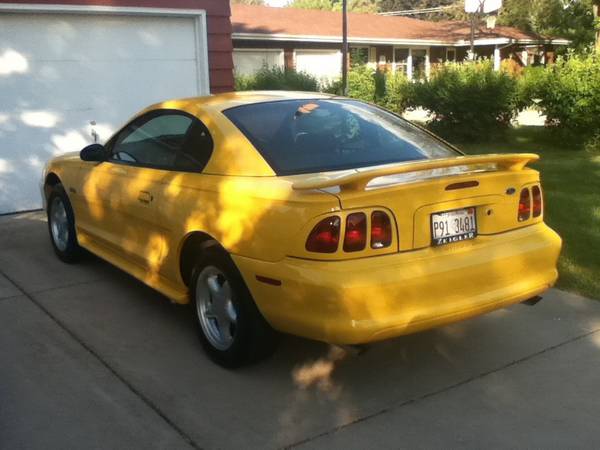 The seller doesn’t provide many pictures, but if it is indeed 100% stock and as clean as described, then perhaps it is worth a closer inspection. These transitional Mustangs are low on the popularity scale today – post Fox-body so they aren’t as cheap and simple, but pre-SN197 (2005+) retro redesign so they also don’t share all the benefits of the modern platform. So now might be the best time to pick up a low-mile mint condition example before they become modern classics. The earliest SN-95 is now 20 years old so they are still in the “not old enough to be classic, not new enough to be modern” category which makes them just regular used cars at the moment with DT-budget-friendly prices to match.