The Alfa Romeo Spider built from 1995-2006 was a replacement for the aging Alfa Spider Giulia (1966-1993).  The Pininfarina designed exterior was a radical step forward in looks, but regrettably the car moved onto a transverse longitudinal front drive set up shaped with the contemporary GTV. The tipo 916 Spider was never sold new in the US of A, but you could get one in Canada…so now that they are 25 years old, import one yourself today. Find this 1996 Alfa Romeo Spider Tipo 916 here on eBay offered for $17,900 CAD ($12,811 USD) in Toronto, Canada. 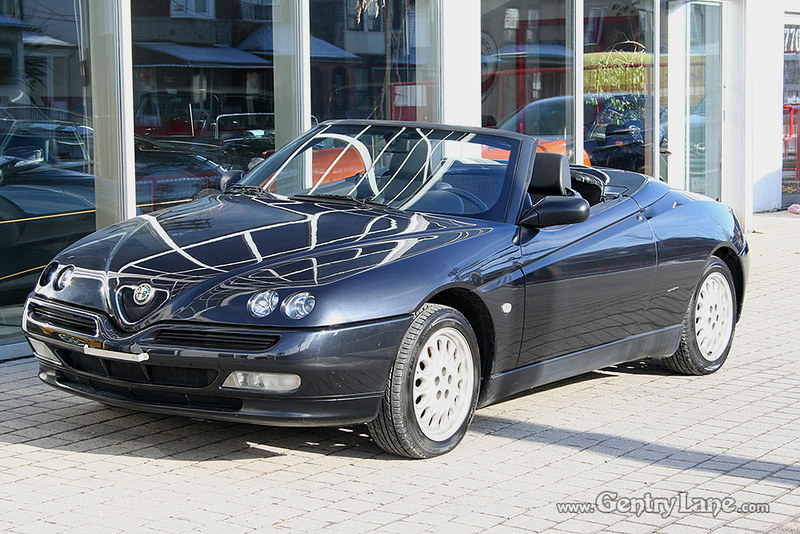 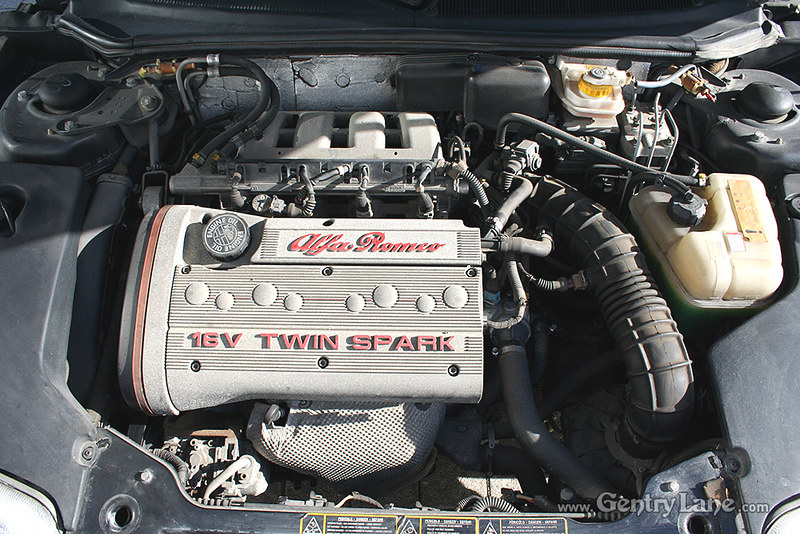 Alfa Romeo has been building cars since the beginning of the 20th Century. It continues to this day to produce classic designs with overtly sporting characteristics.


1966 saw the introduction of the new Spider to replace the then ageing Giulietta Spider. The new Spider was now designed and built by Pininfarina and based on the Giulia 105 series chassis with a shortened wheelbase. 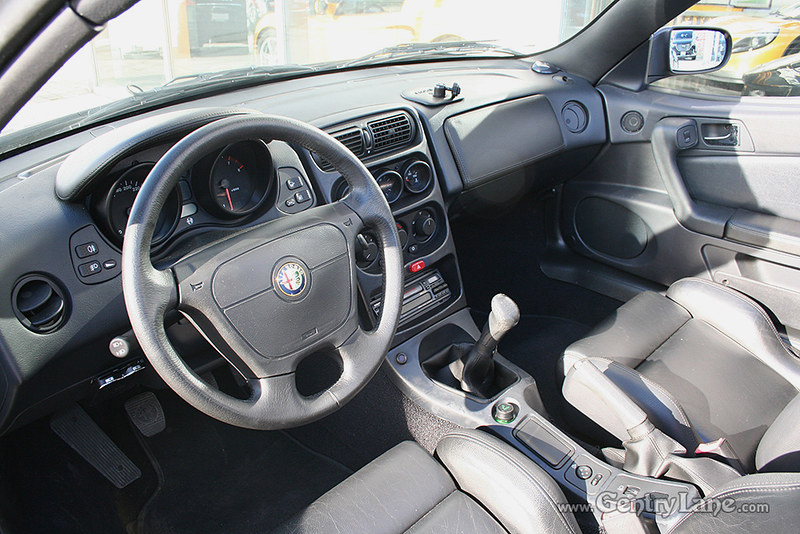 In 1970 the round tail was replaced with the Kamm Style cut-off tail as well as with other numerous small changes both inside and out, such as new door handles and improved interior trim. The Series 4 Spider was introduced in 1990 and featured a redesigned exterior with a new look front and rear.

1996 Alfa Romeo Spider. Under the hood is a 2000cc engine with a 5 speed manual transmission. The exterior is Black with Gray leather interior, Black soft top. Options include power windows, power locks, radio cassette player and air conditioning. A great classic Italian Sports Car and a modern touch with 25,320 km. 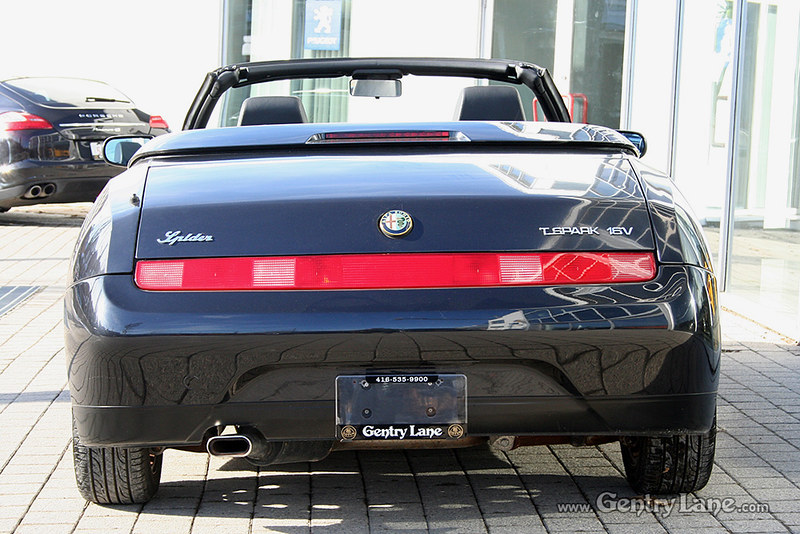 See a better way to drive something Italian? tips@dailyturismo.com