The 4th generation Toyota Tercel was a budget economy car with a reputation for being plasticy, slow, and not very fun…but at the same time they are reliable and able to absorb constant abuse.  Sounds like the perfect recipe for a beater, but what if you could find one where somebody turned up the heat?  Like this 1992 Toyota Tercel 4AGE Swap offered for $800 in Westchester, NY via craigslist.  Tip from Cory. 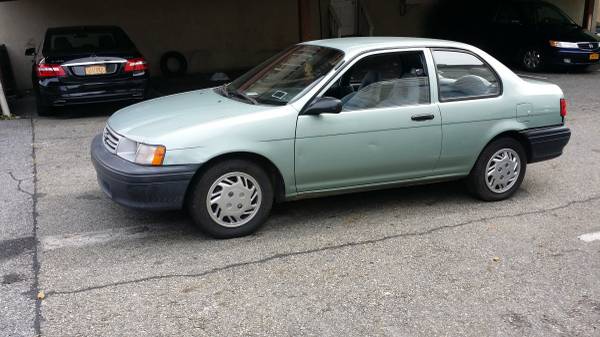 The Tercel was the smallest and lowest equipped of all Toyotas, it was even cheaper/smaller/crappier than the lowly Corolla.  Launched in 1978, it took a break in 1999, was replaced by the Echo in the early 2000s, and now is called the Yaris…but only the original can be called Turdcel, which is sorta unfair because it wasn’t a bad car when compared to many other subcompacts. 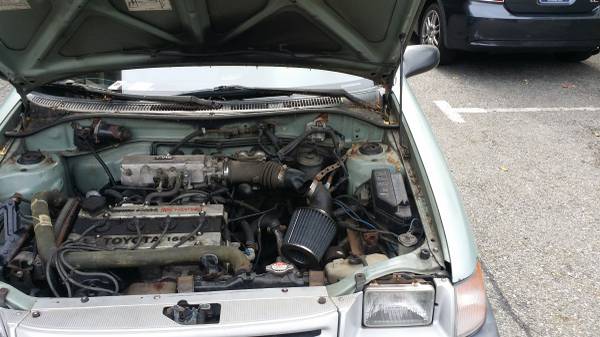 Gone is the original 1.5 liter E-series 4-banger and in its place is a DOHC Toyota 4AGE which by the looks of it is a “red top” 16-valve version which produces 126 horsepower when fresh out of the box and is mated to a 5-speed manual gearbox. 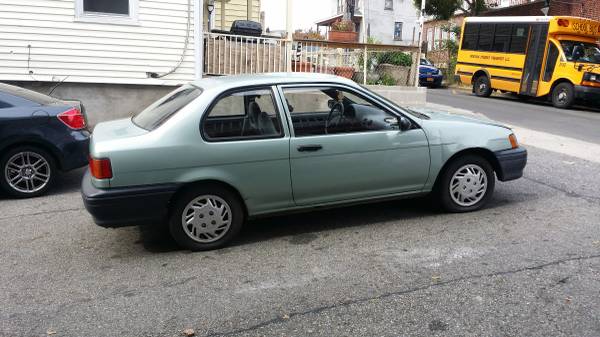 See another car that is one small fender bender away from becoming a 24 Hrs of LeMons contender? tips@dailyturismo.com