Once again, the SFBay craigslist delivers. With another tip from KBZ no less! The Volvo 140 series is getting hard to find in decent driver condition – it seems like the examples left in 2015 are either restored and immaculate ($$$$) or have one wheel in the junkyard and barely running ($). It’s refreshing to find one in between, and this car is even being sold by the guy we originally bought our 1800S from. Find this 1969 Volvo 142S for sale in Vacaville, CA for $2,600 via craigslist. Tip from Kaibeezy. 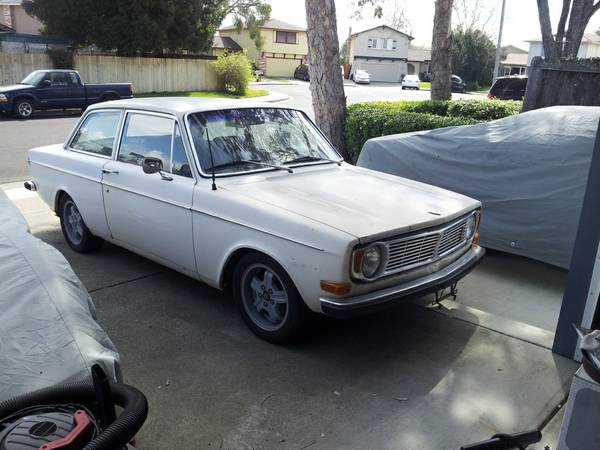 As a 1969 model year this 142S is in the first of three distinct sub-generations of 140. The early stamped aluminum grille, thin taillights, and slim bumpers make for an attractive and minimalist brick design. With suspension and steering designed more for rough road durability than sporting pretenses, driving dynamics will never match a well-sorted 240. But put decent dampers, tires, and brakes on this older sibling and it will be plenty of fun to hoon around in. 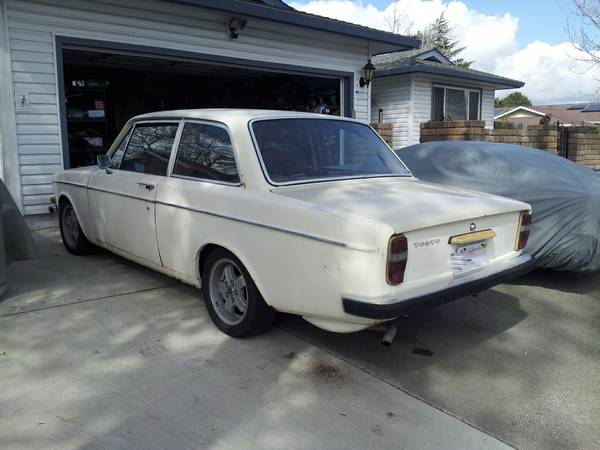 The seller notes that the passenger’s side rear quarter panel looks like it has been replaced, which likely explains the salvage title, but this is a complete running & driving ’60s 2-door for less than $3k, so I wouldn’t complain. It even has ipd lowering springs, uprated antiroll bars, and Virgo alloy wheels from a 240 Turbo. 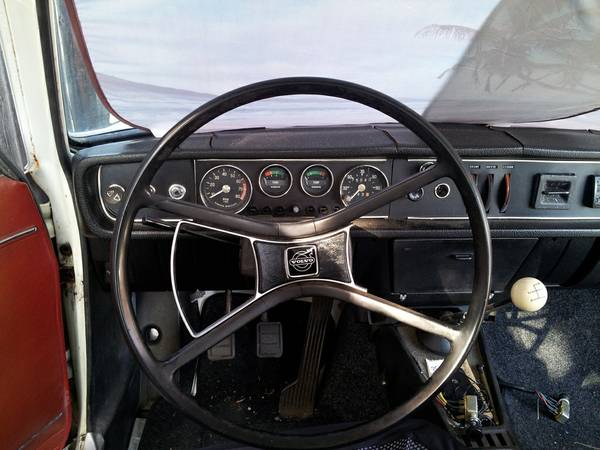 The red interior with the Rallye cluster (discrete round gauges instead of the ribbon strip stock speedometer) is worthy of restoration – maybe some new leather from a “trimmer” and a new dash pad is all it would take. The seats are covered now but can be seen in their faded glory in this writeup on barnfinds.com, where the car was featured a few owners ago (in 2011). 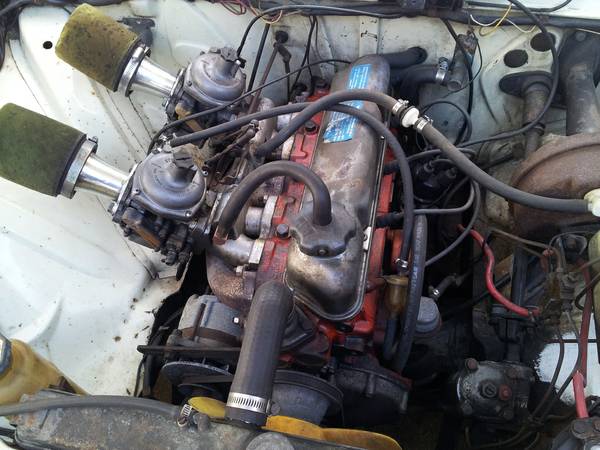 One would be forgiven for thinking the B20 engine was a swap, but 1969 was in fact the first year the 2.0L mill was installed from the factory. This one’s running twin Zenith carbs and will likely be good for somewhere around 125hp, as a rough estimate. Power is digested and processed by an M40 4-speed manual gearbox, which will be fine for backroad and city driving. The small engine bay and odd brake booster configuration of the 142 makes for limited engine swap options, but if this was mine I’d likely just adapt a 5-speed of some sort, and enjoy the intake honk with a smile.