The 1970s were a strange time indeed for muggle, mudblood, wizard, mage, witch, squib, pure-blood, half-blood, alike.  Long before JK Rowling was writing the best selling book series in history of books, a company called Chrysler tapped into the world of witchcraft and wizardry by releasing a special edition pickup known as the Warlock.  Find this 1979 Dodge Warlock II offered for $7,500 in Crittenden, KY via craigslist. 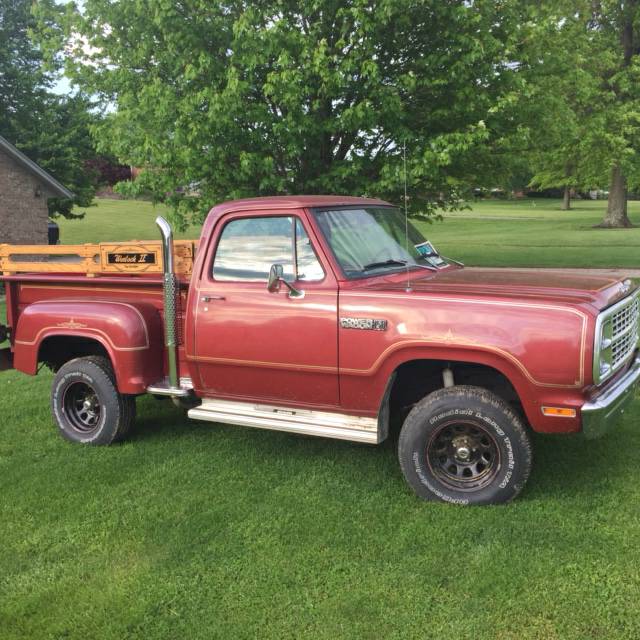 I’m going to be honest and admit that I never did get into the first Harry Potter book, and not just because the title character has a terrible name, but…well…that is a big part of it. Compared with Bilbo Baggins, Lucy Pevensie, Rincewind, and other heroes of the fantasy realm, Harry isn’t exactly a name that’ll get you excited.  Anyway, the Warlock is something to get pumped up about. 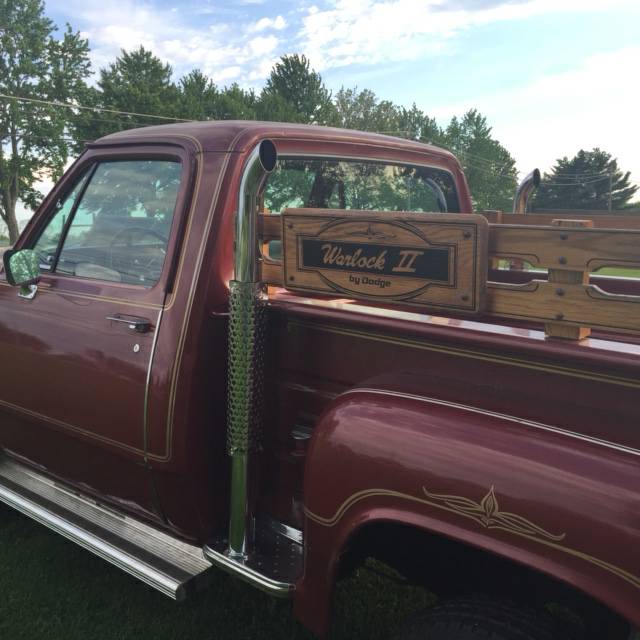 The Warlock II was part of Dodge’s D-Series lineup of full sized pickup trucks, but instead of hauling around construction equipment, this thing was designed to run around the weekend car show circuit.  Similar in concept to the Li’l Red Express Truck, the Warlock included custom exhaust stack, fancy paint scheme, and gaudy Warlock II by Dodge plaques announcing to the world that you had arrived. Most folks on the street today will assume you are driving around in some custom-built thing you assembled under a tent in your side yard…but you’ll know it is factory original. 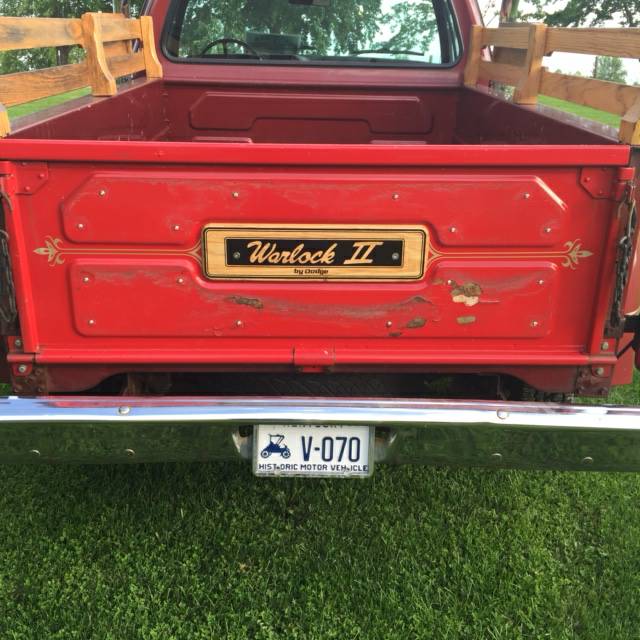