The Lotus Elan M100 was a wedge shaped convertible penned by Peter Stevens (Jaguar XJR-15, McLaren F1, Lotus Esprit, MG ZR, ZS, ZT & TF) and built in the UK from 1989 through 1995.  The Elan was later produced by Kia in South Korea under the name Kia Elan (and Kia Vigato).  The Elan was a pretty design and it used a lightweight chassis and a name borrowed from the historical Lotus archives…but it was powered by an Isuzu (and later Kia) 4-banger mated to the front wheels.  By all accounts it was one of the best handling front drive cars ever built…but it just seems wrong to suffer power-on understeer in a Lotus! Regardless, I find myself inexplicably attracted to the little two seater in red.  Find this 1991 Lotus Elan M100 here on eBay with zero bids and starting bid of $4500 in Citrus Heights, CA with 2 days to go. 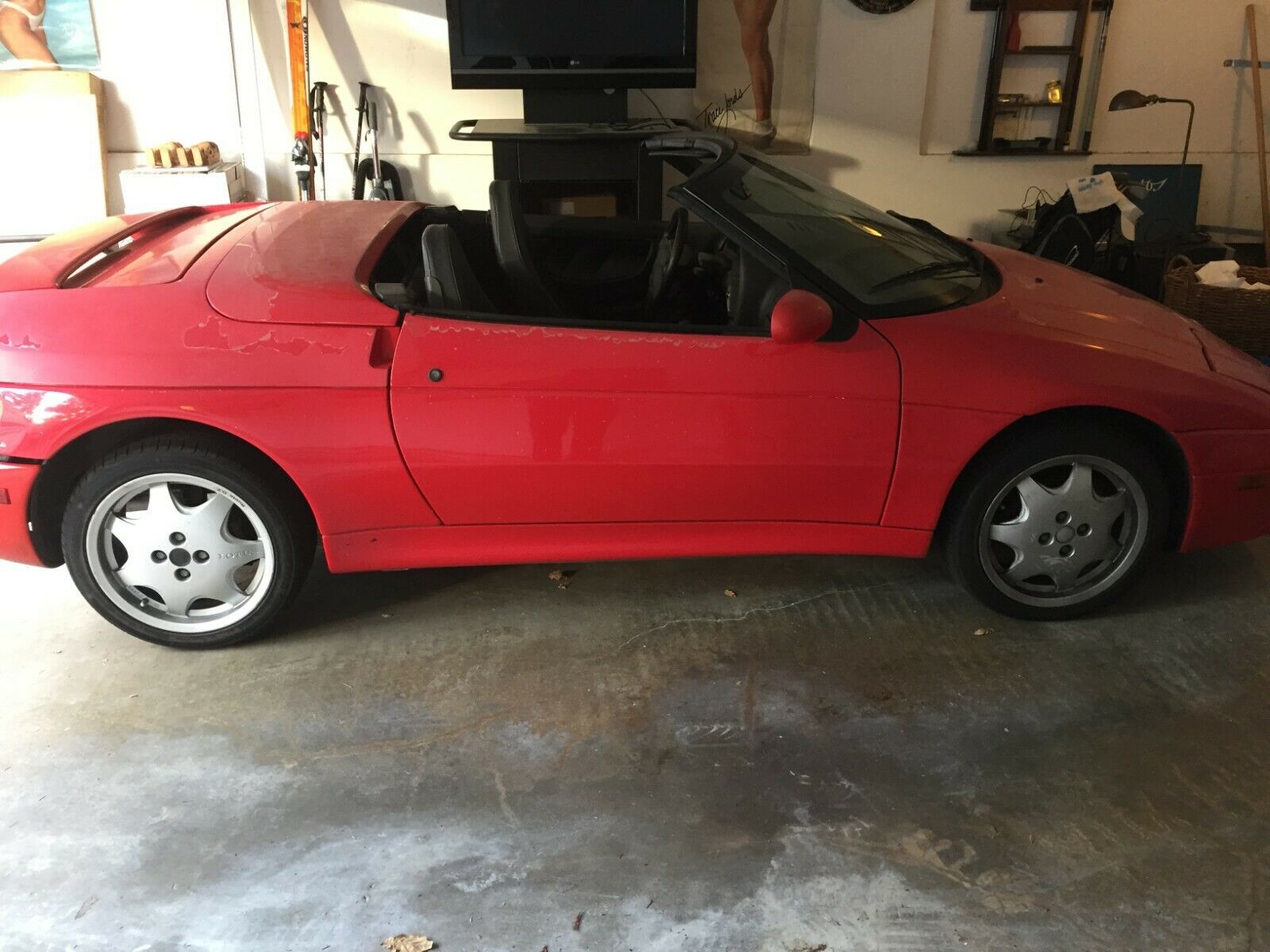 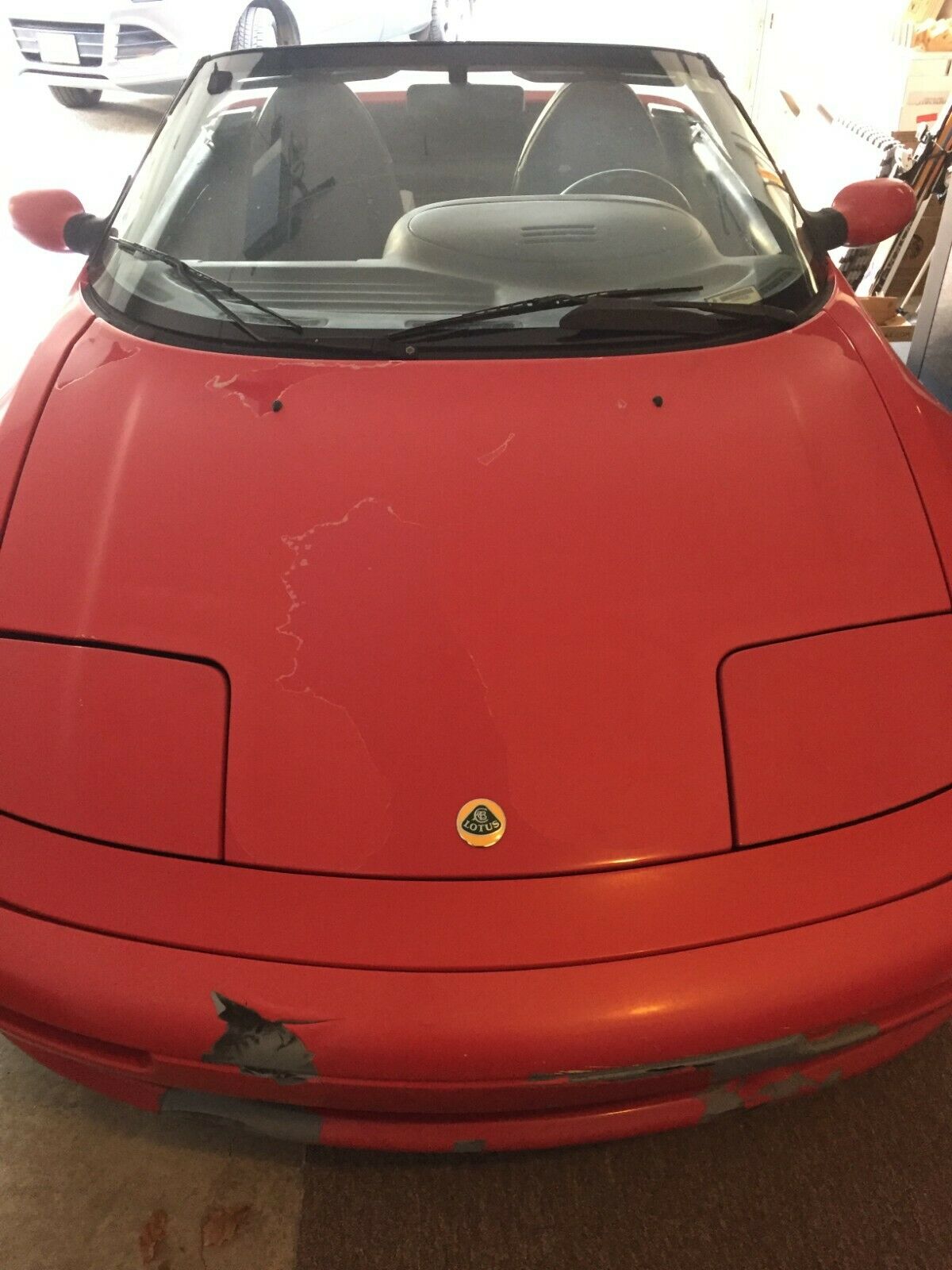 Seller Notes: “PNO due to not being able to figure out the battery drain issue. Car has never had a problem passing smog. Clean title. Mechanically, when the battery isn’t drained, it runs hot (which you will see on Lotus Elan forums is typical for this car). This car has a plastic gas tank – original from Lotus – and the top neck of the tank has tended to fissure on these. There was a recall to install a metal tank, but it was years before I purchased the vehicle and the previous owner didn’t partake in the recall. The vehicle gets 30+ miles to the gallon, so filling the tank 2/3 has not been an issue for me. Filling it past 3/4 or so and you do smell fumes. One headlight struggles to pop up – been an intermittent problem. Where the canvas cover meets the windows, it’s not airtight, so I rarely drove it in the rain. Cosmetically, the paint, as you can see, has faded in multiple spots and has chipped away from the front bumper. Interior has a missing plastic door panel and wear.” 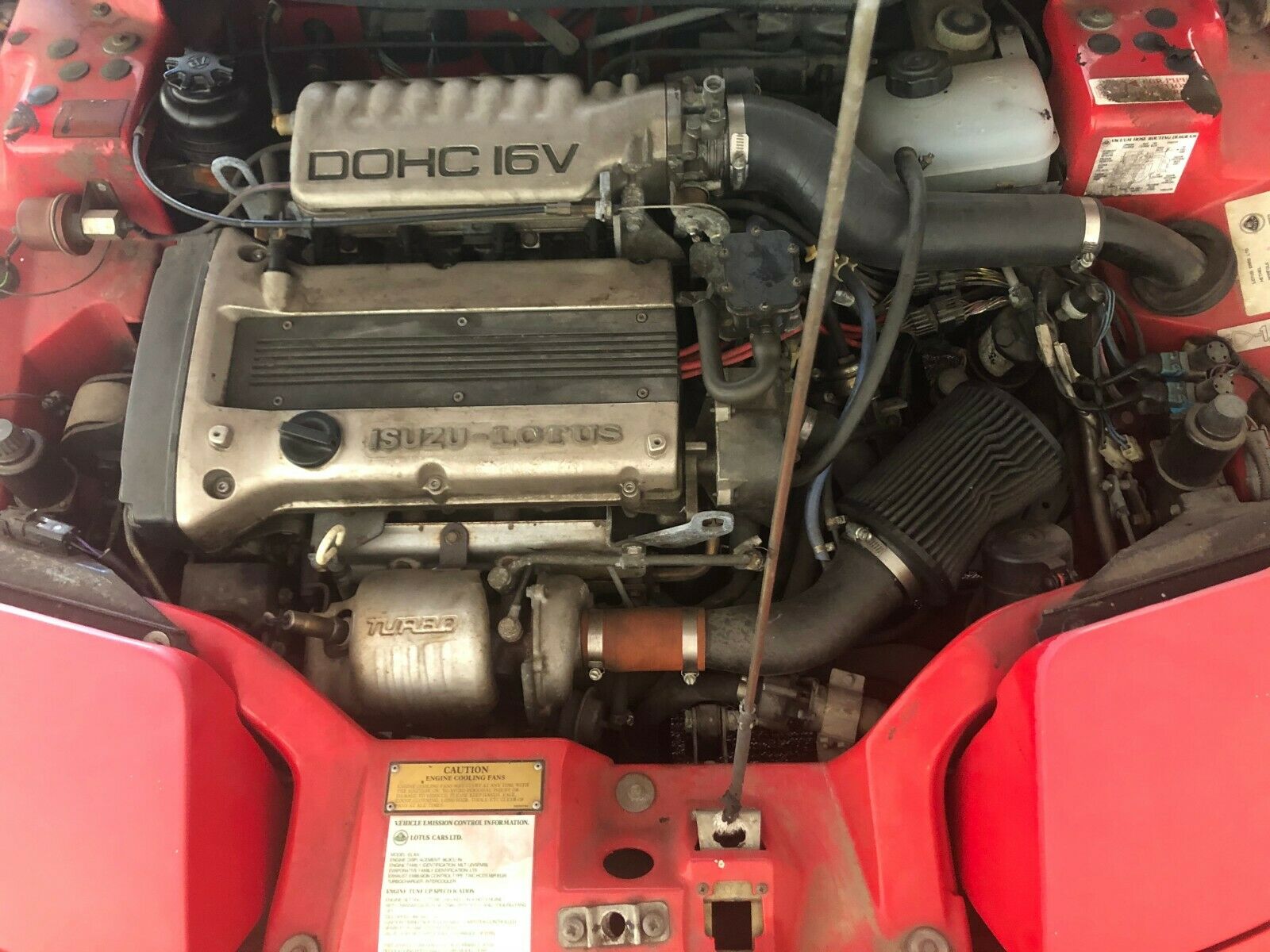 For Sale By: Private Seller Drive Side: Left-hand drive

Warranty: Vehicle does NOT have an existing warranty Interior Color: Black 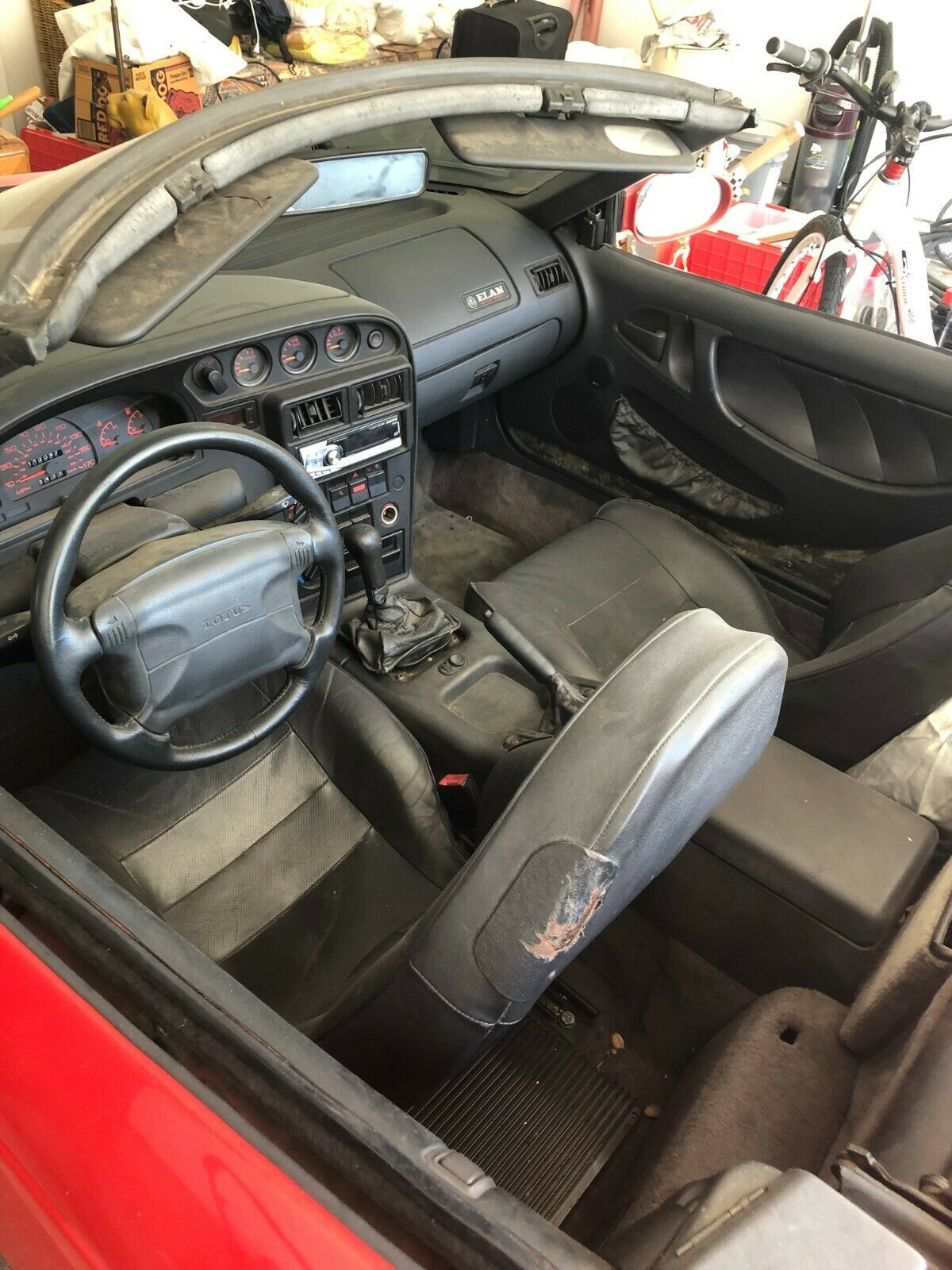 For sale is THE most fun car I’ve ever driven, bar none. It feels as if you are on rails and from my reading, only the Acura NSX comes close. Only 500 were made for the US, and it is 1 of 180 of them that were made to California required specs, so you are in luck if you are a California resident. I hate to get rid of it, but I must make room in the garage. Below is some other information about it.It has never had an issue passing smog.I purchased a new canvas top for it 3 years ago from Lotus UK, paid $1,800 for it, it’s in like new condition. I paid a “window specialist” $800 to seal the top of the windows to where the canvas top meets them, and the guy basically just lined the top with a rubber material that isn’t totally flush. This car is way more fun with the top down anyway. I purchased new tires 2 years ago, paid $650 for them, and they have less than 100 miles on them.Oil changes and tune ups have been kept up.I have all if not most of the invoices for other work that has been done to it, namely recently cv boots and tie rods replaced.The standard engine for this vehicle was made by Isuzu, so it has never been an issue getting parts or service done.If you have any questions, please don’t hesitate to ask. Obviously, if I fielded phone calls from everyone interested, I’d be on the phone all day. If you are seriously interested, and for some reason your questions cannot be answered via email or from the Lotus Elan Forums that exist online, I don’t mind speaking with you via phone. ***I’m being asked what price is the lowest I will accept for the vehicle. It’s an auction starting at $4,500, with no reserve. So, $4,500 is the lowest. I realize the vehicle has some things that need work, hence the starting price. Take a look at the prices on the handful of others that are in better condition, and I think you will find my starting price is more than fair, especially with the condition of the canvas top and tires.*** 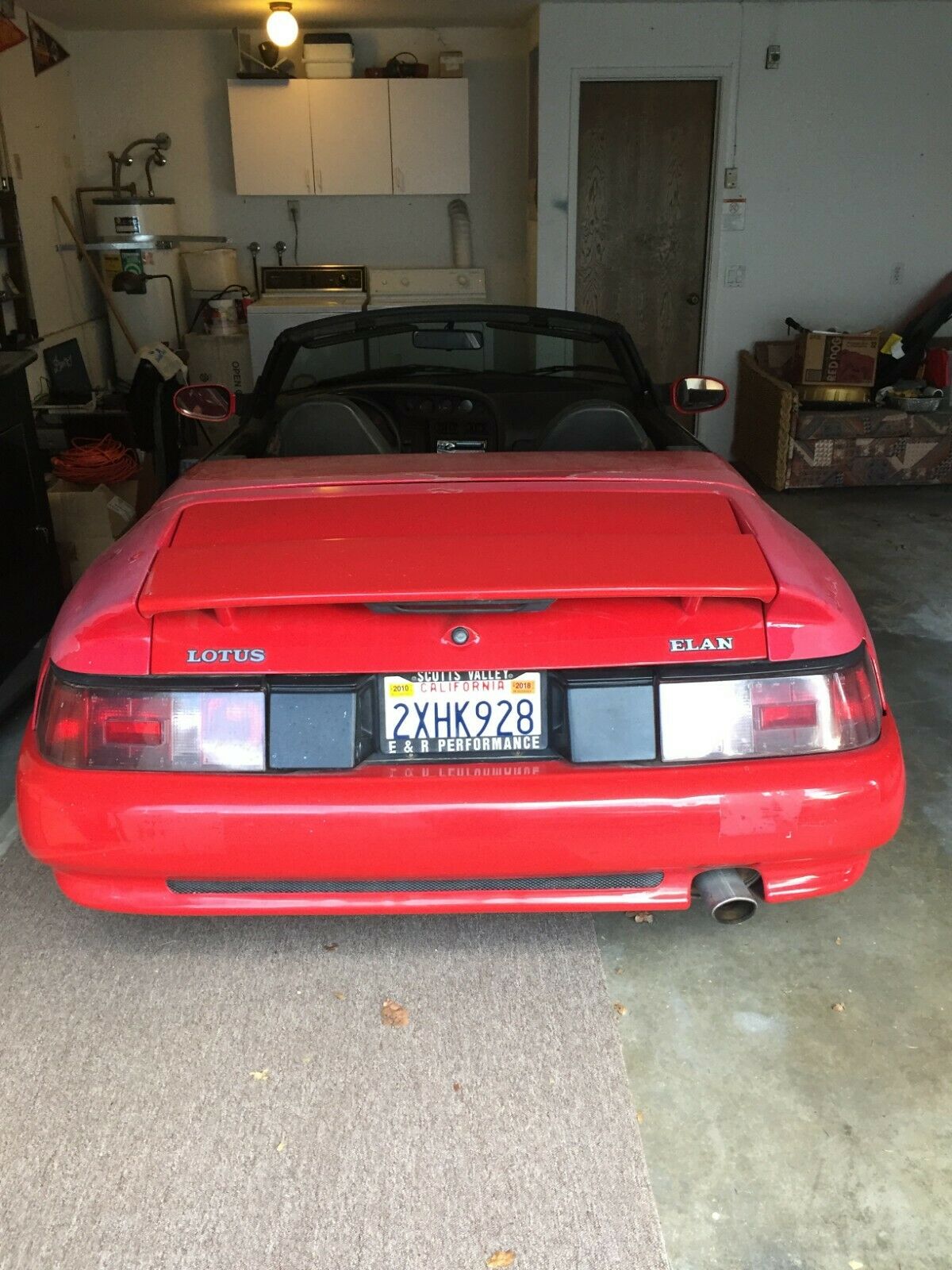 See a better way to hit your red zone? tips@dailyturismo.com