Project Car: Daily Turismo is Entering the ipd $25,000 Build Off!

We’ve decided to enter the little white 242 known as the Daily Turismo Project Car into an awesome competition hosted by Volvo performance parts kings, ipd. The $25,000 Build Off will be giving five lucky winners $5k each towards completing their Volvo project cars. For our entry we are considering an alternate universe Trans-Am racer theme…but we need your input to finalize it!

A few days ago I created this preliminary concept sketch showing one direction we’d like to take the DTPC. Imagine if you will, an alternate universe in which Volvo’s 240 series existed during the golden age of Trans-Am racing, the late ’60s to early ’70s. Now imagine that Volvo created factory 242 Trans-Am racers to compete against the likes of the 1970 Boss 302 Mustang driven by Parnelli Jones and the 1971 AMC Penske Javelin of Mark Donohue. What would that 242 look like? The above sketch is one attempt at answering that question. Trans-Am cues include the angular black chin spoiler, matte blackout panel in the center of the hood, simple black numbers in white circles, and a Gurney flap style rear spoiler. I have taken a lot of inspiration from cars like this ’69 Boss 302 Mustang, seen during DT’s coverage of the Coronado Speed Week last year (the number 83 is actually a coincidence; I chose it because our car was built in 1983). However I would be remiss not to consider the real 242 race cars that proved themselves in the FIA Group A touring car series in the 1980s. I’ve taken the Scandanavian “hockey stick” style graphics from the Nordica livery Group A 242s, as you can see. But instead of stopping the stripes short on the rear quarter panel, the DTPC’s stripes wrap all the way over onto the trunk and connect to the other side. In contrast to the original count of four stripes I’ve gone with three for a simpler, cleaner look. They would be light blue, medium blue and dark blue in order from front to back. 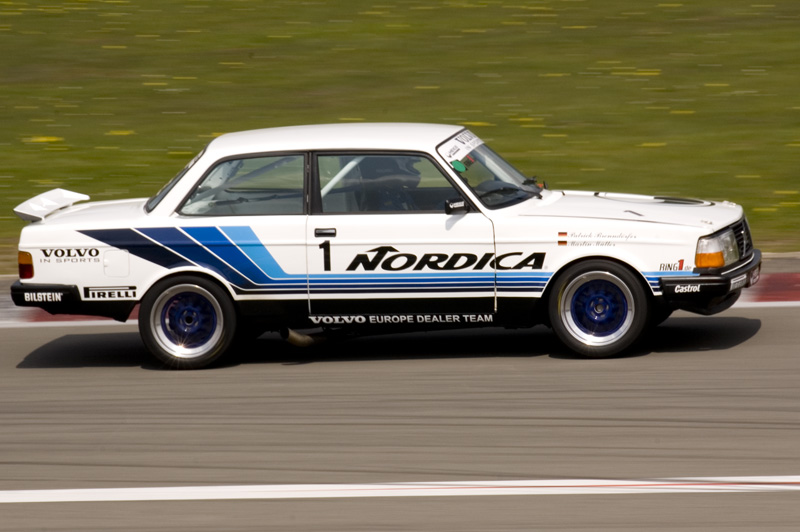 The concept sketch shows a few more modifications: black steel wheels, an earlier 240 flat hood, and some custom aluminum covers to hide the four-eyes rectangular headlights on the track. Alternatively, we at DT are tossing around the idea of Minilite style alloy wheels and a front-end aesthetic change to the early single 7″ round headlights as found on the ’75 through ’80 240 cars. We could also go with a later upright 240 turbo grille and keep the original “coffin” hood and quad lights. But what do you think, DT readers? Give us your feedback, ideas, and heckling below in the comments section! For those of you who missed the original posts, here’s what we are starting with: a clean, refrigerator white, one owner (until 2012) 1983 Volvo 242 with 292,000 miles. It’s got a B23 inline four and an M-46 manual trans, and it needs a lot of attention. But it runs and drives, and should be an excellent blank canvas to start from.

We’ll be keeping the rest of the build plan details under wraps for now but look for more updates and revised concept sketches soon. Applications are due to ipd by April 15, so we still have some time!

Find a full explanation of the $25000 Build Off contest here on ipd’s website. 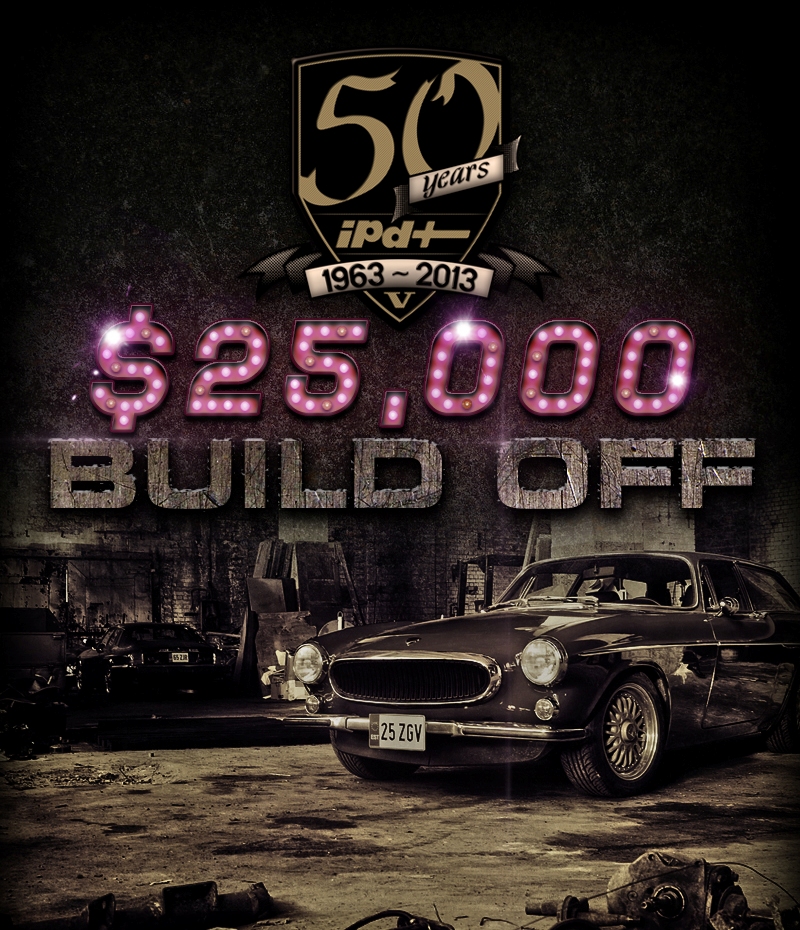