The Mercedes-Benz W105 chassis was colloquially called the Ponton – the German word for Pontoon, a reference to its fender resembling the inflatable section or pontoon from a raft.  The W105 based MBZ 219 certainly handled like a boat and was probably slower than most houseboats when new…that is before you swap in a Chevy V8 and Mustang II steering system.  Find this 1958 Mercedes-Benz 219 W105 Ponton for sale in the Angels Camp, CA for $2200 via craigslist.  Big thanks to tip from Kaibeezy T. 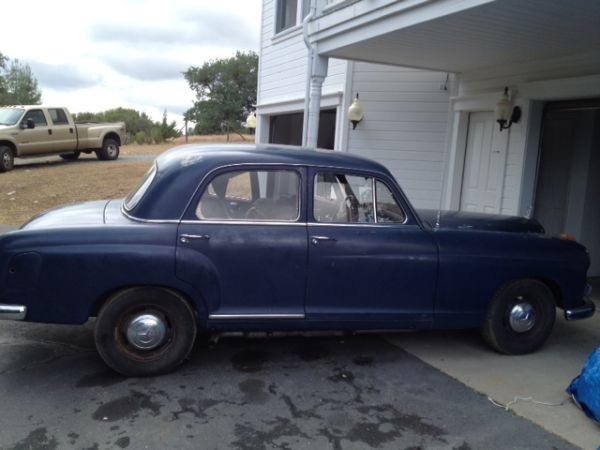 The W105 uses the rear section from the low end W120 chassis, but the front end from the W180 (220a) chassis because it shared the long inline-6.  Confused?  No need, this car has had its inline-6 replaced with a Chevy 350 small block V8 and is steered by a rack-and-pinion system from a 1974 Ford Mustang II. 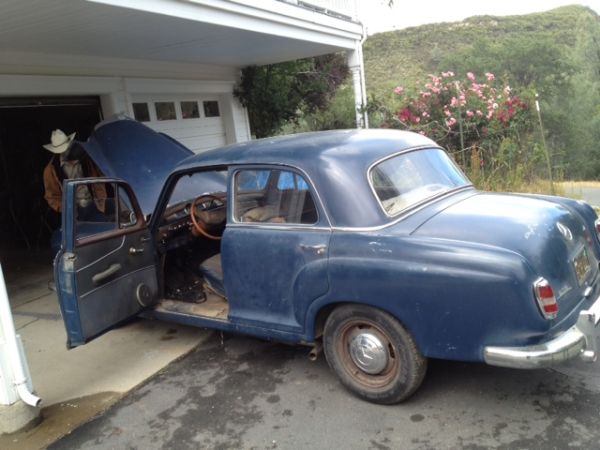 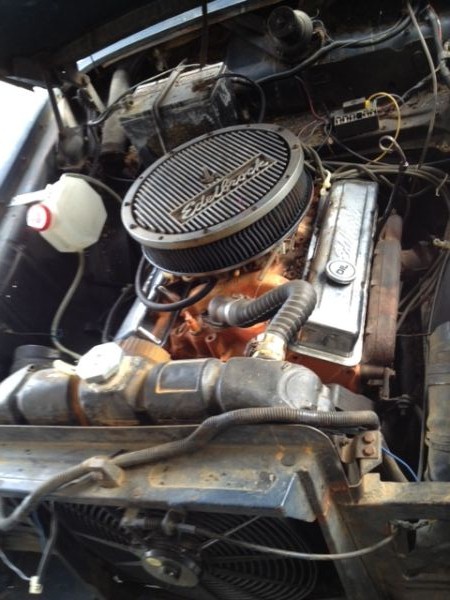 The customization of this car was completed many years ago and it has sat for at least the last 11 years because the owner states it spun a bearing.   With luck the paint is the original Mercedes applied lacquer paint – the stuff is incredible in its ability to survive the elements – and you may be able to buff its single stage surface back to a nice shine.  Any car will rust if given the chance, so with luck the stable this was stored in kept it relatively dry and free from moisture – no indication from the current seller if it has any cancer. 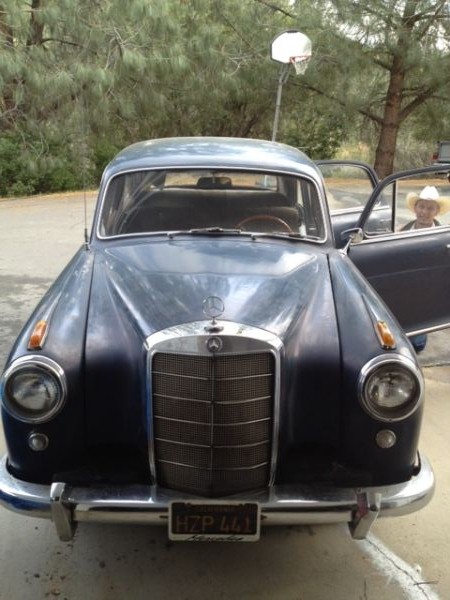 One detail in this ad that we are particularly amused by are the random dudes in cowboy regalia sort of milling around the car.  The location of the car, Angels Camp, is way out in the boonies and makes Stockton look like Manhattan, so be prepared to hear a thick California Central Valley southern drawl and maybe cover up the Hillary 2016 stickers on your Prius…for your own safety.