The fifth generation Dodge Coronet was built on a shared intermediate sized platform with the Plymouth Belvedere/Savoy/GTX/Road Runner and Dodge Charger from 1965 through 1970.  The Coronet 500 did not indicate an engine size, but was simply the destination for the top of the line Coronet that included many features that were optional in less versions.  Find this 1966 Dodge Coronet 500 offered for $9,900 in Orange County, CA via craigslist. 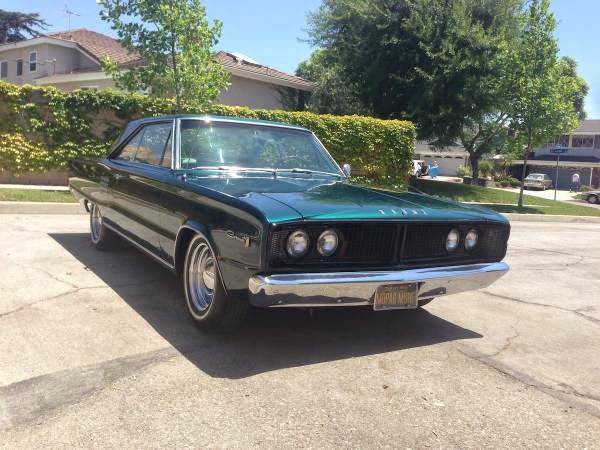 In 1965 the Coronet name was revived for use on a Dodge product, this
time an intermediate sized sedan that immediately became the highest
volume Dodge from a sales perspective. This one is powered by a 383 cubic inch V8 good for 330 horsepower when fed via a 4 barrel carburetor. 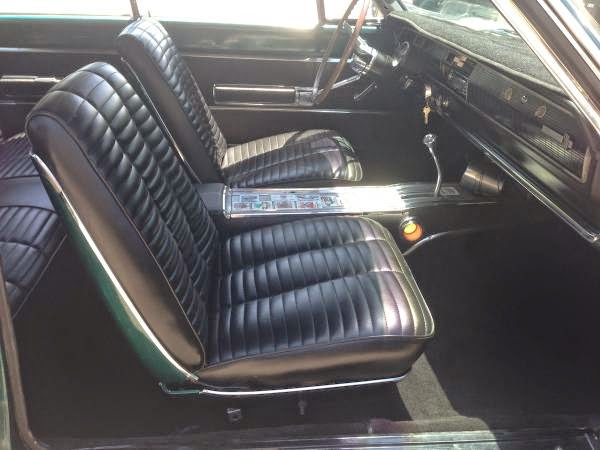 This inside of this Coronet is fairly basic is upgraded to include a center console, floor
mounted shifter and bucket seats. It looks in good shape for the age and is probably original if the claim of 64k miles is correct. 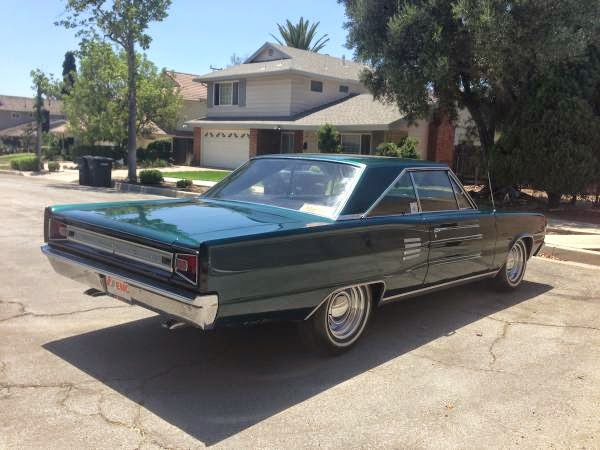 See a cooler way to live the Mopar life? tips@dailyturismo.com