Where is the hemorrhaging wallet badge when you need it?  This next car bled its previous owner in the past 10k miles something of an extraordinary amount of green.  Turbo S front control arms $$k, Front Differential replaced due to slight grinding noise, $$k Rear differential and transfer case fluid flush, Transmission flush with new gasket and filter, Brake pads just done 2 weeks ago $$k.  Any of those maintenance items at a Porsche repair shop or dealer would have been enough to bankrupt the entire Island Nation of Tavalu, but the three combined is brutal…hence the “TAKE THIS POS FROM ME BEFORE IT COSTS ME ANOTHER HOUSE DOWN PAYMENT” asking price.  Find this 2005 Porsche Cayenne Turbo offered for $12,999 in Fairfield, NY via craigslist. From Cory. 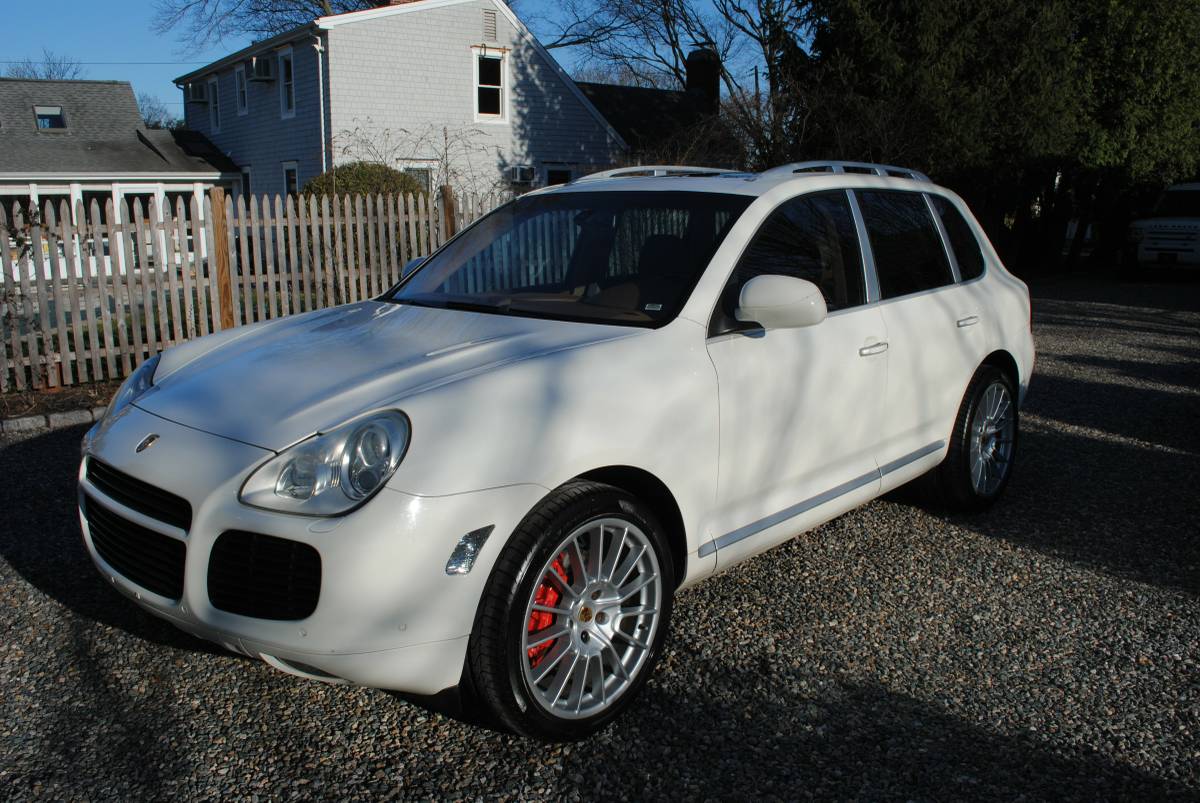 Selling my 2005 Cayenne 955 Turbo. The car has been in my family for the last 8 years. I purchased it with 48,000 miles for my mother Certified Pre-Owned from Porsche of Roslyn NY. Car was always garaged under my mother’s ownership, detailed every 6 months and maintained at Porsche of Fairfield. She dries like the 60 year old woman she is so the car was never abused and turbo’s hardly engaged because it had so much power for her. I bought it off her 4 years ago with 90,000 miles and it was used as a second car. I don’t beat on my cars ever and drive similarly to her lol. My daily driver is a M3 and the cayenne was mainly used for some weekend trips and around town chores. Car is in amazing condition for its age from the paint to the interior. White on Tan is hard to find and especially with the extended leather. Has suede headliner as well. Car has had no accidents and has a clean title.

Some items that were replaced in last 10k miles: 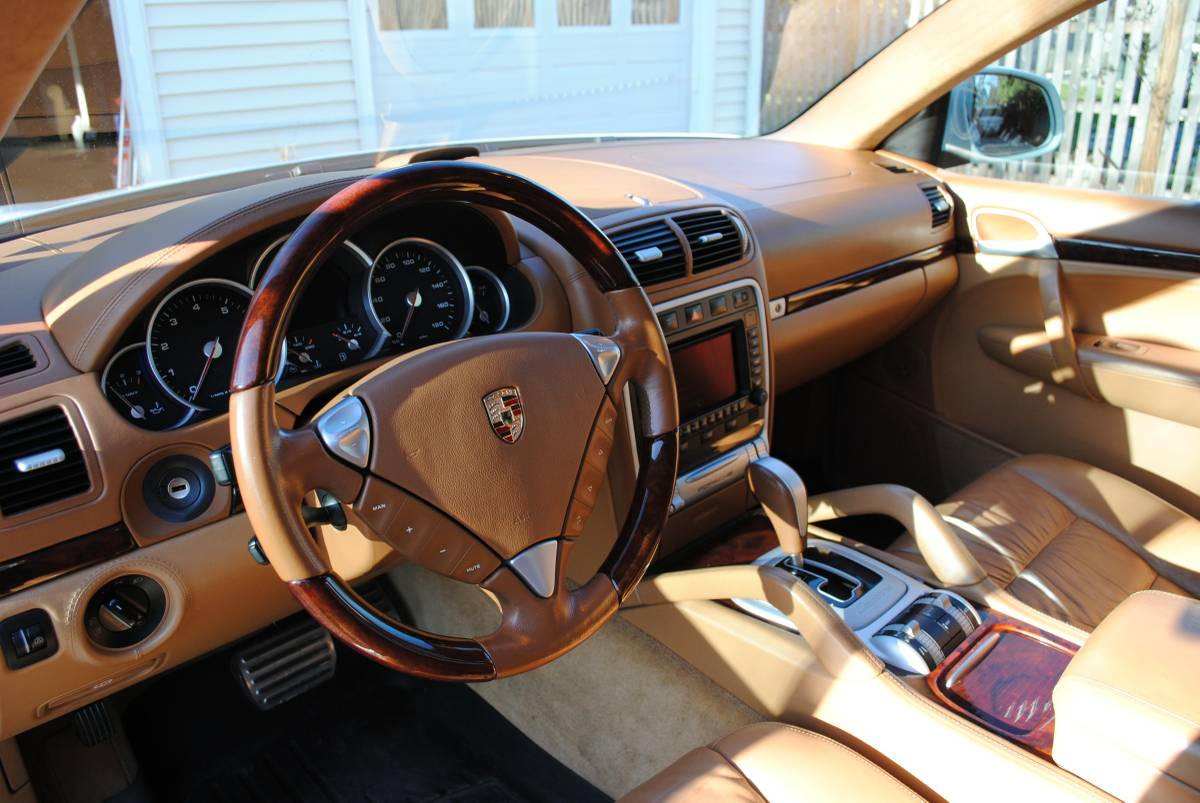 I have two sets of wheels. The ones that are on it in pictures are OEM 21″ Porsche wheels off a newer cayenne. They have Pirelli P Zero tires with 80% tread remaining. The other wheels which are used in the winter with softer sidewall and all-season tires are cayenne sport techno 20″ wheels. I will include both sets but the tires on the winter wheels have one season left on them. I also upgraded the taillights to LED ones. Everything works as it should on the car and it has many many more miles still left. These cars run for well over 200k miles when properly taken care of and this one has been. My friend is the head tech at Porsche of Fairfield and he did the differential. I had him check everything over when he did the diff and he said the car was in great shape. Come take a look and test drive, you will not be disappointed. 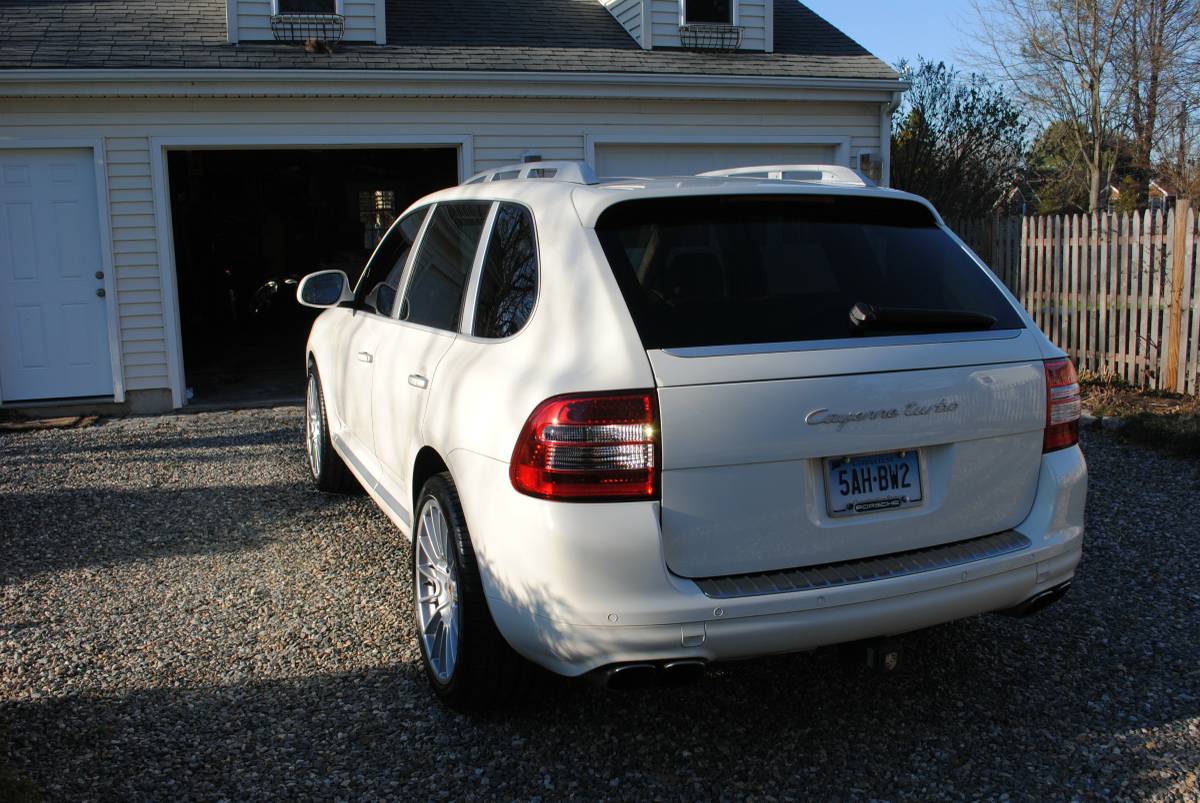 See another car that’ll have the wife going from smile to frown faster than you can say “CHECK ENGINE LIGHT”?  tips@dailyturismo.com