It used to be that you could tell what TV show you were watching by watching the cars. ’64 Chevelle in the driveway = Bewitched, ’67 Pontiac Wagon = My 3 Sons, ’74 Firebird = Rockford Files, ’67 GTO = I Dream of Jeannie. Then there were the Private Eyes: Mannix = Dodge Dart GT Convertible in the early episodes when his brake lines were always getting cut, Cannon = all the cubes he could get under the hood along with the biggest door in the industry in his 460 powered, 2 door Lincoln. Don’t forget Robert Urich, he got cool cars in both his shows, a ’57 T-bird in Vegas and a ’66 Mustang Fastback in Spenser for Hire. Hell, even the cowboys of Bonanza’s reliably drove Chevys! Then of course came the BMWs.  Avery Brooks’s all white BMW in Spenser, Bruce Willis’ BMW in Moonlighting. Magnum’s Ferrari…et cetera. But the crown of all TV show cars has to go to Colombo’s 403 Peugeot.

This week, you’re charged with coming up with the signature car for a new TV series. Feel free to invent the series and/or the hero’s car. After all, Seinfeld immortalized Saab with the horrendous BO episode. 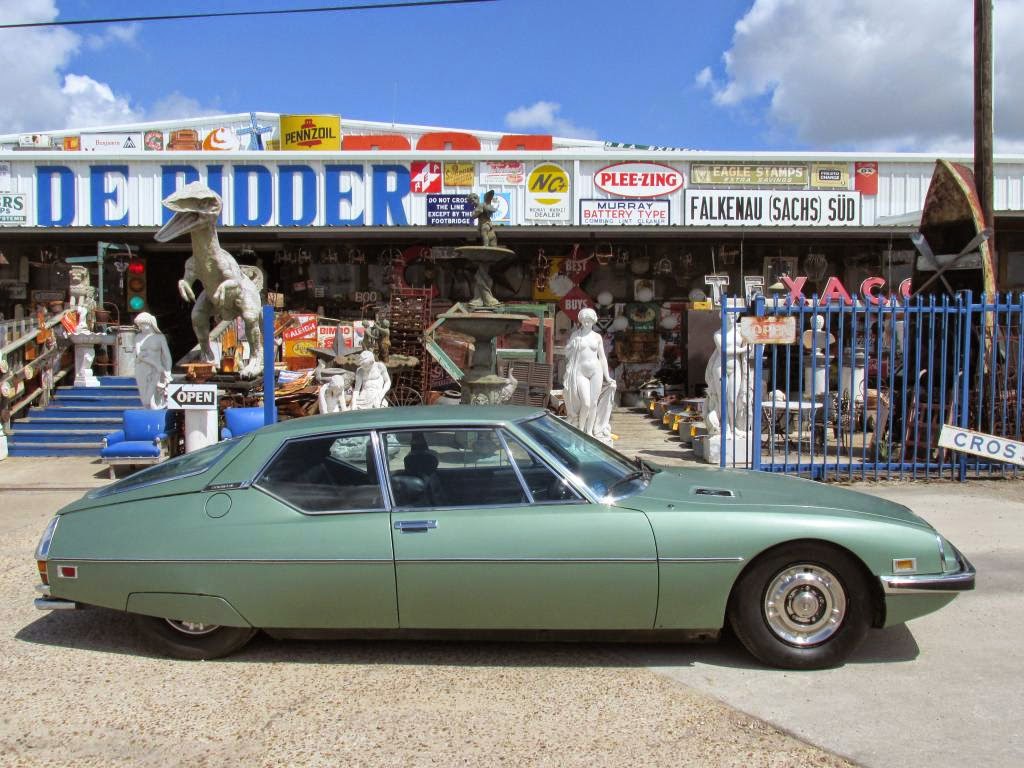 I think that a reboot of Columbo is long overdue in the current revivalist mood in tinsel town, and what better car for the 21st century version of Peter Falk to drive than this 1973 Citroën SM

currently bidding on ebay for $4,450 reserve-not-met with 3 days to go, located in Sunnyvale, TX. Lt. Frank Columbo will be played by Robert Downey Jr. who will mumble a lot and treat the SM like his baby.

What is your show and car?  Comments below.