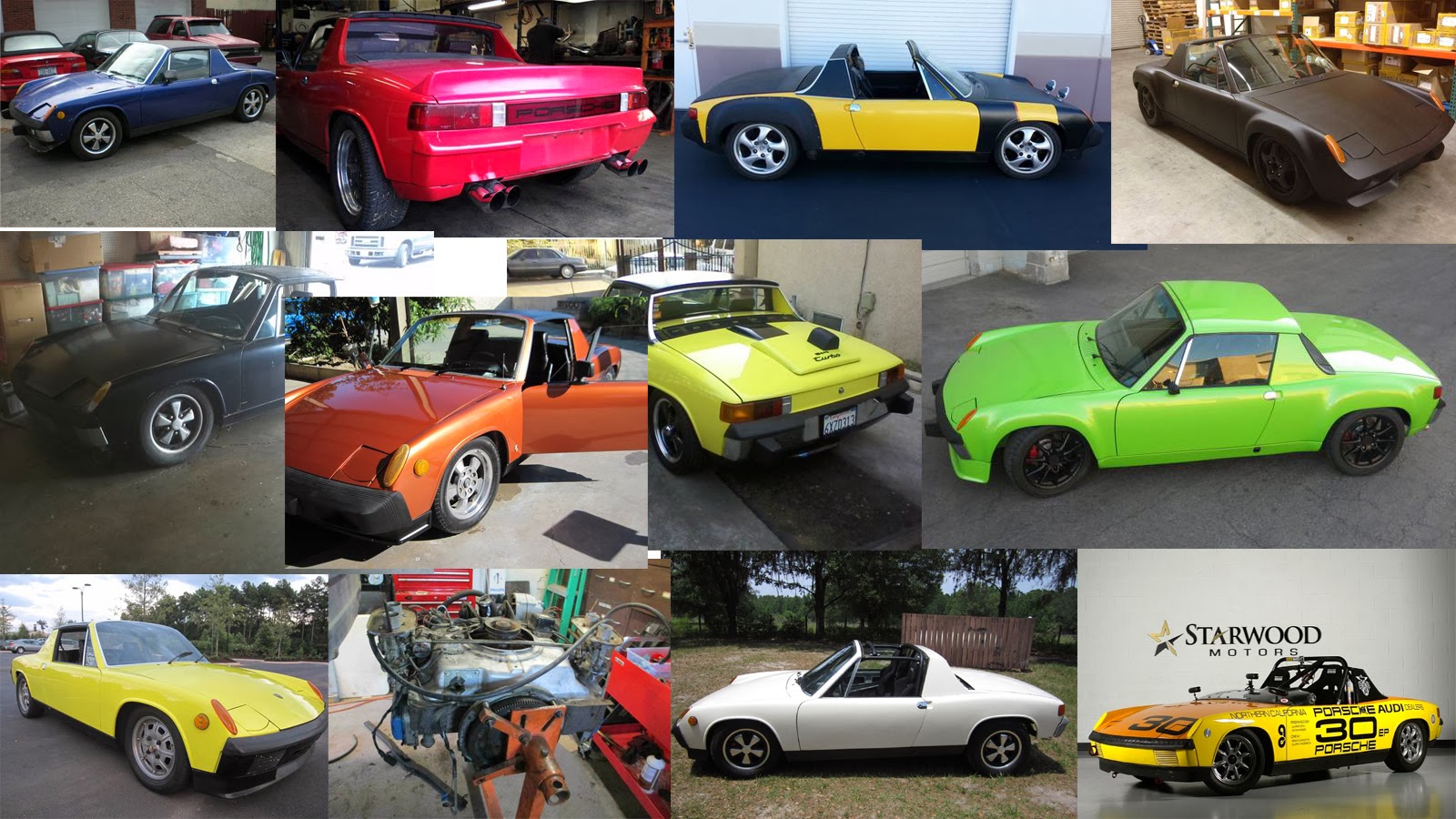 The Porsche 914 is a decent bargain for a mid-engined German car designed in the 1960s, but only if you are careful and avoid the garbage people are selling out there.  To help you out today we’ve sequestered a dozen of these mid-engined go-karts and will help you pick a good one. Starting at the bottom of the market, we’ve got a 1973 914 offered for $2,500 via craigslist in Lake Forest, CA.  This isn’t your average 914 as the stock flat-4 has been replaced with a 13B rotary engine from a Mazda RX-7.  The seller includes few details on the build, but we’d expect it is a stock 160 hp NA version and once properly sorted will put out twice the original power with less weight.  It is a great upgrade if you don’t mind the sound of a million bees coming from the exhaust pipes. 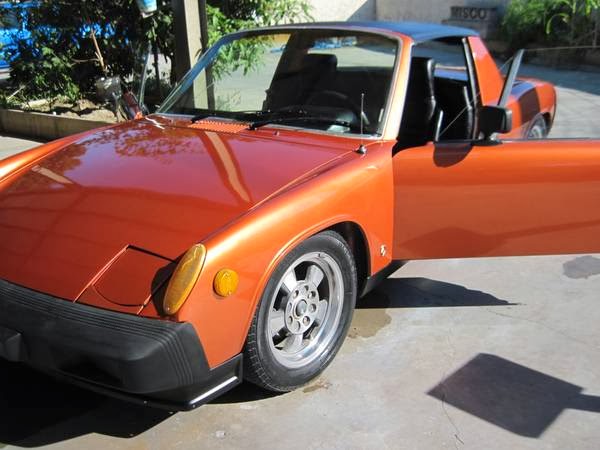 Next up is a recently repainted 1974 914 for $4,500 via craigslist, located in Long Beach, CA.  Being a ’74 it is fuel injected and powered by either the 85hp 1.8 liter or 100 hp 2.0 liter – probably the 1.8 because the seller doesn’t specify.  If the paint was well done and everything checks out, this would be well purchased around this price. 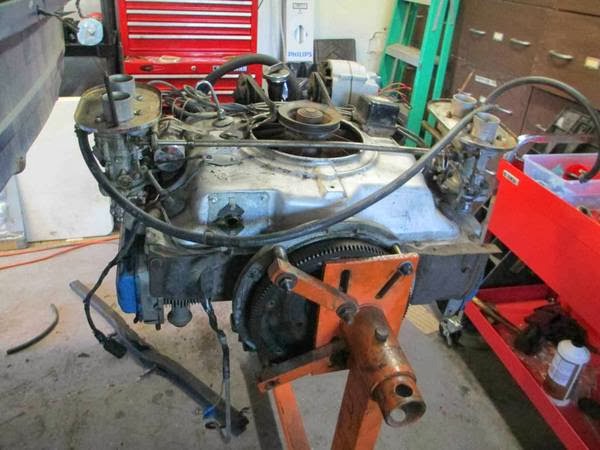 A walk on the wacky side gives us some modified Porsche 914s, because lets face it, no one is going to be happy with 100 horsepower in today’s world of 270 horsepower minivans.  First up is a 1972 914 with a Corvair flat-6 conversion project for $3500 in pieces or $4500 assembled in Corvallis, OR.  Now, I know what you’re thinking, what are the chances this guy actually finishes the project after you give him $4500 vs. spending it on meth lab supplies…so just buy the pieces and do it yourself. 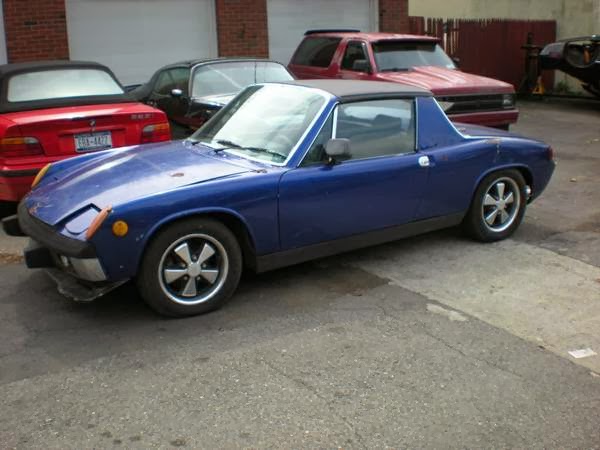 Maybe you don’t mind a project, but you at least want the engine shoved in the car…you don’t have any problem with rust, do you?  This 1973 914 with Chevy V8 is a fair deal at $4500 in Peekskill, NY and as the seller says “all the hard work is done”.  Hard work must have included driving it into a lake. This next 1974 914 Chevy V8 conversion offered for $6500 in the City of Sin, NV has run in the last decade and looks less cosmetically challenged than the previous listing…but…the seller says the car has too much structural rust.  Great for a welder, fabricator or idiot. 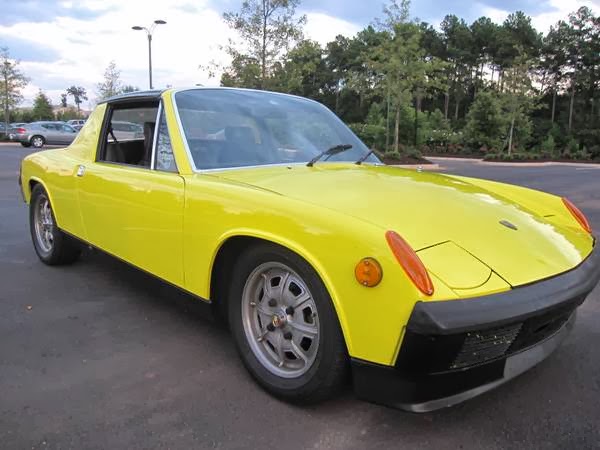 Yet another renegade hybrids conversion – this 1972 914 Chevy V8 for $8900 in Greenville, SC is said to be well sorted, non-rusty and nice inside/out.  Seems like a good deal compared to some of these other examples, especially if it is as nice in person as the seller claims. 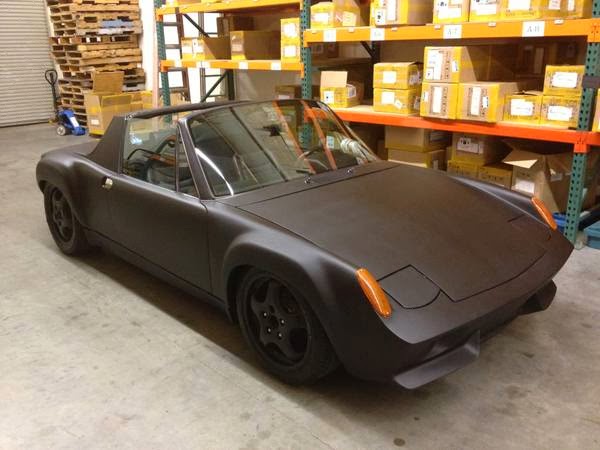 What good is a V8 conversion if everyone in a 12 block radius doesn’t know…and even when the car isn’t running it’s stealth plane paint job will let everyone know you mean business.  This 1972 914 V8 can be found in a warehouse in Camarillo, CA for $11,500 via craigslist. 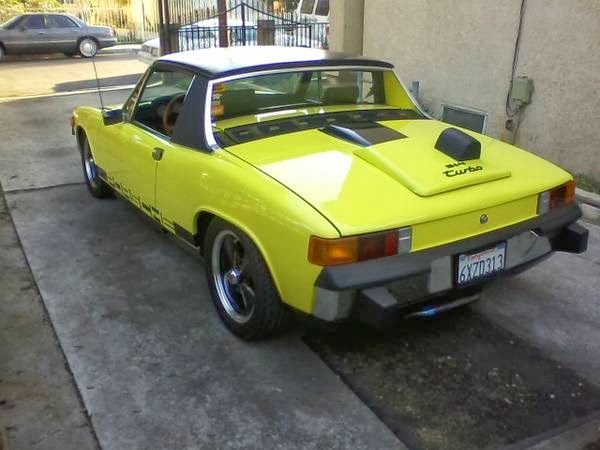 Don’t like V8 conversions, but still want more power – how about this 1972 914 Turbo offered for $11,500 via craigslist. Hope you don’t mind cars that look like they have spinal cancer because this one has a few camel humps in the back to conceal the turbo and feed the intercooler. 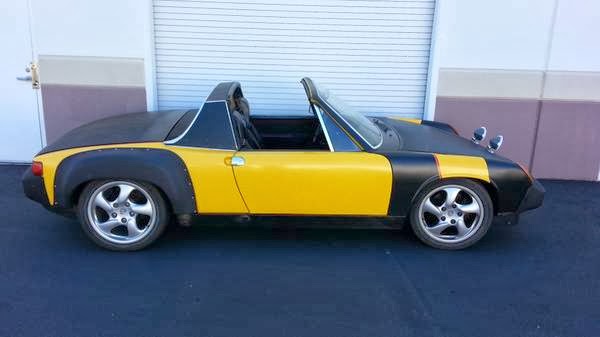 If you hate V8s and despise the noise and lag of a turbo, why not step into a 1975 914 with 911 Flat-6 power for $15,250 in Carlsbad, CA.  You will need to deal with a patchwork paint job that looks like something pulled out of a circus clown’s toilet, but it does have a Porsche engine in the back. 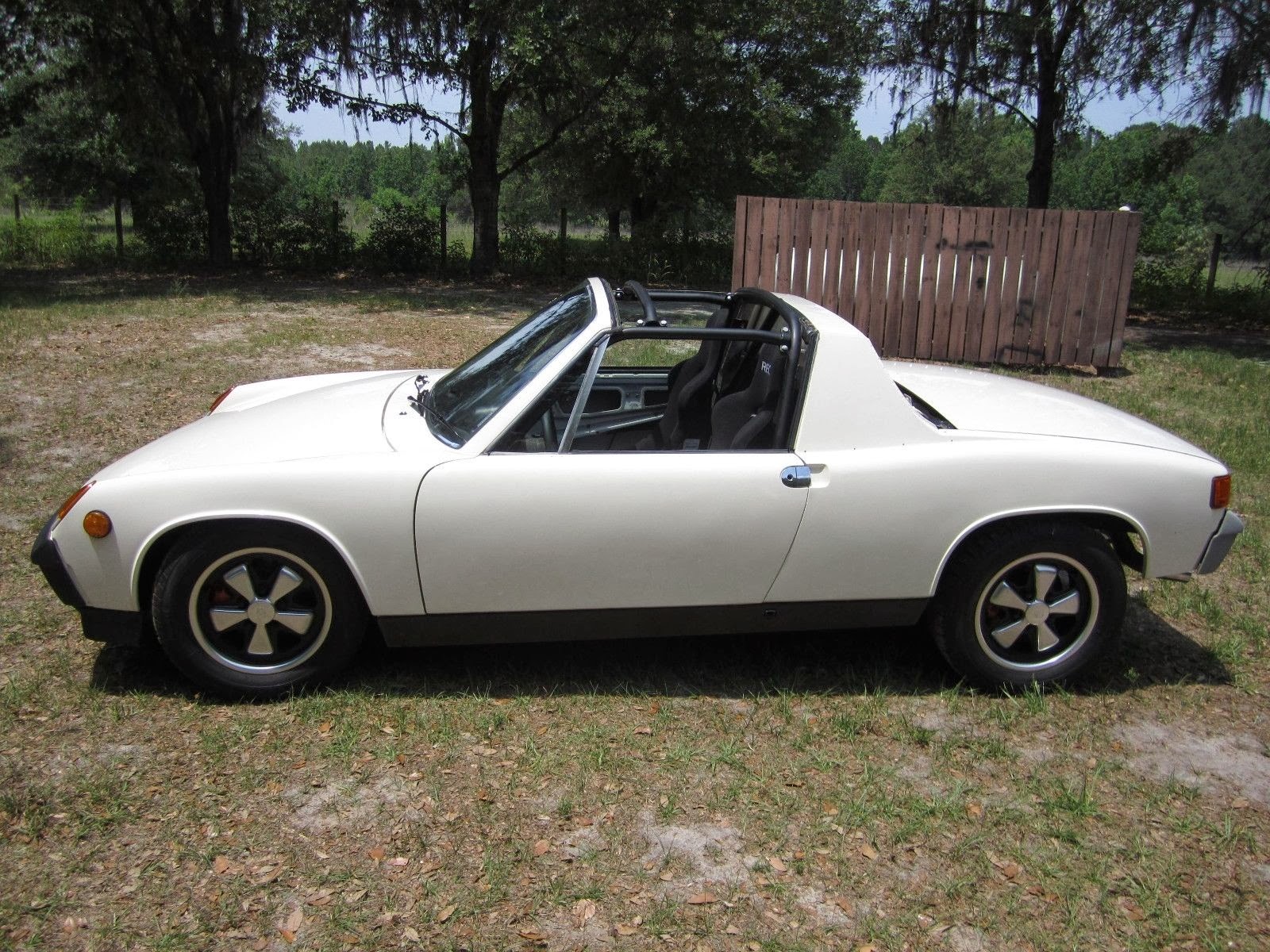 What about factory Porsche flat-6 power?  Sure, you can pick up this 1970 Porsche 914-6 for $30k buy-it-now on ebay.  The 914-6 market has certainly picked up in the past decade and now easily competes with 911/912s from the same era.  But it is sort of like dating someone with an ugly face; sure you can tell people that under the covers everything is the same, but you’d still prefer the good looking one.  914-6 enthusiasts will tell you it is more rare than a 911-T etc.  But rarity isn’t always good.  Syphilis is rare.  So is smallpox.  Or being bitten by an electric eel. 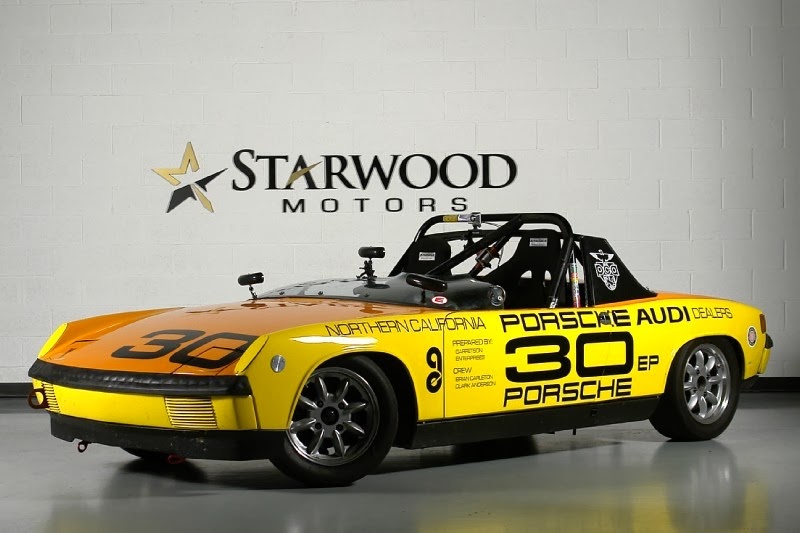 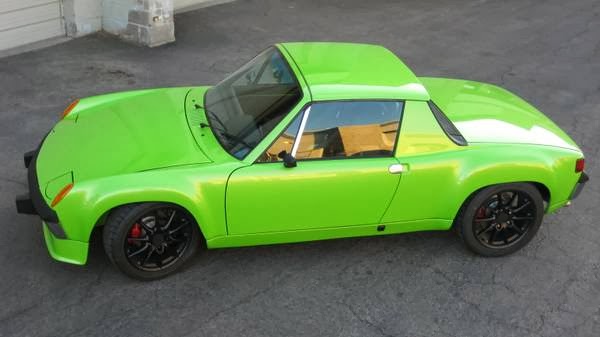 If money is no object and you just want the fastest, craziest 914 you can find…oh…and you are a huge fan of the Green Arrow, Green Lantern or the Hulk….and are 12 years old, then this 1974 Porsche 914 with WRX power offered for $45k obo via craigslist in Scottsdale, AZ is a great bet.

See a 914 that we missed? email us here: tips@dailyturismo.com