Raphael Orlove of Jalopnik just released the car-nut equivalent of March Madness — a bracket style competition of 64 beaters, all competing for a shot at glory.  Readers of the site will be able to vote on which car moves forward and is eventually crowned the winner, you can read the full article about the unfortunately named March Madness Beat-Off here. 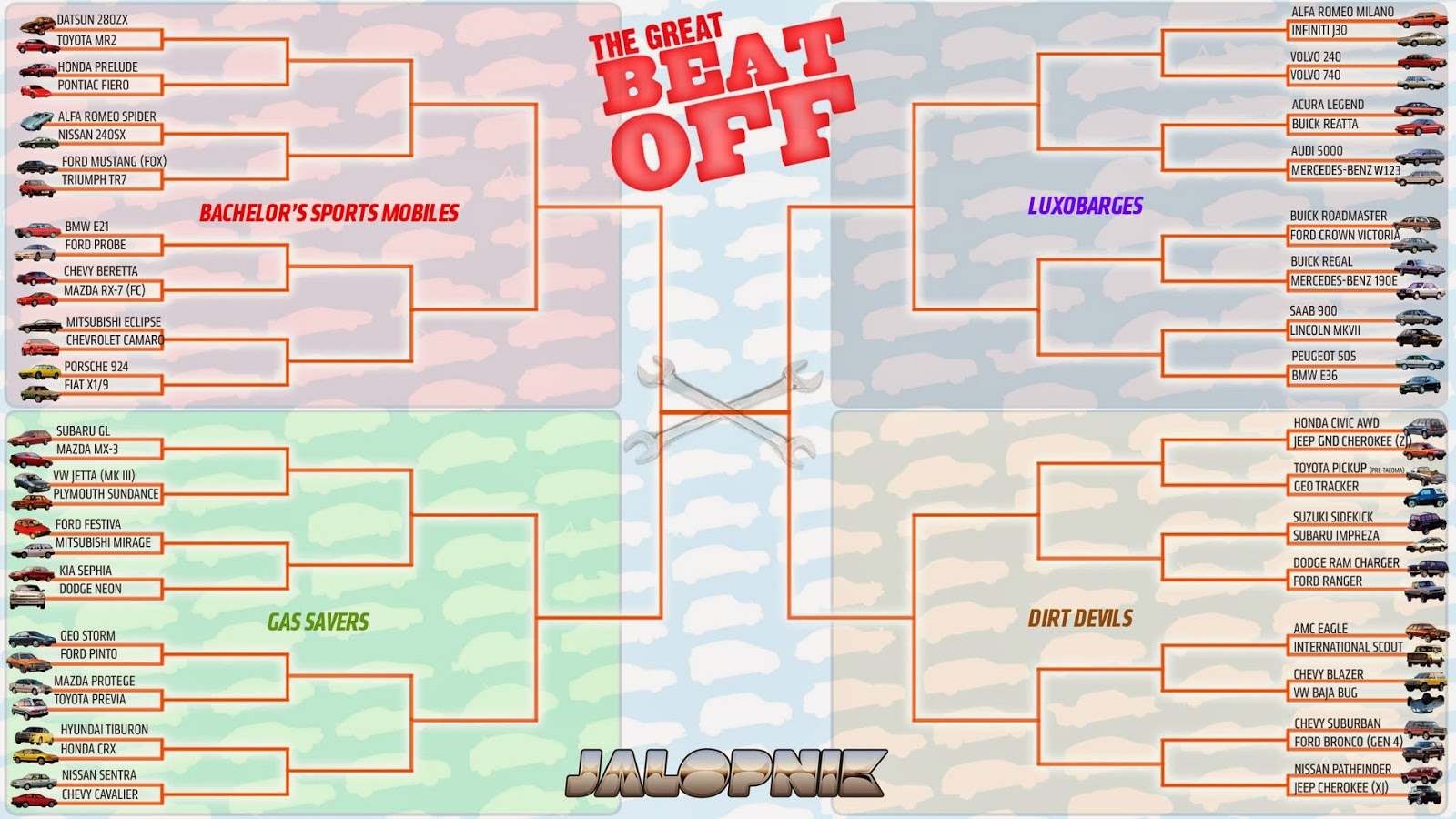 It is an awesome list of 64 of the best 80s/90s beaters known to man…and regular cars featured on DT with a few exceptions.  Feel free to put in your predictions for the final four in the comments below.