The USA has always been advertised as a kind of melting pot, where folks with different ideas, ideals, and chest hair can all get along together.  It might even be possible that rednecks and redcoats could work together on a custom car…and the end result might not be that bad.  So, if your idea of an afternoon snack consists of brewing a pot of Earl Grey tea, and then dipping baby back ribs into your fine china tea cup…this next ride might be for you.  Find this 1984 Jaguar XJ6 Monster Truck offered for $3,500 in Spokane, WA via craigslist.  Tip from SeanT. 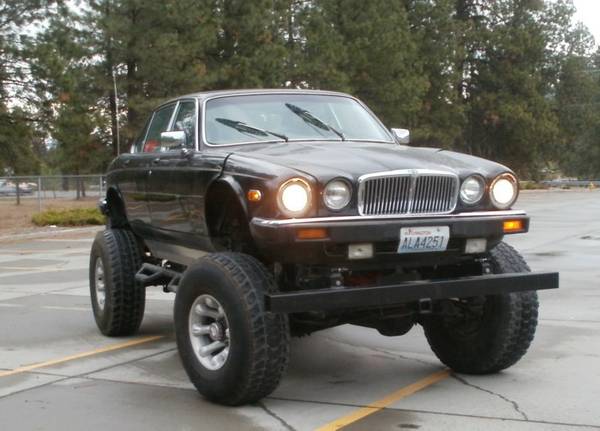 The Series III Jaguar XJ6 in not an uncommon sight on the road today, and for good reason because over 130k produced between 1979 and 1992.  Unfortunately for the XJ, it can be an expensive car to repair when something goes wrong…and…something always goes wrong.  As any Saab owner will tell you, when you mix dodgy reliability with complexity and decent sales volume you end up with a market of cars consisting of well maintained premium examples, cars in the middle ground worth about the cost of the next major repair, and the sum-of-their-parts cars that are just looking to be dropped onto a Ford F-250 chassis. 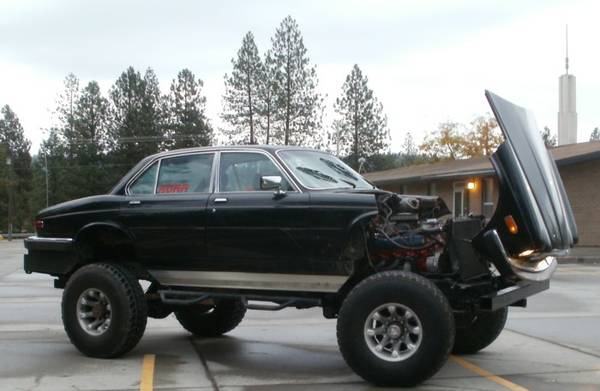 Little remains of the Jagaur in this beast, the suspension and chassis is from a 1984 Ford F-250 4X4 3/4 ton pickup and the engine is a Ford 460 big block with a spattering of Edelbrock bolt-on performance parts.  Power is…unknown, but it is described as being “throaty” and “beefy” — or maybe that is Taco Bell’s latest Chaluparitto…it isn’t clear to me. 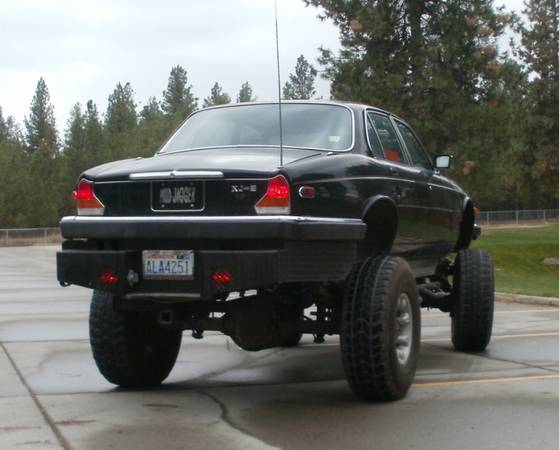