This next car is a  late model Japanese sport sedan that threatened BMW’s 3-series for the title of king of the luxury sport 4-doors when it was released in 2003.  The Infiniti G35 wasn’t available in a spec that could compete with BMW’s M3, but it was available with Nissan’s fantastic V6 and today will run you a fraction of the price of a similar condition 335i.  So skip the BMW hype and get the next better thing, this 2006 Infiniti G35 offered for $7,950 in Milpitas, CA via craigslist.

The G35 is powered by a 298 horsepower and 258 ft-lbs of torque version of Nissan’s VQ35DE (up a few hp from the earlier ’03-’04 model years).  The award winning V6 is located far back in the chassis (Nissan calls it FM -front midships) mated to a 6-speed manual gearbox that is connected to a viscous limited slip differential out back.  It sounds really good on paper…but why are they so inexpensive? 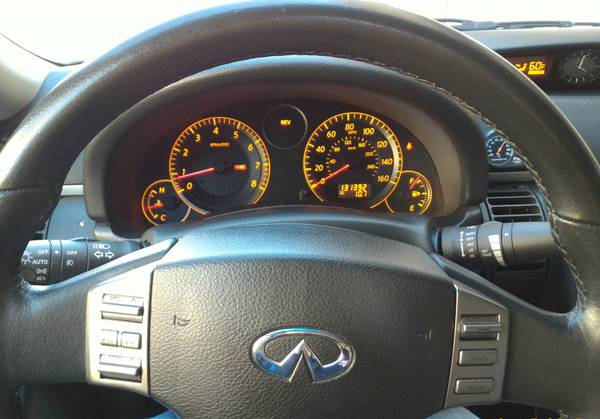 Oh yeah.  There it is.  The G35 interior is a collection of hard plastics, cheap looking gauges, and stuff that was rejected from a 90s Subaru.  The seats aren’t bad, but every touch surface, switch, button, and handle is really cheesy.   But, if you can get past the interior, these are really nice cars. 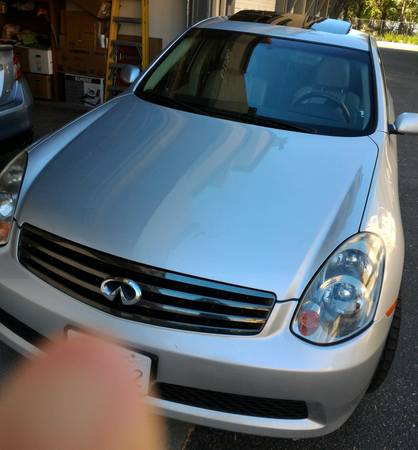 See another modern driver worth a thumbsup? tips@dailyturismo.com