If you plop the words Toyota Prius or Honda Accord into the search field of your local craigslist, you will typically find a menagerie of similar cars with similar prices, but finding the doppelganger of something as rare/odd as a E320 Wagon…that’s gotta mean something…like maybe time another DT face off!  Which would you drive? This 1994 Mercedes-Benz E320 Wagon offered for $4,950 in Anaheim, CA or this 1995 Mercedes-Benz E320 Wagon offered for $3,650 in San Diego, CA — both on craigslist.

At first glance this seems to be a potato-potahto kind of a choice — they are both covered in a shade of Mercedes beige with tan leather, both are E320 Wagons…not much difference other than the price…but you can’t just go with the cheaper one…you gotta dig deeper.  What about miles?  177k miles on the 1994, 117k miles on the 95 — that is interesting given the higher asking price for the higher mile car…gotta start looking at options and condition. 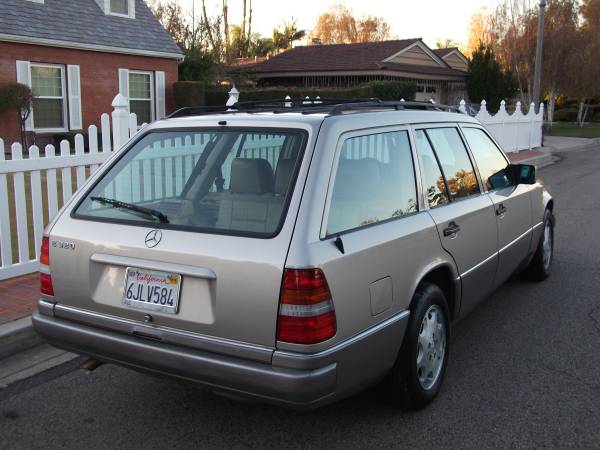 As far as options, these might seem identical, but the ’94 has those cute little headlight wipers, which is probably part of some cold weather pack…cool…but just another thing to break.  Both have rear facing seats for 6th and 7th passenger.  What about condition?  They both look nice in the pictures, but the 94 offers a few perks like new tires, new Bosch battery, new brakes — those items alone could add up to the difference in asking price.  However, to me, the number one reason to go with the 95 example is because it has its original 1995 California license plate, while the ’94 has a 6JLV plate indicating it got new plates sometime in the past decade…not a deal breaker for sure, but for my money I’m gonna go with the car that I know hasn’t seen salt. 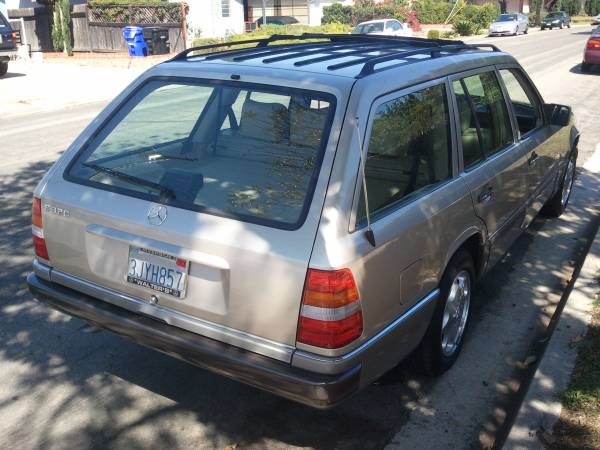 See another set of twins for sale? tips@dailyturismo.com

Coffee Brake: What Do You Want For Christmas? Almost A Classic: 1980 Toyota Corolla TE72