The Chevrolet Cavalier was launched in 1988 as Chevrolet’s compact economy car, following in the footsteps of the Monza, Nova, Corvair, etc.  It is telling that Chevrolet has renamed its compact car twice since the Cavalier bowed out of the market in 2005 (first Cobalt and then Cruze) as opposed to a company like Honda that continues to proudly produce Civics for decades.  Chevrolet management seems to want to sweet the performance/reliability/public-perception of their previous generation compact under the rug like it has a bad case of scabies and introduce an all new model that won’t have the same perception of being a total pile of crap. It is somewhat a rigged game as years of bad product released during the 70s/80s (when the Japanese were putting out cars that did last 300k miles) have given a bad stigma to GM’s recent compacts which aren’t that bad compared to their competition.  Meandering tangent aside, it was thought that the strangest Cavalier custom was the ’84 Cavalier Boat featured a few months back…until this 1990 1995 to 2005 Chevrolet Cavalier Trike offered for $4,500 in Springfield, MO showed up as a tip from slowcarSLOW-MPGlol, updated model year info from Zach. 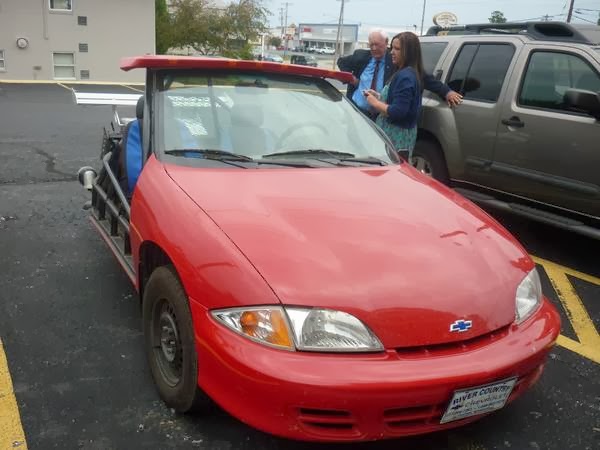 Instead of giving this car the usual DT dissection, we are going to lip read what the potential buyers in the pics are saying:

Lady: Will a car seat fit in the back?

Dude with tie:  I swear on the phone you said this was a stock Cavalier and your name was Mike.

Lady: What kind of MPG does it get?

Dude with tie: I drove all the way out here for this.

Lady: Will a Starbeans Venti cup fit in the cupholder? 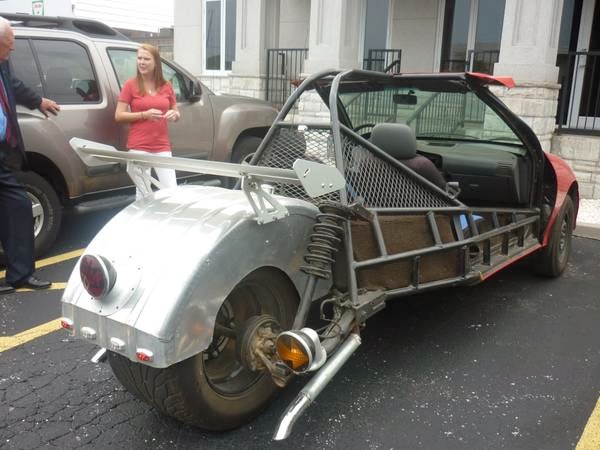 2nd Lady: Do you have all the maintenance records?

Dude with tie: Is it stock?

2nd Lady: Do you think this would be a good first car for a teenager?

Dude with tie: I lost my shirt in the stock market this week; need to sell my Mercedes and pick up something cheap for the commute.

2nd Lady: Do I need to wear a helmet when I drive this thing?

Dude with tie: I’d go home now, but my hand is super glued to this Xterra. 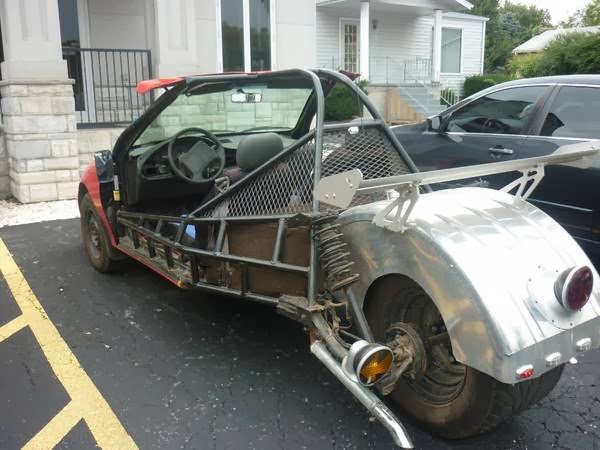 See a better way to split lanes on the highway in comfort?  tips@dailyturismo.com