There is no way to put this delicately, especially for people unfamiliar with the concept.  Automobile racing is catastrophically expensive.   Brutally, pocket emptying, wallet just raided by the mob and now your kids need braces expensive.  The worst part is that you can’t simply dabble in racing because you will be beaten by folks who spend more money, and you will be forced to open the pocket book to compete.  The only way to be remotely frugal is to pick up money spent by a previous owner and hope that nothing blows up on your first outing.  Find this 1995 Mazda MX-5 Miata

for sale in Portland, OR currently bidding on ebay for $4,150 with 2 days to go. 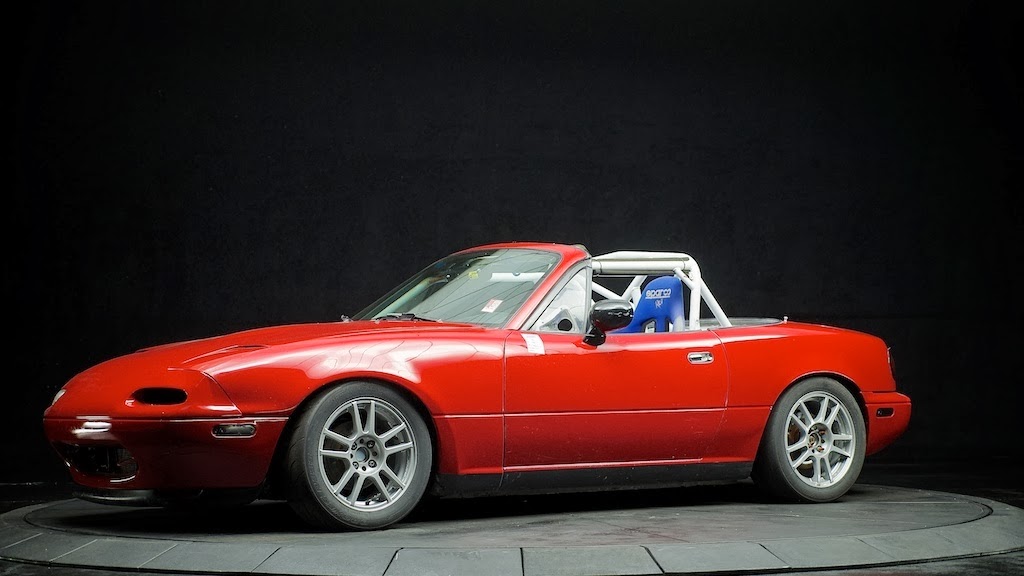 This MX-5 has been prepared to race in a series called Spec Miata, which is a great way for someone new to racing to get acquainted with the process of being beaten by people who spend more money each race.  You rebuild your engine once a season, others will rebuild it between each race.  Spec Miata is as close as you can get to Stock Car racing for amateurs on a road course and you will find that nothing is Spec about a Spec Miata. 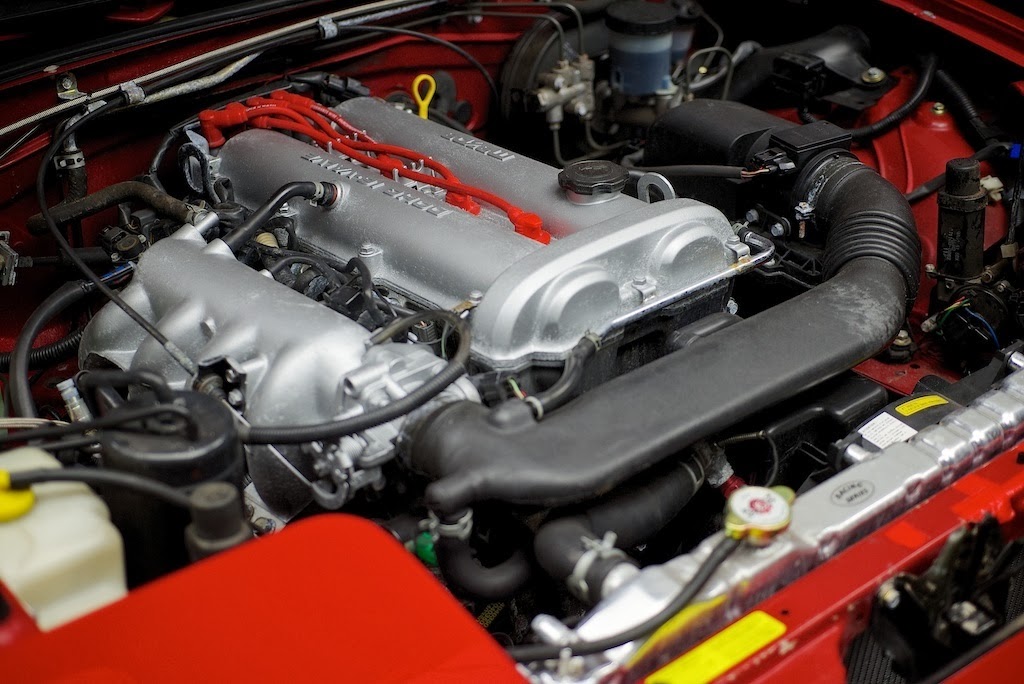 The 1.8 liter BP engine in the MX-5 was rated at 131 horsepower when new in 1995 and while Spec Miata rules state stock engine with a free-flowing exhaust, don’t be surprised if this thing puts more than 131 horsepower to the rear wheels. 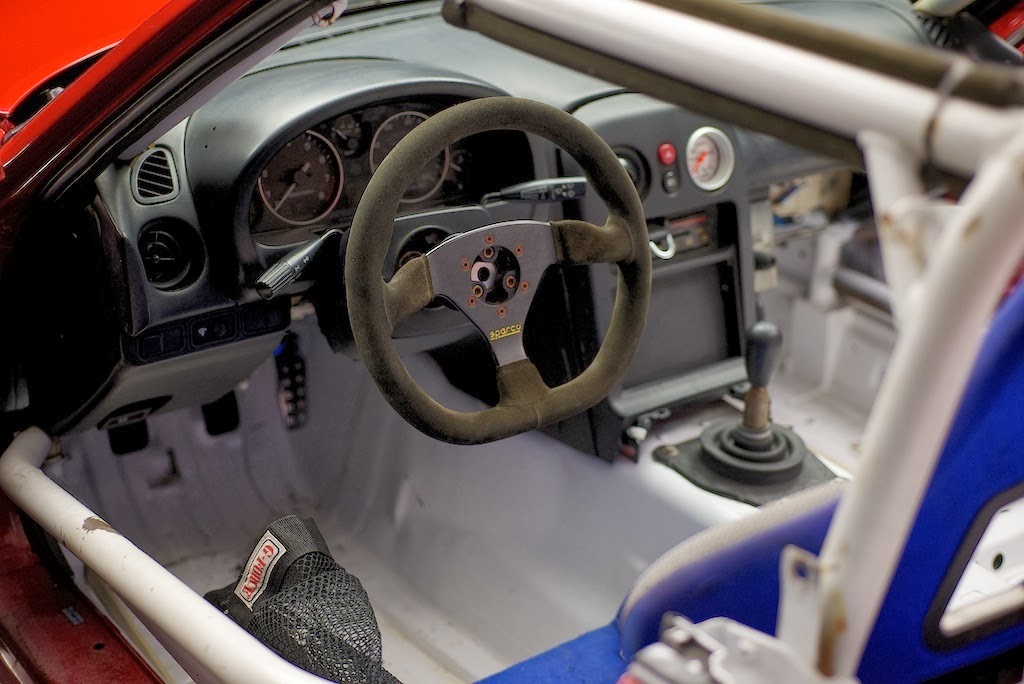 The interior is spartan because this is a race car.  No seat heaters or stereo, just a sparco steering wheel and only items absolutely necessary for going fast. 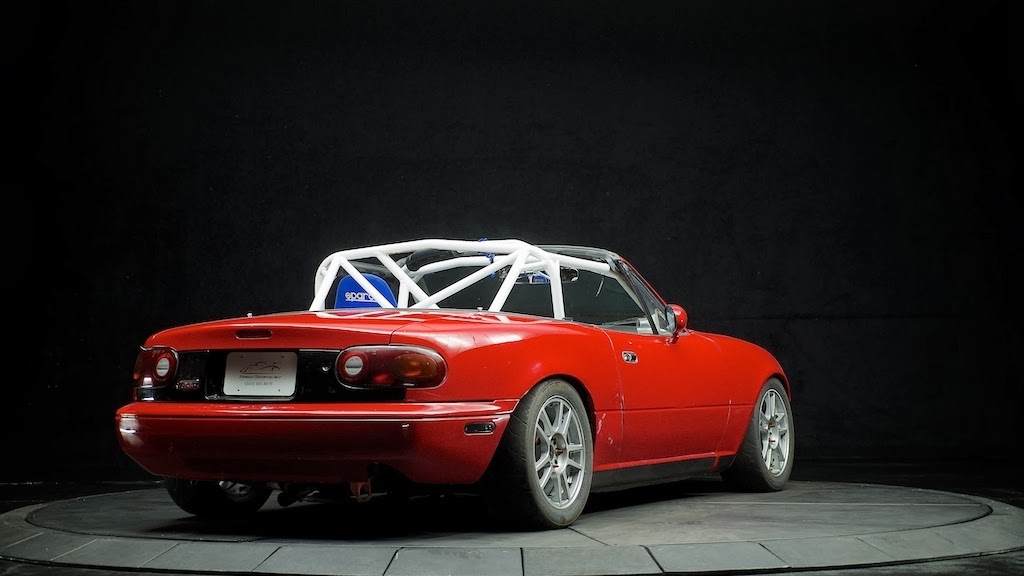 See a cheaper way to jump on the track and lose to more experienced/wealthy racers? tips@dailyturismo.com