The Nissan Bluebird was sold as the Datsun 510 from 1968 to 1973 and has
a reputation as a poor man’s BMW 2002.  Equipped with a stock engine
and suspension, the 510 is a bit of a snooze to drive, but bolt on some
go-fast goodies and the 2200 lb chassis comes alive. However, if you wanted fun in the sun, you needed to go elsewhere as the 510 was only available with a fixed roof, however, that didn’t stop a customizer from building one.  Find this 1971 Datsun 510 Convertible offered for $5,800 in Ocean Beach, CA via craigslist. 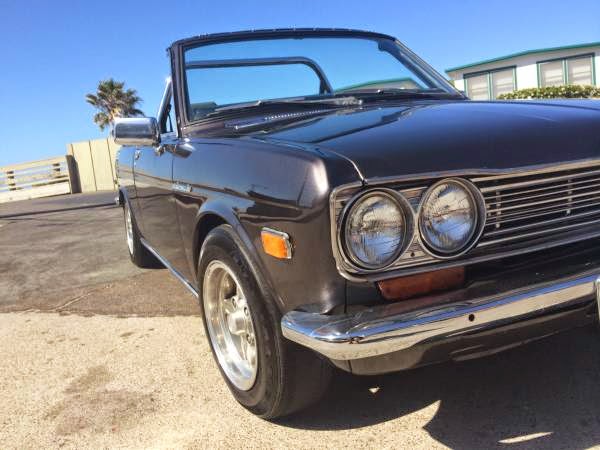 The seller only includes a few photos, but from what I can see, the 510 looks great as a drop top.  Convertible isn’t quite the correct term because it does not convert to/from anything, should be called a topless, but it does look nice. 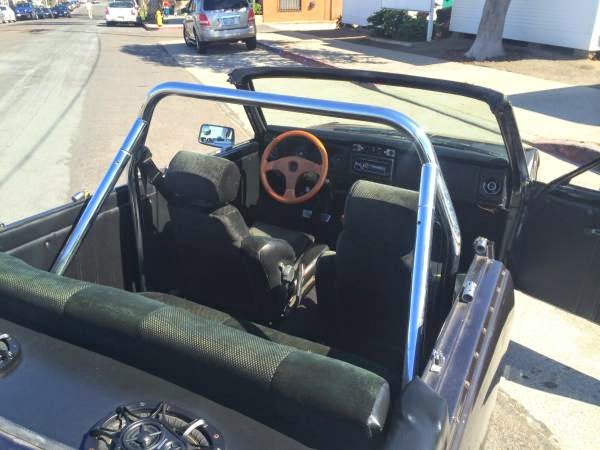 The original engine was ditched in favor of a 2.0 liter L20B inline-4 mated to a 5 speed manual gearbox.   The L20B would have produced 110 horsepower in the original Datsun 610 donor vehicle and could be tuned for a few more with some performance parts. 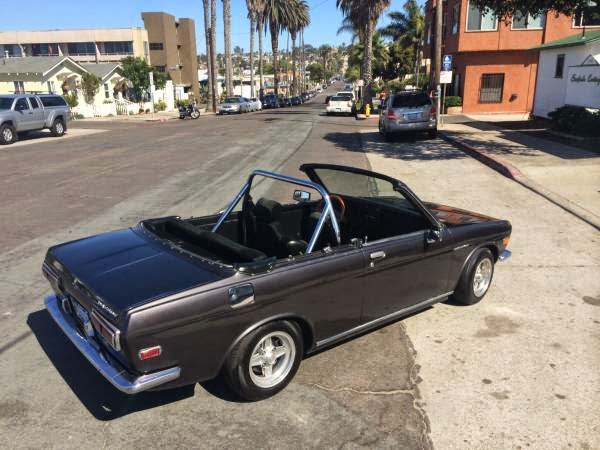