It’s July 5th, and with the Stars n’ Stripes related theme cashed we are forced to turn back to our old standbys of primered wagons, Honda Civic based El Caminos, AMC Javelin based Batmobiles, and Volvos…of course, Volvos. The 140 series was Volvo’s first foray into the brick styling that would become synonymous with the brand, and considering that the word Volvo translates to “I roll” in Latin, it’s a bit ironic because most bricks don’t tend to roll very well. Maybe Volvo’s American-Swedish Chief Designer Jan Wilsgaard was actually the first hipster, ironically styling a “roller” as a brick? Regardless, here’s a fetching example of the 2-door variety, painted in a non-original pistachio green and looking very well kept and clean. Find this 1969 Volvo 142S for $5000 (or trade) on craigslist in Long Beach, CA. 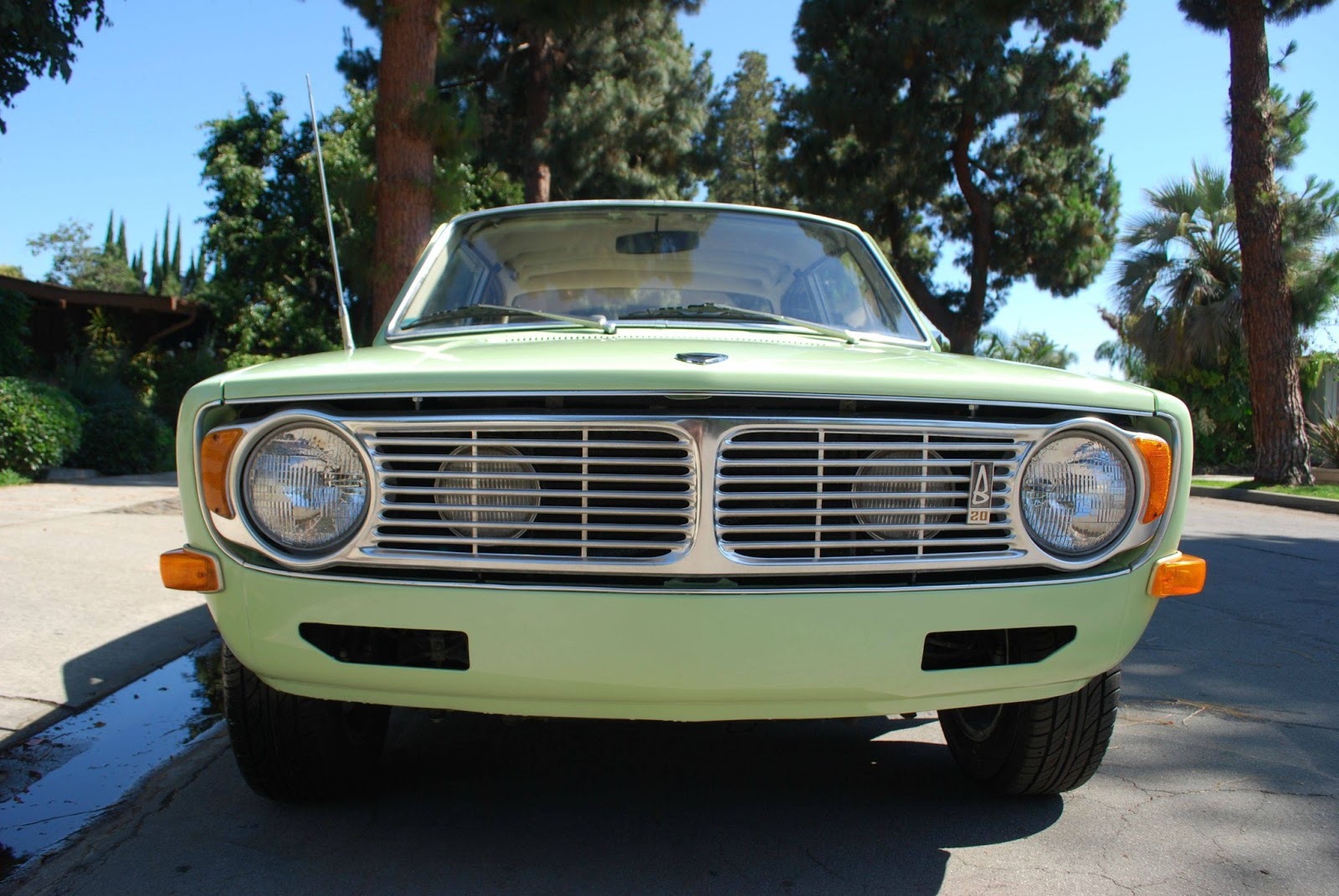 In addition to some solid photography skills we can see the seller has a 142S that is far above average condition for the year and model. Sure, it has a few needs, and the initial asking price might be a tad high when compared to other 140s but in this condition it’s an unusual find especially with the pastel color combo. 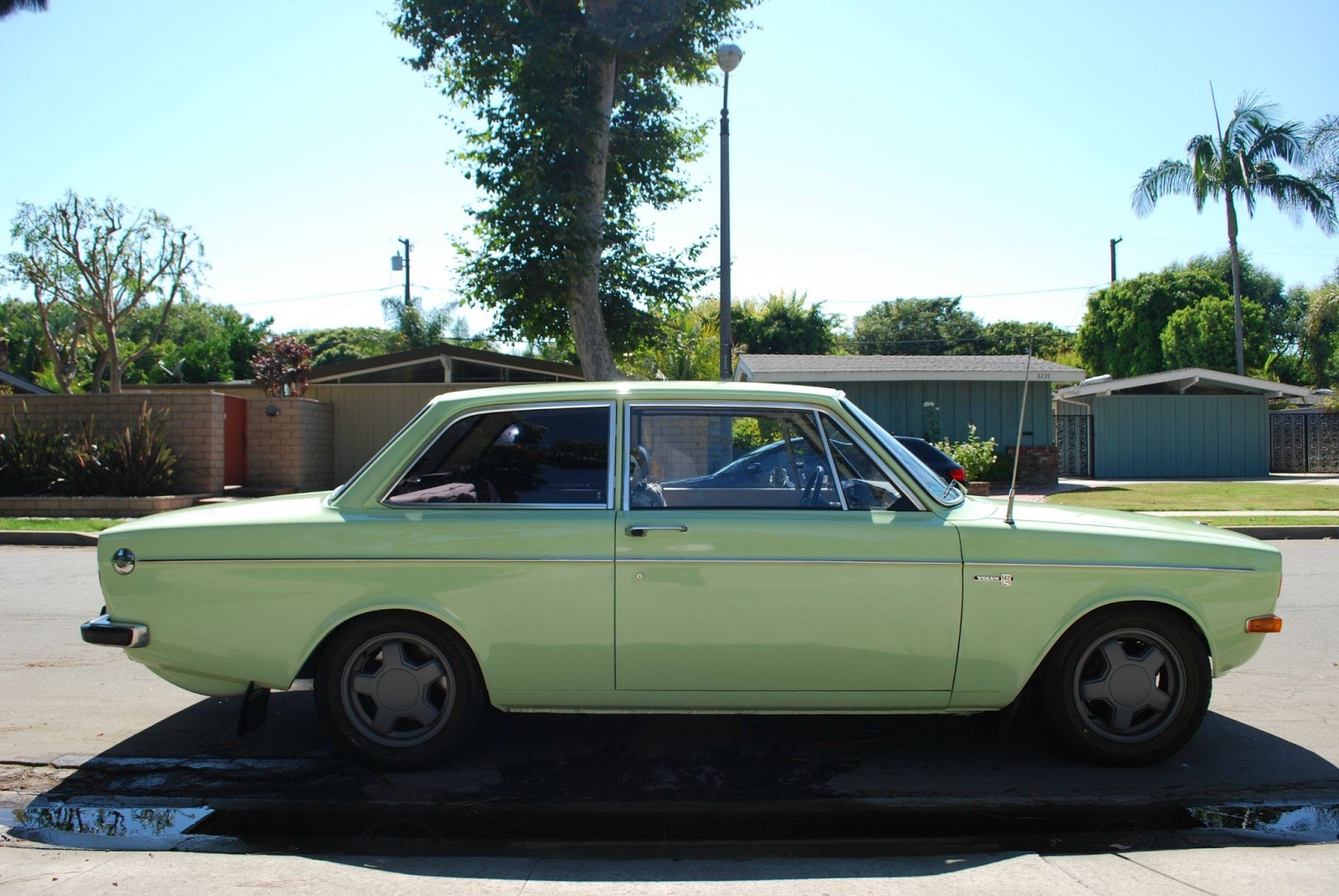 This 142 is minus its front bumper (likely per the owner’s personal preference) and has been shod with some matte gray painted “Draco” 15-inch alloy wheels from a later Volvo 940. The chunky wheel style works well with the bricky body but we’d be tempted to add a bit of visual punch to the somber gray…maybe some orange pinstripes around the rims to complement the overall color scheme. 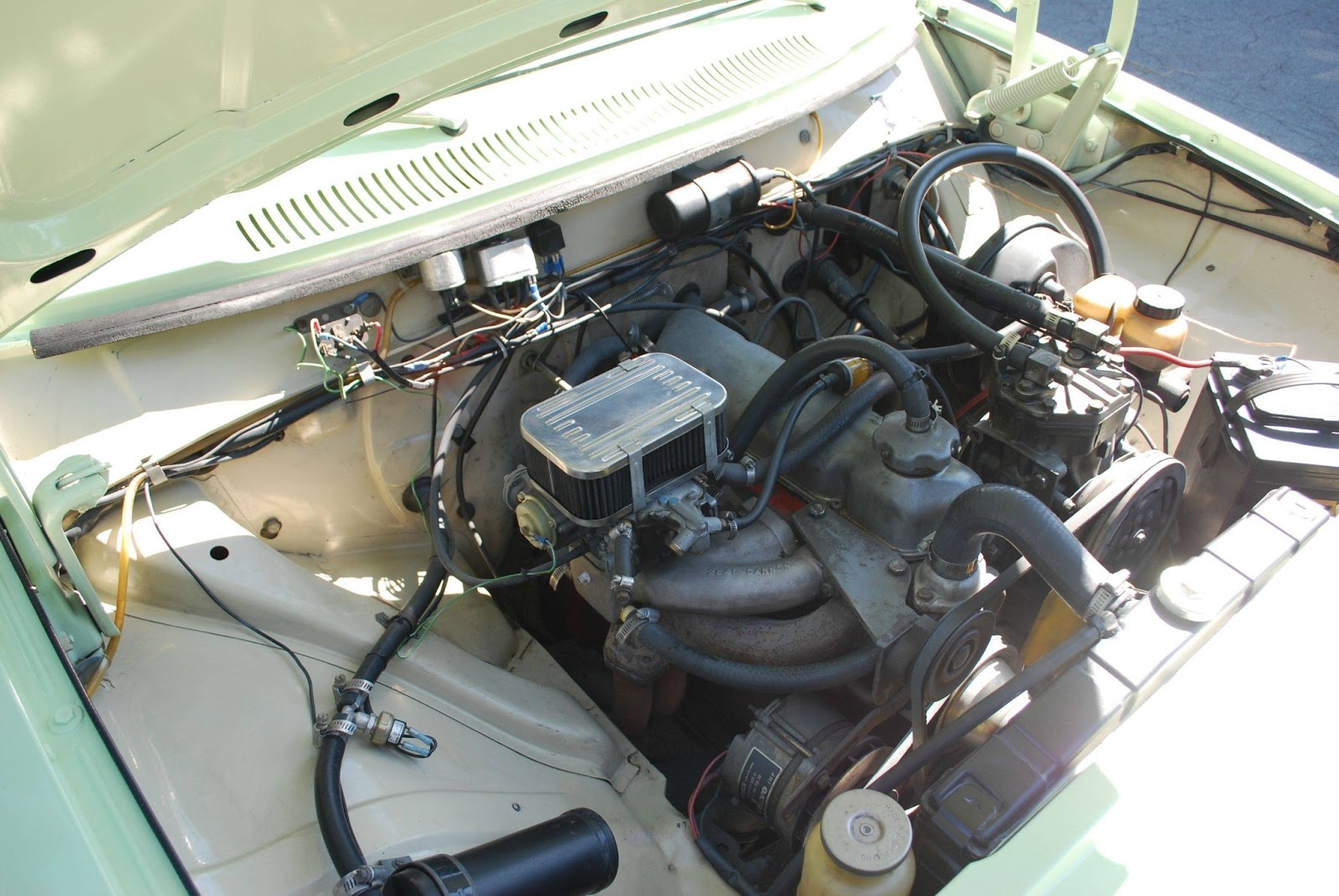 The seller claims only 50k miles which is remarkable for any 44 year old car and if accurate will mean that given enough spare parts for wear items and consumables, this Volvo will have no problem soldiering on another half century. 1969 was the first year for the 2.0 liter B20 engine with an alternator, to replace the generator equipped B18. This B20 has had a Weber carb conversion which is fairly common and easier to tune than twin SUs, but we’d look long and hard at an SU swap or other sidedraft conversion for better power and response. It shouldn’t be too hard to convert to fuel injection either, using parts from a later 140E or 1800E. In the engine bay shot it looks like the car was originally tan or beige, but hey – it’s still a nice contrast to pistachio and looks very clean and well-kept. 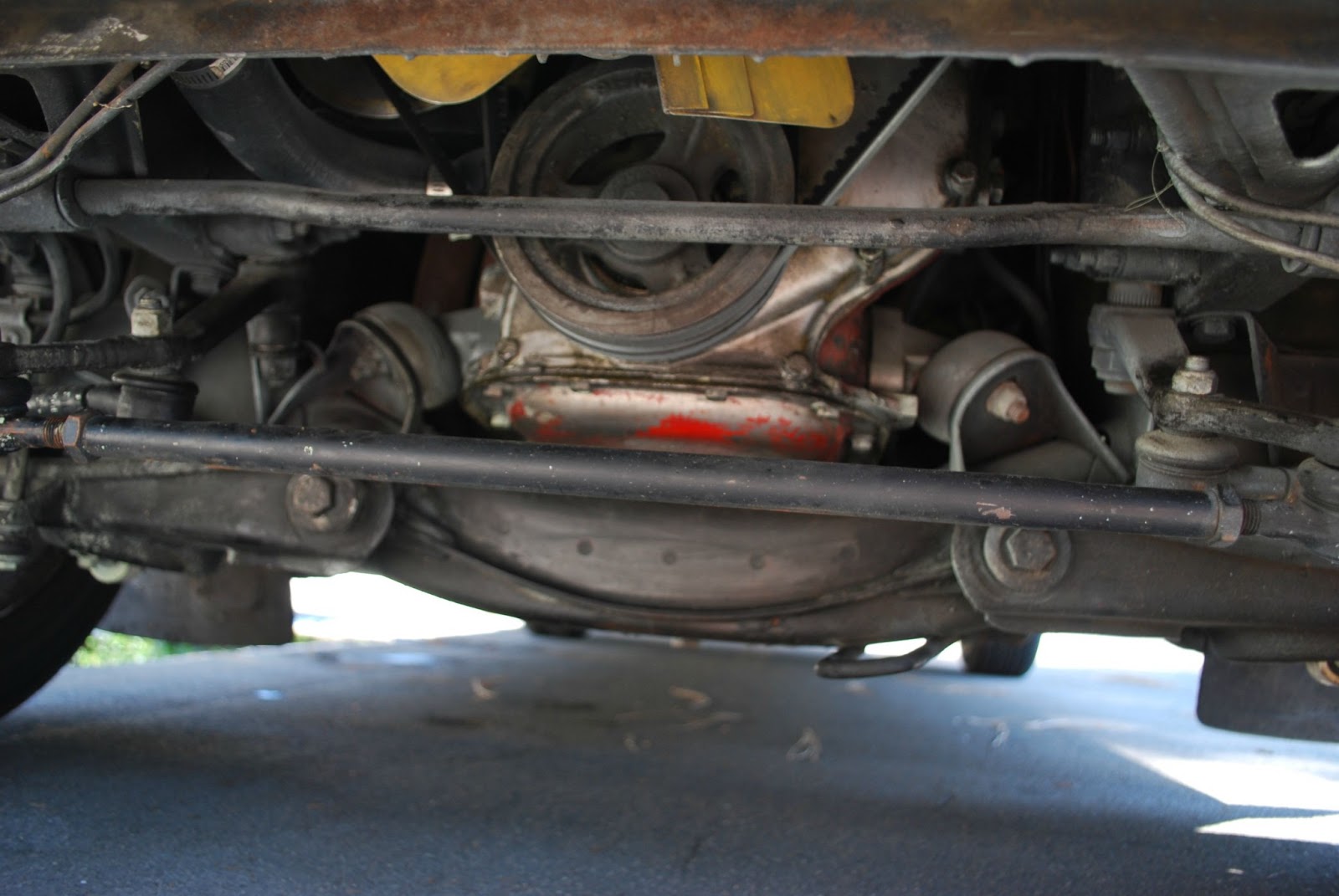 Bonus – we get a few undercarriage shots, which show that it’s not a black greaseball oily mess under here like the majority of vintage Euro cars. Perhaps the new main oil seals are to credit for that… 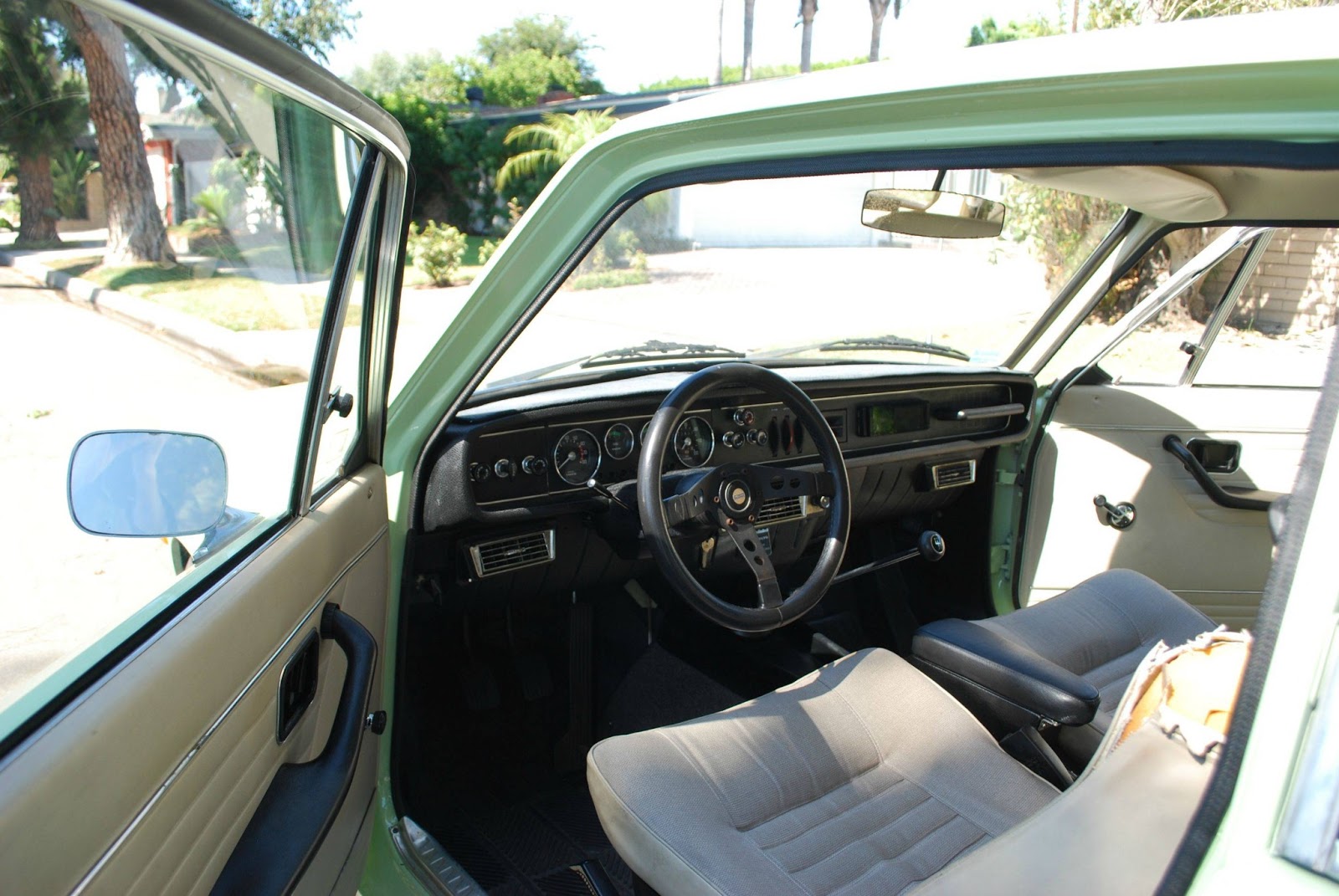 The 142’s interior carries the same nice contrast of beige on green and the only issue seems to be a ripped driver’s seat back and deteriorating rear seat per the seller’s description. A good upholstery shop ought to be able to repair the seats with patch panels however. This car looks like a perfect comfortable commuter, with a small diameter thick-rimmed steering wheel, Volvo R-Sport circular gauges, and fully integrated air conditioning. The 4-spd manual trans has been rebuilt but could be fairly easily upgraded to a 4+OD or a true 5-spd for relaxed highway motoring. 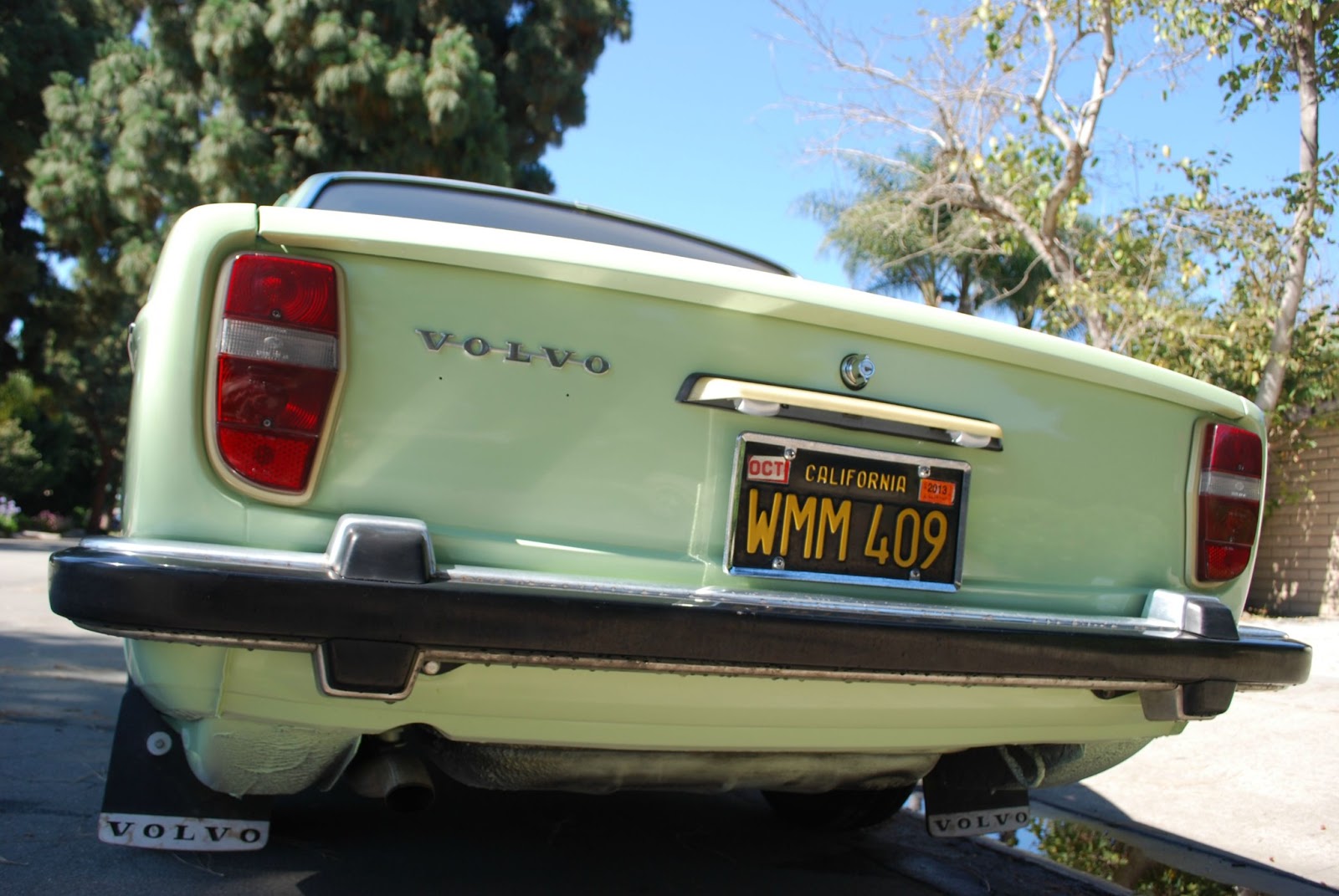 Bottom line: this seems like a sweetheart of a 142S for less than used Kia money. It should bring the new owner plenty of direct mechanical bliss and many more years of bricky brickness if rust is kept at bay.

More pictures from the seller are here: http://imgur.com/a/qDB1m#0