I think it’s fairly safe to say that most grandmothers drive cars that are slow and sensible. Camrys, CR-Vs, maybe the occasional Delta 88 Brougham. One of my grandmothers drove a circa 1980 beige Chevrolet Malibu 4-door sedan, and the other a 1976 Dodge Colt in metallic green with a vinyl top. Both were basic transportation but did a fine job of hauling grandkids, antiques, and flower pots. The average Volvo wagon would also fit this bill nicely. But what if grandma had a turbo? A Volvo 745 wagon, with a manual transmission no less? Some lucky kid had just such a grandma, and now her car is for sale. Find this 1988 Volvo 745 Turbo for $4500 in Northern Virginia via craigslist. 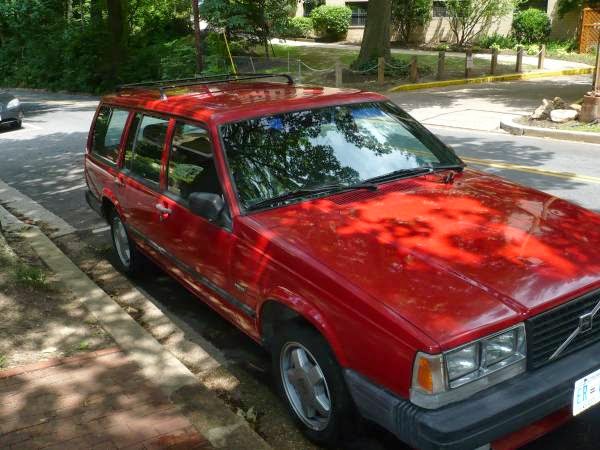 I was really torn about using the above photo as the lead shot, but it was arguably the best one in the ad. This seller almost earns the Unsold Adams badge; the only photo of the entire car in one shot is below of the rear. From what I can see it looks great, but the same could be said about a top-notch transvestite. Without getting the whole picture or checking out the undercarriage, I can’t make a safe assessment if this beauty really is all it appears to be. 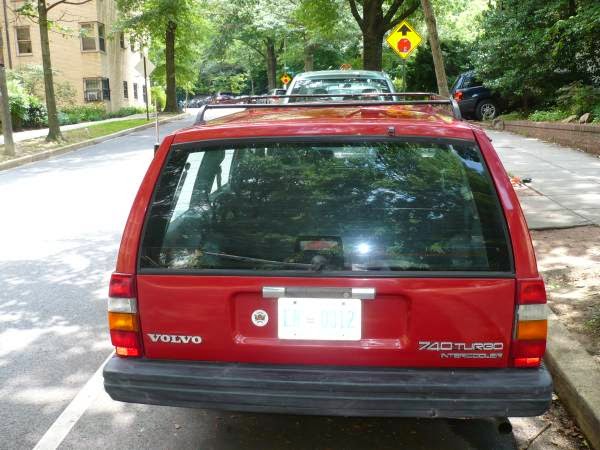 All that being said, this is a claimed low-mile rear wheel drive volvo wagon with a turbo and a manual transmission, in a nice color. It’s rare to find that exact combination – usually there’s a slushbox auto or trunk lid to ruin the fun. According to the seller this intercooled longroof has gotten a recent smattering of maintenance and parts replaced; a boon for the buyer if it was all done nicely. $4500 is probably all the money for this car at the moment, but may seem cheap in a few years when 99% of these later bricks have been crushed and supply dwindles much faster than demand. 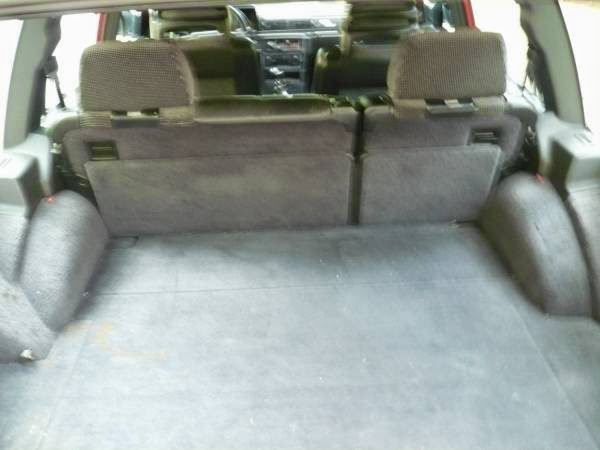 Even through the blur above I can see what looks like a cargo area that hasn’t been abused over the years – grandma must have used plastic sheets to keep the potting soil from sullying the swath of gray. On the outside the faded red paint would probably come back nicely with a buff; it’s an old solid single stage color even on this 1988 model. 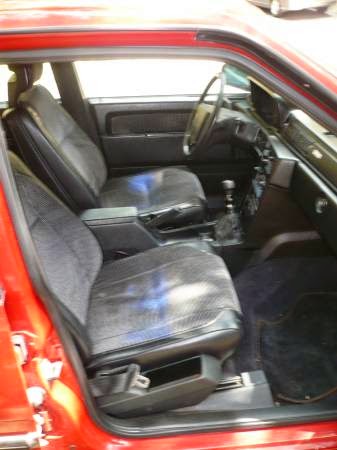 Here’s the money shot. Even though we aren’t privy to an image of the B230FT turbo 4-cylinder engine, the pic above shows the proud manual shifter connected to the M46 gearbox down below decks. This is a pretty ancient 4-speed manual with an added Laycock de Normanville electric planetary overdrive unit, but when not subject to a life of abuse by hippies and freegans they actually shift pretty nicely. Hehe, I said “Laycock.”