The Z31 edition Nissan 300ZX isn’t quite as collectable as the later Z32 generation, but they are considerably cheaper and look less like a jelly bean.  The only way to go with the Z31/32 is to get a turbo with manual trans, so we are pleased to feature this 1987 Nissan 300ZX Z31 Turbo with a 5 spd manual and lots of aftermarket upgrades for the low price of $2700 via craigslist in the SFBay area.  Thanks to tip from Kaibeezy. 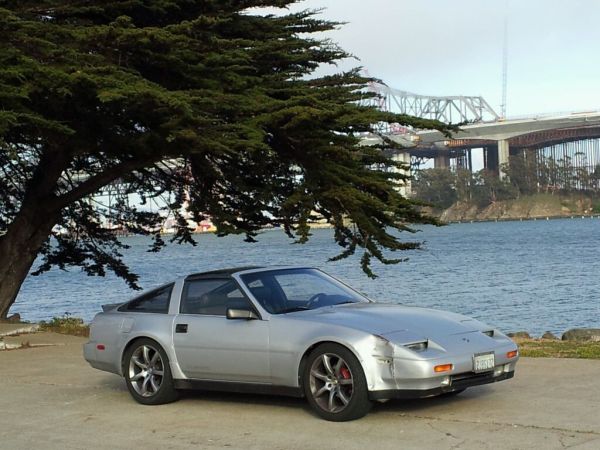 We typically stay away from posting bashed up cars with huge pimp-my-ride style wheels, but this particular Z31 is offered at an extremely tempting price point.  Its probably less than the new retail price of the rims adorning its 4 corners (which are secondhand OE Infiniti G35 wheels).  This 300ZX comes equipped with the VG30ET – a 3.0 liter single turbo non-intercooled V6 that put out 200 horsepower in stock trim…but at some point in time this car was upgraded to include a ‘huge’ front mount intercooler, provisions for additional boost/fuel and the seller claims it puts 300 horsepower to the rear wheels via a limited slip diff.  It should be good for outrunning the Yakuza and doing lots of big grin-inducing tail-out opposite-lock drifts! 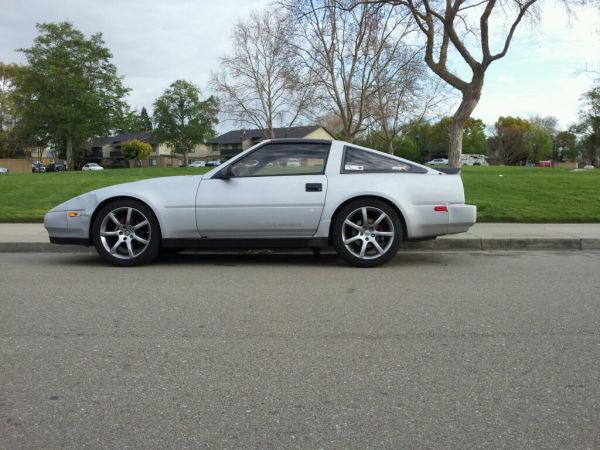 We think this car is likely about as fast as you can get for a car that costs less than a clutch change on a Subaru STi.  It is far from perfect and will likely have lots of creaks, groans and rattles to go along with its turbocharged snap, crackle and pop.  There is a chance that some day the Z31 will be a collectable, but in the mean time pickup a cheap one and drive the snot out of it…we would.