In the mid 1980s Mercedes sold two distinctly different cars badged with the number 280; the 280E/C/CE/TE and the 280S/SE/SEL – the former built on the E-Class W123 chassis and the latter built on the S-Class W126 chassis.  Although engines/trans were shared between the chassis the S-Class is a decidedly larger and more upmarket car. Unfortunately for cheapskate car shoppers like ourselves, the ability to quickly find and differentiate between W123/W126 cars on craigslist/ebay is complicated by the similar and often mis-identified names.  Regardless, today we are going to make things easy on you, and feature this 1983 Mercedes-Benz W126 280SE Sonderklasse (German for Special Class) for sale in Phoenix, AZ for $5300 or-best-offer. (seller submission from Rob in Phx who seems like a stand-up guy and states that the price is negotiable) 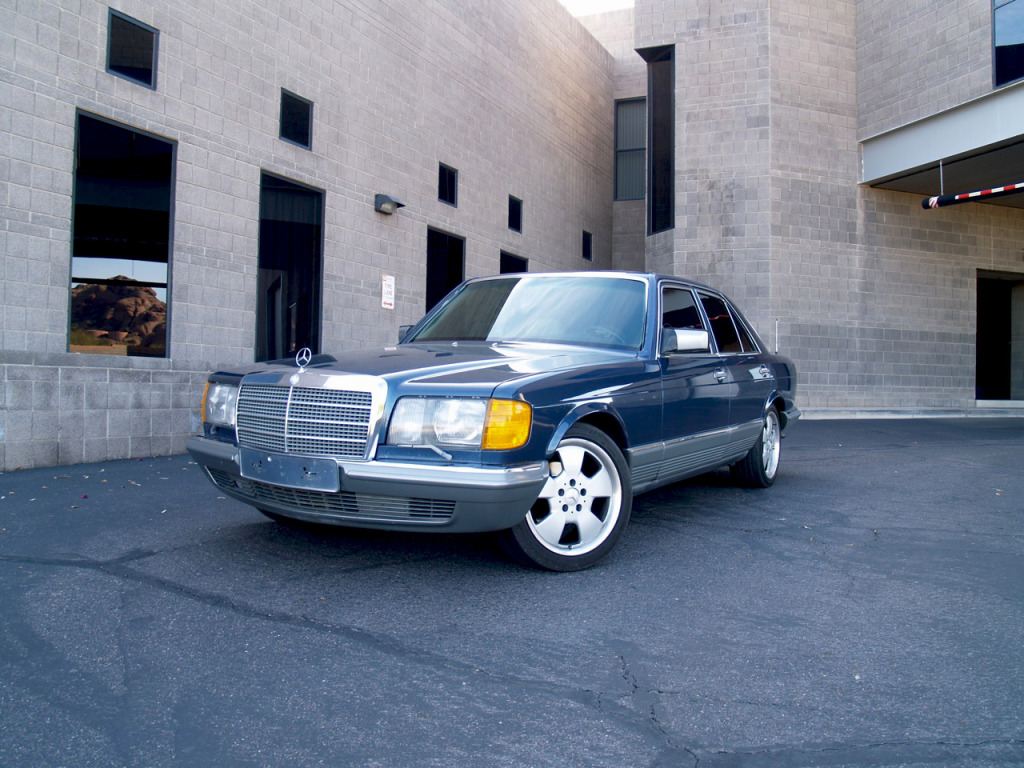 The W126 chassis S-class Mercedes is one of the high points of Teutonic engineering.  In the early 1980s American cars were unreliable, Japanese cars were unrefined, Swedish cars were underpowered and British cars were underwhelming and it was the Germans that showed the world how to build quality product and charge a premium for that.  Internet pundits toss around the term autobahn engineered because these cars were designed with a higher purpose and without compromise.  Today they won’t feel quite as new and crisp as a modern designed car, but they are comfortable on the freeway, have enough acceleration for anyone’s needs and they have an inherent reliability that comes from simplicity. 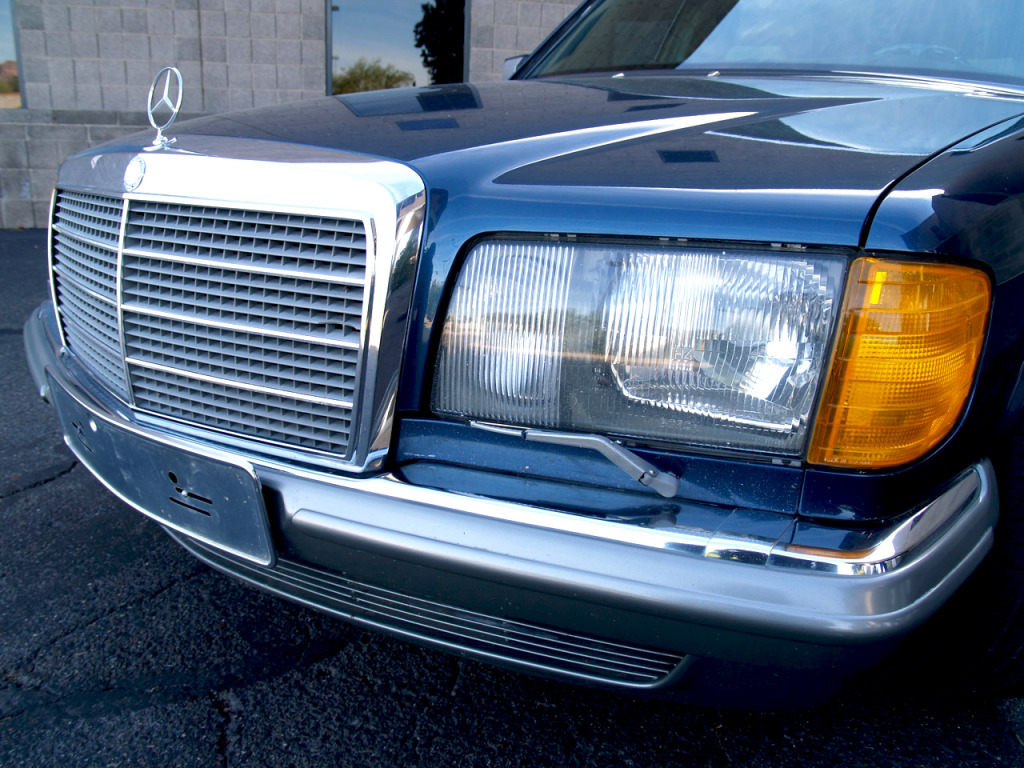 This W126 Sonderklasse left the Sindelfingen factory with a 2.8 liter inline 6 – the M110 — putting out a reasonable 185 horsepower and 240 Nm of torques…What is a Nm? And what are torques? Look it up here.  The M110 wasn’t a barn burner like the M117 5.0 liter V8 shoved into the 500SE cars, it was a refined version of Mercedes inline 6 that has been massaged and re-engineered for decades with a constant focus on reliability, fuel economy, power and civility.  You may think that gearheads like ourselves would prefer the rip-roaring fun of the V8…but the sensible buyer would be advised to pick the 1st and 2nd order vibration balanced inline 6 for its thrift and refinement. 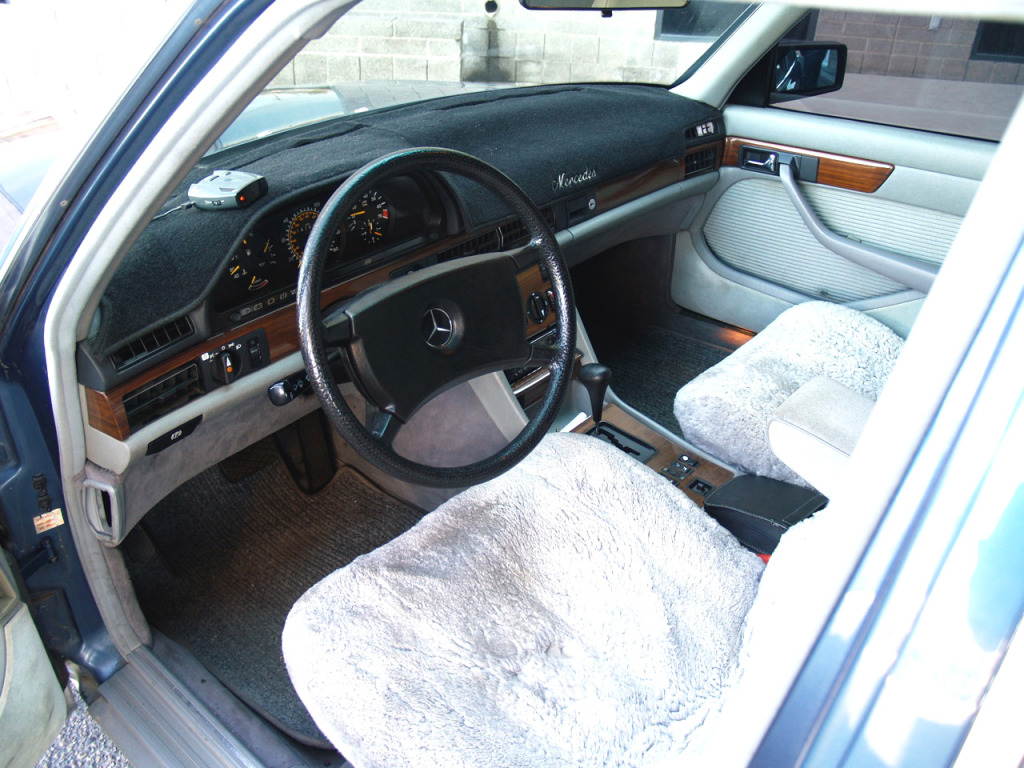 The inside of this 2 owner car looks to be in good shape -but its hard to tell under all of the sheepshide, dash carpet and radar detectors!  But the seller states that they are in perfect shape and have never had any behinds on them, clothed or naked – this is a plus.  The virgin MBtex material is certainly in perfect condition and just waiting for a few warm spring days to be enjoyed by the motoring elite…or us. 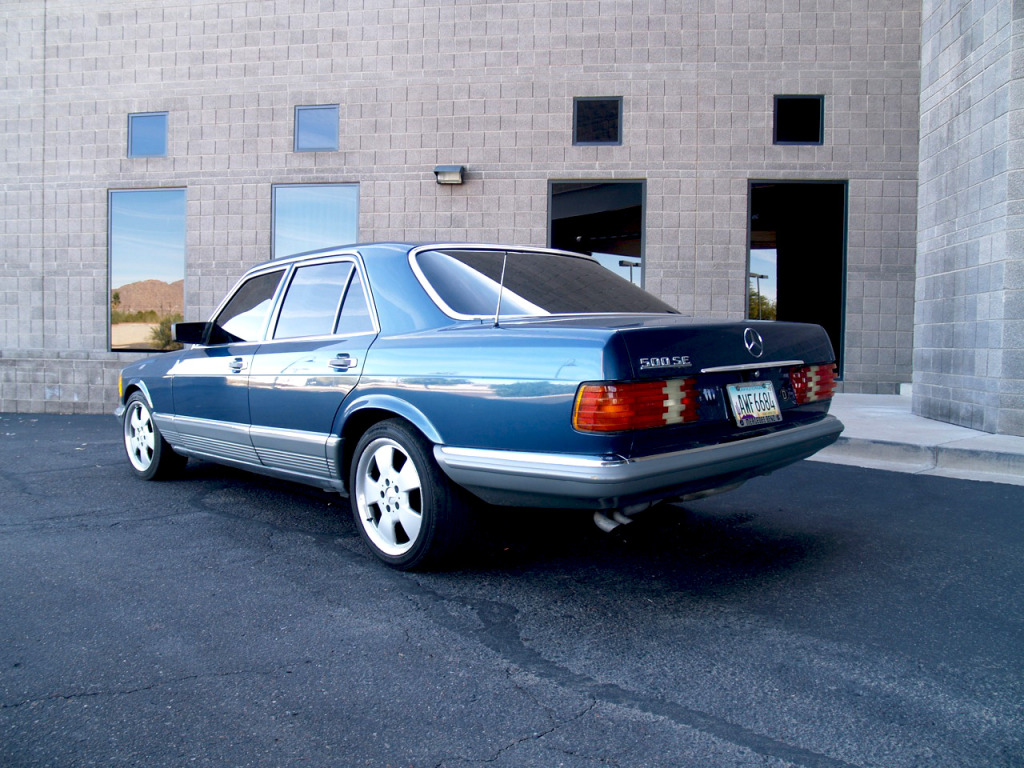 Our only regret is that this Merc isn’t wearing its original wheels, and while we appreciate that they are R129 SL500 wheels – likely the upgraded sport package 18×8″ front wheels mounted front/rear – but we could be wrong (the SL sport package used a staggered setup 18×8″ in the front and 18×9″ in the rear, but we doubt a 9″ rim would fit in the back of a W126 without some major alterations…)  Additionally the 500 SE badges can be easily removed and replaced with the 280 SE badges that the seller has in his possession – something we feel would be necessary to give the inline 6 its proper credit.