The term cat lady is a pejorative thrown at spinsters who’ve picked up a few too many stray/abandoned cats…but what if that same lady chose to pickup stray/abandoned Eclats?  Would you avoid walking past her house on the way home for fear of wicca spells?  Or would you shower her with flowers and ask if she needs a live-in companion to help with her Eclitter?  Start your own Eclat collection with these three 1977 Lotus Eclats offered for $2750, $2750 and $1750 offered from the same seller and located in SF Bay Area, CA via craigslist.  Tip from Kaibeezy. 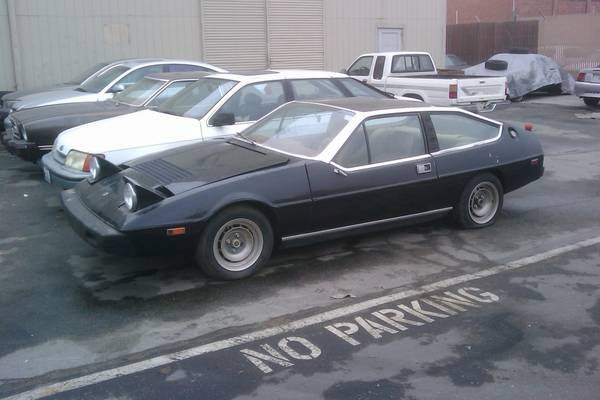 The Lotus Eclat is one of those weird cars where
engineering pursuit of awesomeness got the better of common sense.  In a noble pursuit of Colin Chapman’s ideals, the Eclat had a glassfiber body bonded to a mild steel chassis suing a mixture of soggy biscuits, honey and Earl Grey tea.  Any exposure to moisture from a damp climate, morning dew, or warm breath will turn the cardboard/metal interface to
rusty-mush and the star trek shuttle shaped glassfiber top will take
flight. 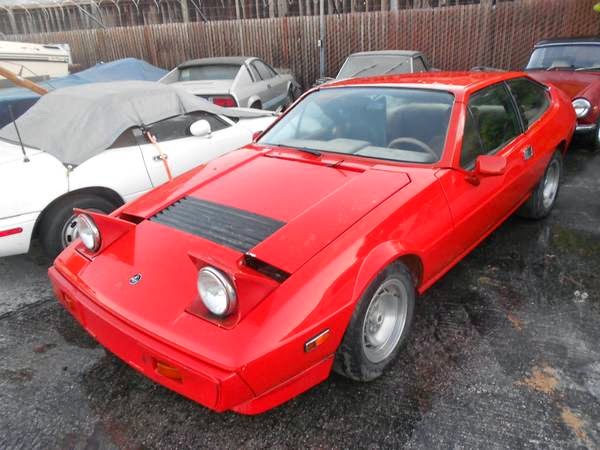 The Eclat is a slightly less ugly version of the Elite and as such shares the same Lotus 907 inline-4 originally used in the Jensen-Healey.  The 2.0 liter inline-4 is a technological tour-de-force…at least from an early 1970s perspective and features a dual-over-head-cam setup and 160 horsepower.  It may not sound like much in today’s world of high powered engines, but back in 1974 it was about the best power/liter you could get in anything without a serious price tag. 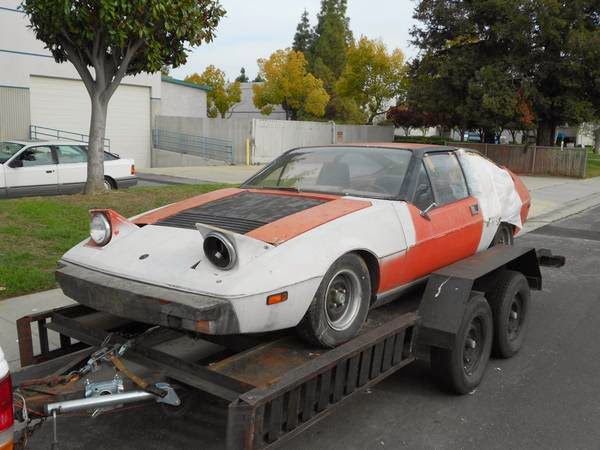 See another collector trying to offload his parts cars move onto a new hobby?  tips@dailyturismo.com