We featured a 3rd generation Toyota Corona on Wednesday – a restored, nice looking example that had some money put into an ‘out of body experience’ restoration…but for those who like their classic Japanese iron with some patina on it – we’ve found a nice original one for you.  This 1966 Toyota Corona for sale in Santa Fe, NM, on ebay is an overseas right-hand-drive version and currently bidding at a reasonable $3150 with no reserve. 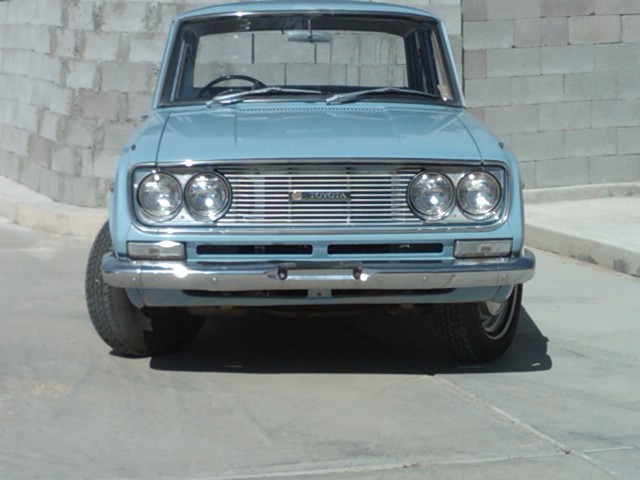 This Corona looks to have most of its trim and bits – but the seller claims to not know much about this car.  He also isn’t much of an Ansel Adams, most of the photos totally violate basic rules of photography such as centering the subject, avoiding thumbs in lens and focus.  Thankfully this means he isn’t a low-life flipper trying to make a quick profit – and his story of selling a recently departed uncle’s car seems plausible.  Especially because his recent auction history involves the sale of an unopened bottle of his uncle’s Old Fitzgerald 100 proof Kentucky Bourbon!  Kentucky bourbon and right hand drive Japanese classics – we wish we could have known this uncle, clearly had excellent taste! 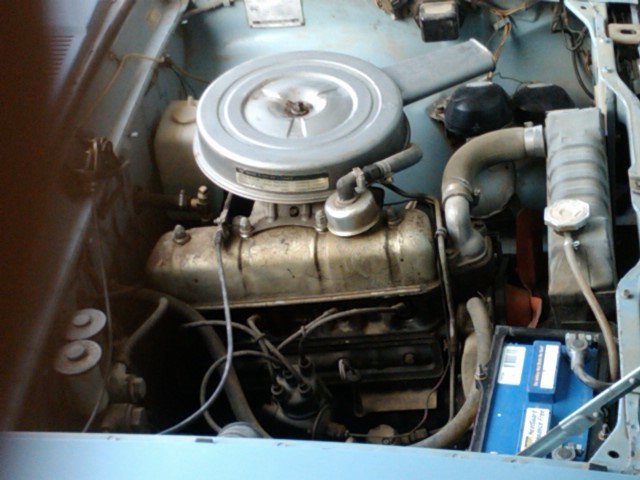 The partially thumb-obscured engine bay shot reveals the stock  Toyota ‘2R’ 1.5 liter inline 4 putting out 55 horsepower and 85 ft-lbs of torque.  Its attached to a column shifted (optional upgrade) 4-spd manual transmission and will push the 2100 lb sedan around smoothly…but slowly.  Rear wheel drive will make it good on ice but we like this old fashioned just the way it is:  neat. 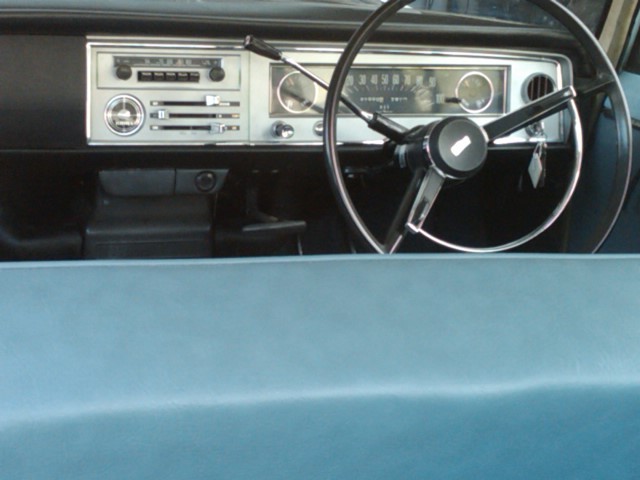 The interior picture isn’t reversed – this car was originally built in Melbourne and sold in Australia – so it is right hand drive. Right hand driving a column shifted car is going to take some time getting used to (at least the 4-spd transmission has syncromesh) – but its gonna be a huge hit at your local Japanese Nostalgic car show. We won’t mention the fact that half of the image is dedicated to an out-of-focus portion of the front bench seat…but at least it looks to be a nice pale blue to match the outside. 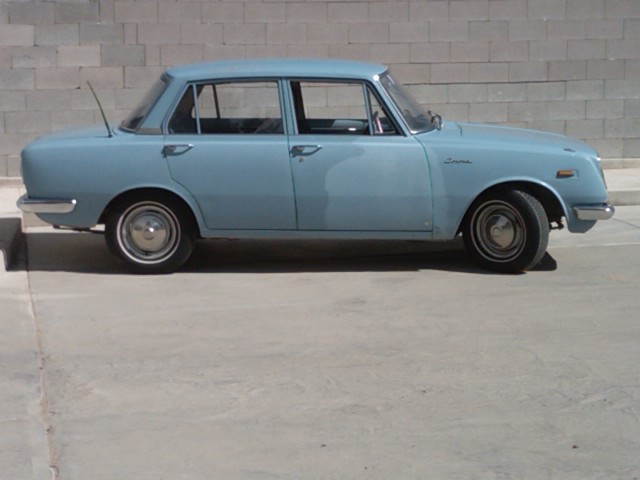 The car has had part of the driver’s (the right) side repainted and some fading of the repainted area has occurred, but overall the car looks in good original ‘survivor’ condition. 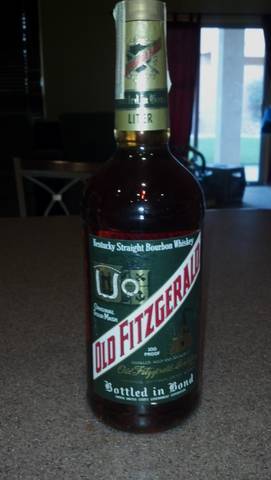 If we could age, distill and bottle the essence of post-war recovering Japan…it would be this car.  A sensible Japanese car for the sensible Japanese family.  Just be sure to ask the seller to throw a bottle of whiskey in the trunk when the shipper comes to pick it up!

See another bottle of bourbon for sale?  email us here:  tips@dailyturismo.com