In an alternate universe – there is a Batman.  He is still Bruce Wayne, but he wasn’t born to millionaire parents.  His parents couldn’t even afford a standard Gotham apartment, they were forced to live in a double-wide in East Gotham Heights.  But Bruce couldn’t be stopped from pursuing his dreams of fighting crime and avenging his parents’ death.  So he saved his money from working day shifts at the local Afredo’s Pizzeria and bought a ’60s muscle car, 4 buckets of fiberglass resin and a lot of black paint.  His 1972 AMC Javelin Bat-some-what-mobile is now for sale on ebay currently bidding at $664 no reserve with 3 days to go.  Thanks to tipster ~Scot for today’s riddler! 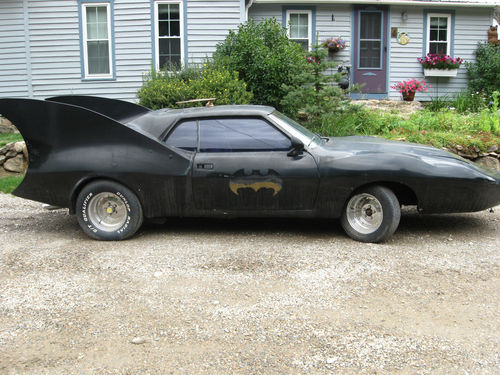 This isn’t a batmobile for the handsome Christian Bale Batman. It isn’t even a Val Kilmer Batman catastrophe worthy vehicle – this goes straight to the bottom of the George Clooney clowning around as Batman pile.  Combine the worst lines from Mr. Freeze with pimply faced boy wonder Chris O’Donnell and it still isn’t as bad as this car. 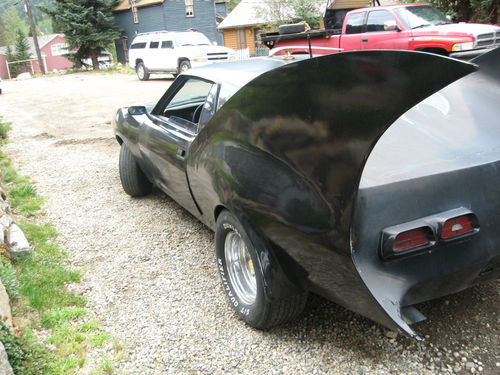 Okay…from this view…it looks actually pretty awesome.  Awesome like a FOX!  The Dark Knight Rider would approve of this car. 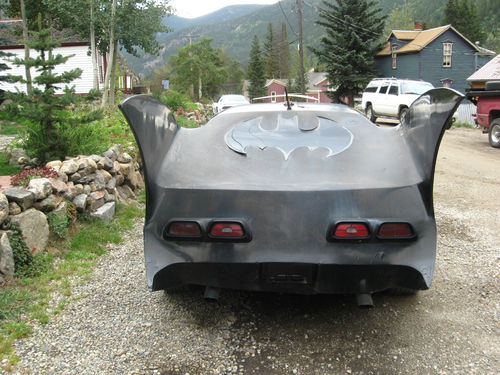 A bat-emblem shaped rear window looked great on paper…but not so good when it was actually made from paper…seriously the window frame is peeling away like yesterdays bird dookie covered copy of the Gotham Daily News.  This is a Batmobile for the Joker in you, not the young crazy Keith Ledger joker, but the old, crusty, sarcastic Jack Nicholson Joker: “Hello, Vinny. It’s your Uncle Bingo. Time to pay the check!” 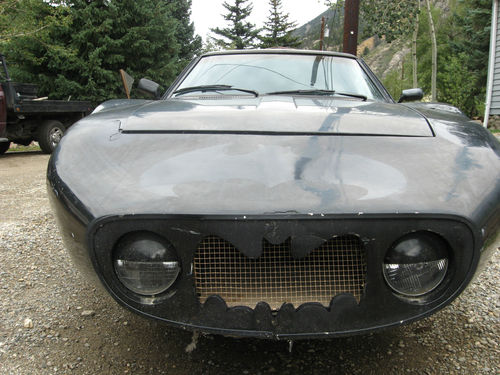 Perhaps we have been a bit rough on this car…but if the ad had the bare minimum of details we could write some positive stuff.  Instead the text gives little description as to who/what/why the car was built.  The ebay specs say it’s got a 301 small block or an inline 6 depending on where you read…but AMC didn’t make any 301 cubic inch engines in 1972…so it could be a 304 V8 or 282 I6.  Perhaps the Riddler is the current owner of this car?

We do appreciate that the car started at a low asking price and is no reserve – additionally the seller listed his email and phone in the ad for Gotham residents who have questions such as “what does the engine look like”.  It was listed on Denver’s craiglist back in May for $1200 and didn’t get any takers even though LeMons judges offer it as ‘budget exempt’.  And a photo of a surprisingly similar looking AMC Jatmobile shows up on the BAT-photo-a-day blog.  And the same car was for sale sometime back in the past for $5k in Henderson, CO.

See another winged vigilante for sale?  email us here:  tips@dailyturismo.com