Considering that the last Amazon (aka 122) that we featured was a clean original coupe and sold for $8650, a nice wagon could conceivably be worth a similar amount. Today’s 3rd Thorsday car is a partially original, partially restored family truckster in a fetching shade of blue with nice contrasting red painted “V” hubcaps, a decent interior, and some needs. Perhaps the seller is a bit optimistic on price, but it’s listed here on Hemmings Classifieds in Clifford, PA for $9000 or best offer…wonder what that will be? 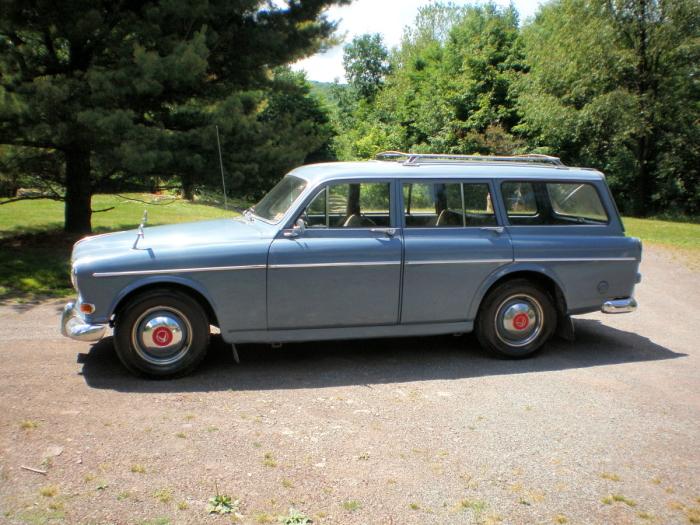 The seller is not sure if this longroof wears its original paint, but says if not then the current job is “at least 25 years old.” We are guessing that is the period of known history for this car, with the past 15 years being in storage and presumably driven for the 10 years prior to that. The JDM-style fender mirrors are certainly an oddity on a non-Japanese car – has anyone ever seen these on a Volvo? It appears that the car actually wears three exterior rear view mirrors; it likely only came with the one on the driver’s door from the factory. 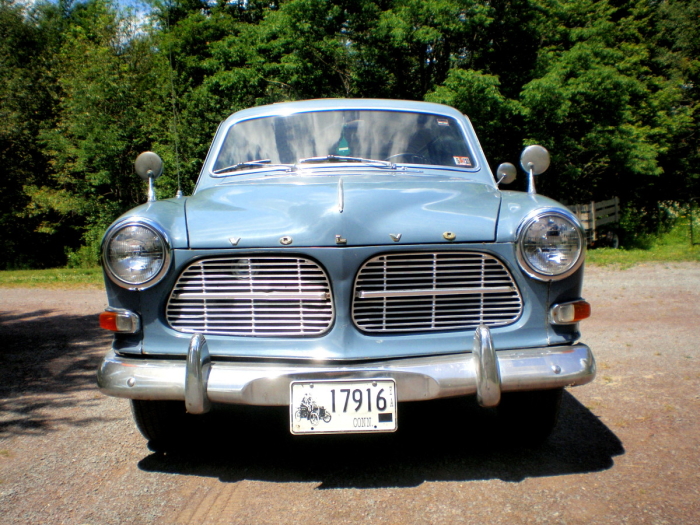 It also looks like a few slight taps on the nose have happened, but for a 49-year-old car that is to be expected, and besides they add a bit of character and history. No major accident damage or repair is evident but it would be worth a closer look before buying. We can’t help but think of a smart-ass kid baring his teeth in a fake smile when looking at the photo above – but nevertheless this Amazon would look great and stand out in any jungle of jellybean commuter cars on your way to work. 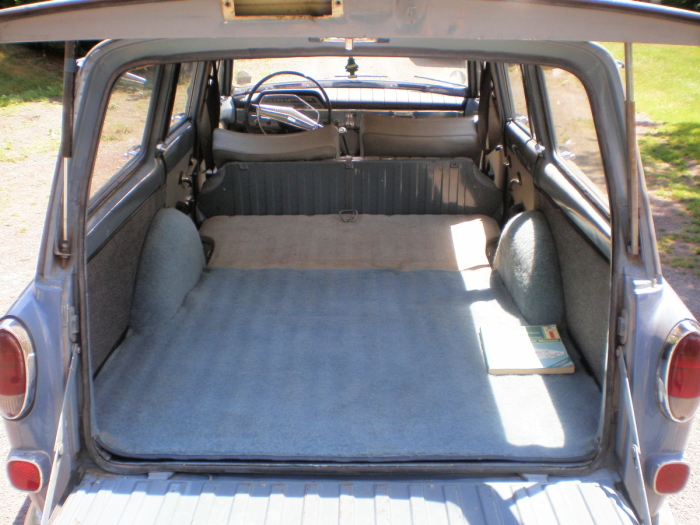 What’s a wagon without a nice flat load floor? The Amazon doesn’t disappoint; even though the exterior styling is blessed with ‘curves’ the cargo compartment is very boxy – which is good – we don’t understand the point of some of today’s hatches and so-called wagons that have dramatically sloping rooflines and angled hatches, rendering much of the potential cargo area useless. The seller shows that the rear seat folds forward in our preferred manor for any wagon – seat bottom forward, then back down to bridge the gap left in the floor. It has a split hatch with a tailgate for even more long-load capacity. Carpeting in the rear is clean and hasn’t seen too many barfing rugrats or incontinent dogs over the years! 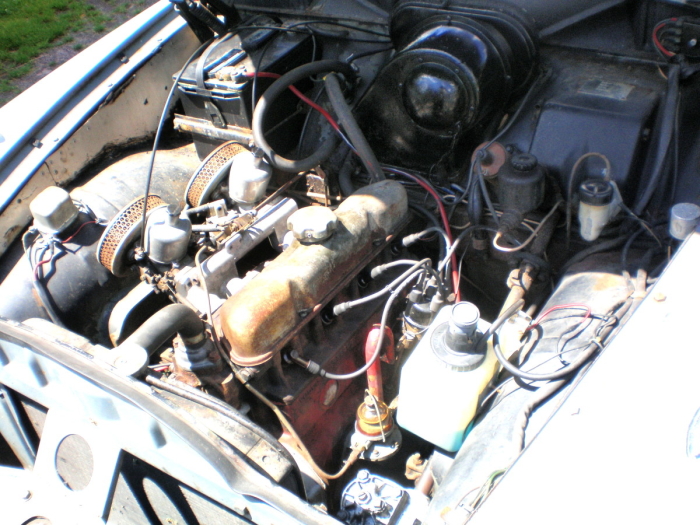 Because the car did sit in storage for 15 years, the seller says it was recently gone through mechanically and repaired where necessary. We would expect that some small problems might start to pop up in the near future if this becomes a regular driver for the new owner. At 163k miles it probably does not have significant wear but if any original gaskets and rubber seals remain, they might start showing their age soon. This is the type of thing a new owner can fix as necessary for a “rolling restoration.” Oil puddle on the driveway? Pull the pan this weekend and install a new gasket. The timing gears that drive the cam on these Volvo pushrod engines are made from some type of compressed Swedish flax cereal fiber, but metal replacements are available and the originals would make good doggy biscuits / chew toys. Perfect time to replace the front cover gasket as well. You get the idea – we would spend a few months driving this car around and sorting out issues as they pop up before depending on it for long trips.

So the question is: what’s this wagon worth? If you buy it, let us know!

As a bonus, since we are on the topic of Amazons we stumbled across this great article on the Hemmings blog about an original Trans-Am car being reunited with its original driver from “back in the day” (which was a Thorsday).

Find a classier estate for sale that has recently been woken from a Rip Van Winkle-esque slumber? Email us here: tips@dailyturismo.com