The Volkswagen Beetle was built in a such prodigious numbers that over time people have found the most curious ways to disguise them — which it is sort of insulting to the original Czech-born designer, a guy named Ferdinand Porsche.  Anyway, this next custom has somehow skirted the line between insulting E.T. “Bob” Gregorie, the designer of the 1937-40 Ford and Mr Porsche, but termites around the world will eat it up.  Find this 1968 Volkswagen Beetle Custom Woodie here on eBay 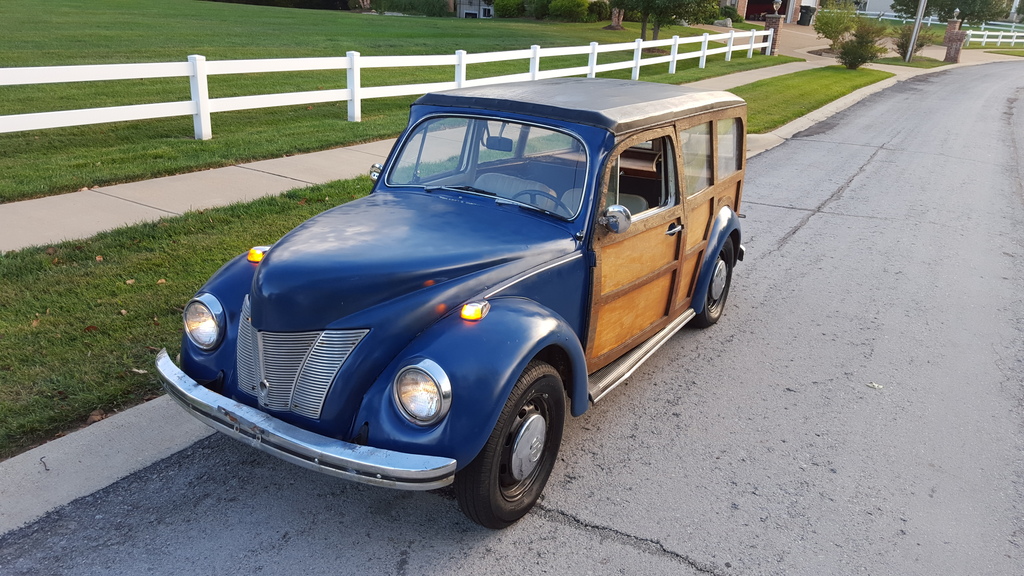 The seller claims that he knows very little about this car because he acquired it in a trade, which makes you REALLY wonder what he traded for this. I just hope it was something El Caminoized…but back to this Beetle.  The conversion to a 1940ish look up front and woodie in the back was done in the 80s and the paint is amateur quality…but, it has an undeniable charm that is hard to put on paper. 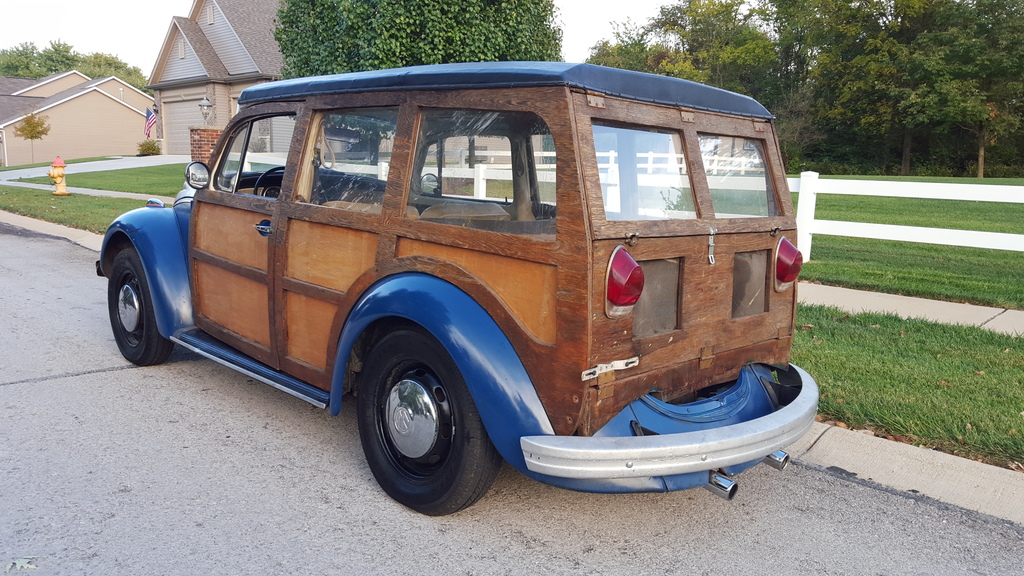 My favorite part of the entire custom is how the original Bug rear end sticks out of the furniture section like the Incredible Hulk bursting through his man sized pants.  Who looked at a blue print for that and said “yup, that’ll do, time to move onto my next project — a ladies fur coat that has no sleeves?”  And who thought it was a good idea to put wood right on top of a Volkswagen engine? I’m no fire marshal, but this seems like a poor material choice. 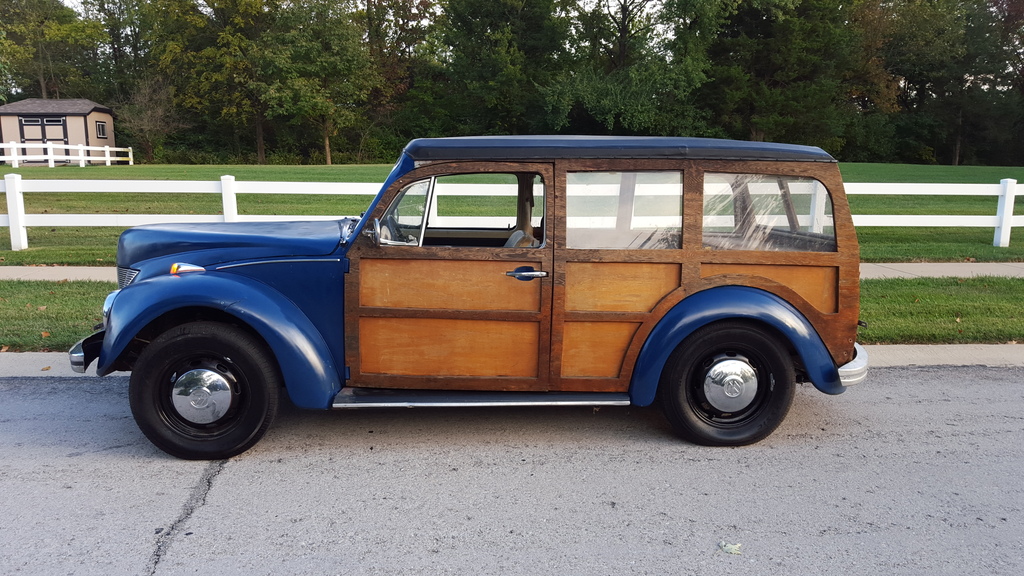