In the late 1970s Toyota recognized the need to create a small/economical passenger van to compete with the Volkswagen Bus and in 1982 introduced the world to the MasterAce.  The name MasterAce was only used in Japan, but it was called the Space Cruiser (yeah, bitchin) in Europe, the Tarango (funky, but okay) in Australia, but before it could be released in North America, the Toyota’s Department of Naming Names was accused of being too outlandish and the entire group committed ritualistic suicide. This left the North American naming to a janitor, who just called it the Toyota Van.  At least the marketing guys hadn’t shish kabobed their livers (yet) and they called the higher level trim version the WonderWagon!  Regardless, find this 1984 Toyota Van for sale in Los Angeles, CA for $2100 via craigslist.  Tip from Kaibeezy. 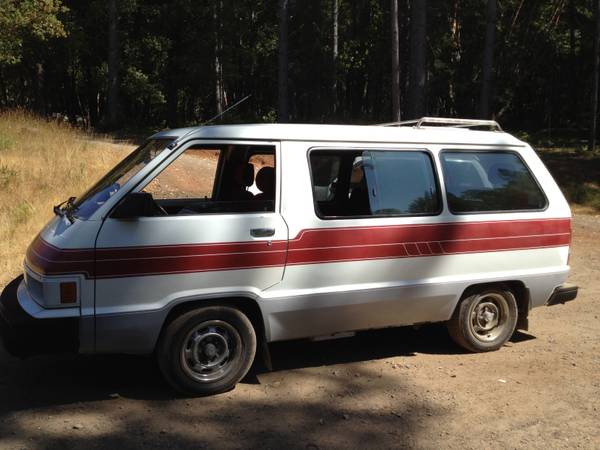 Aside from being a mid-engined mini-van for $2000, what this this really has going for it is a bitchin rebel alliance paint job!  The Toyota MasterAce had its engine mounted low and below the driver, tilted over at an angle and connected to the rear wheels via auto or manual transmissions.  Expect less than light-speed from the 87 horsepower 2.0 liter fuel injected inline-4 cylinder. 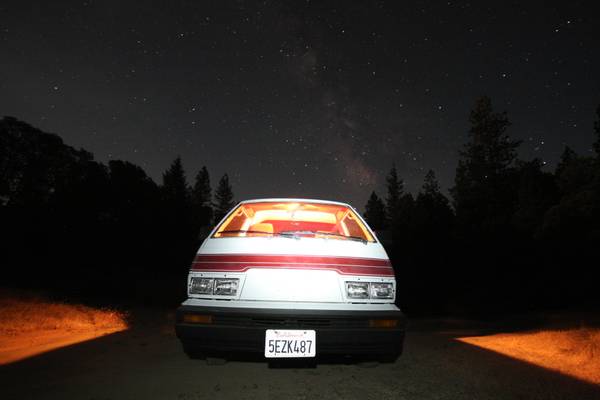 This is an odd photograph to include in a car advertisement, but it certainly plays well into the X-Wing theme… 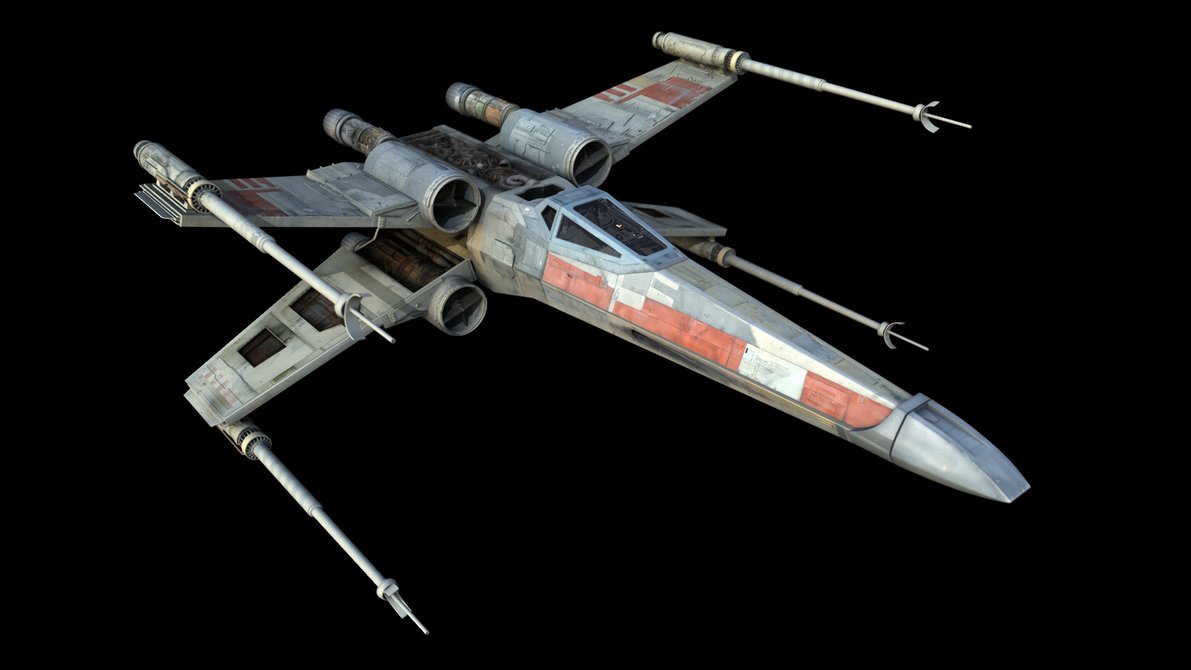 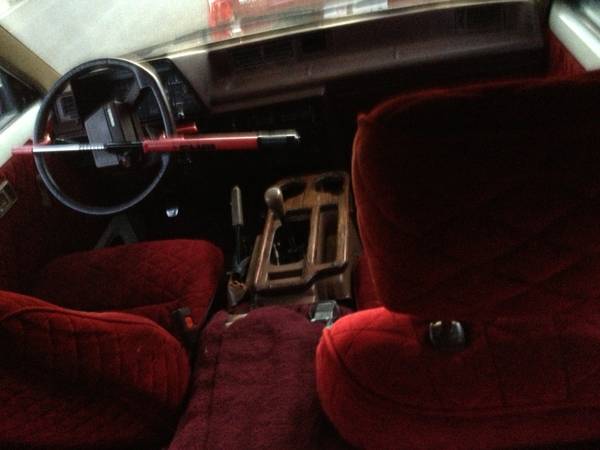 The inside features what looks like a 5-speed shifter and a seriously funkadelic plush red interior.