The Peugeot 505 was the final rear-wheel-drive car from French automaker Peugeot and was produced in stunning quantities worldwide, even though you don’t see many here in the United States.  Between 1979 and 1995, over one million 505s were built in factories in France, Argentina, China, Indonesia and Taiwan, but only a few made it to the US, and fewer remain on the road today.  Find this 1986 Peugeot 505 with 5spd trans for sale in the SF Bay Area, CA for $2,500 via craigslist.  Another great find from DT regular Kaibeezy T! 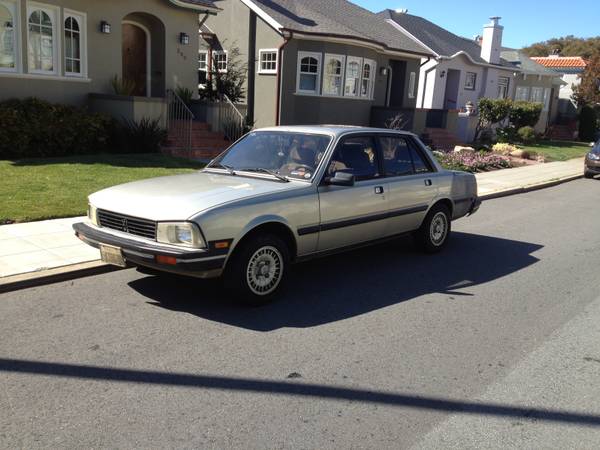 The 505 sedan isn’t exactly a head turner, but it looks somewhat BMW-esque in overall proportions with distinctive Peugeot headlamps/grill. 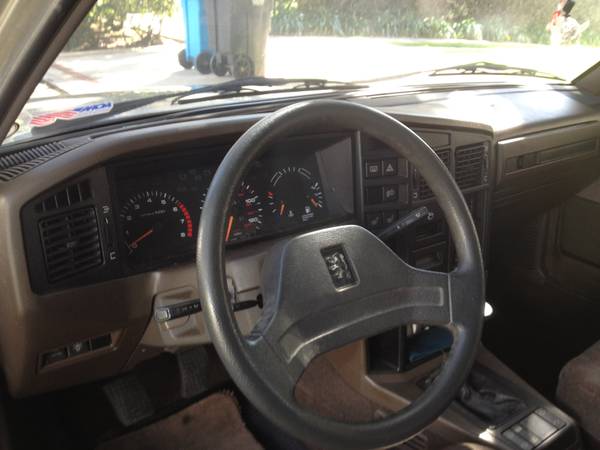 The interior of the 505 won’t thrill anyone, but it gets the job done and this one looks to have survived the years well.  Thankfully, this example is equipped with a clutch pedal. 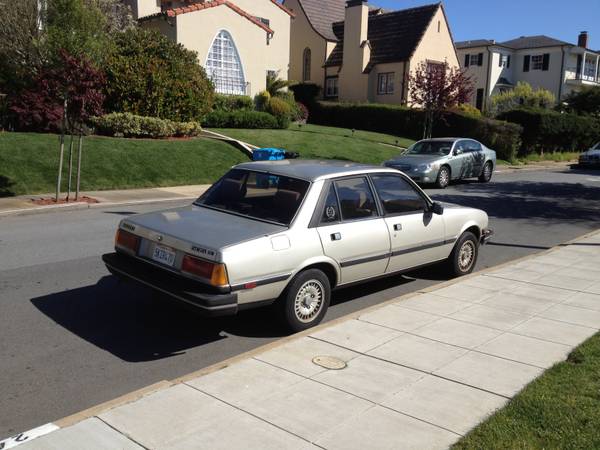 to the US or Canada in 1991, not that the newer front drive PSA offerings are missed (with the notable

exception of some of the recent hot hatches).