The Volkswagen Beetle has been subjected to all sorts of customizations over the years, but the Baja Bug is clearly the favorite of the torch wielding redneck.  Add some flared fenders, big sand or mud tires, raise the suspension and the Beetle goes from a budget family transporter to a budget rally and dune machine. And with a modern engine swap, its power to weight ratio will be notable. This Subaru powered Baja Bug project is a 1971 body sitting on a 1965 floorpan, and is for sale in Wabash, IN for $3,800 via craigslist. 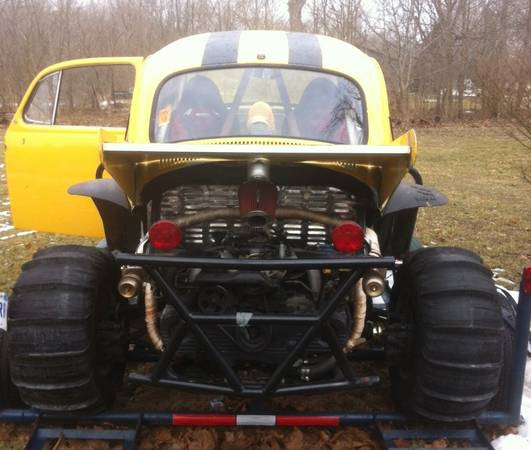 The big exposed engine is the EJ22, a Subaru designed and built 2.2 liter flat four that originally came from a Legacy.  Just about any modern flat-four makes more power than the original VW aircooled engines, and the EJ22 makes 130 horsepower and 140 ft-lbs of torque, easily around 3X the stock VW power. 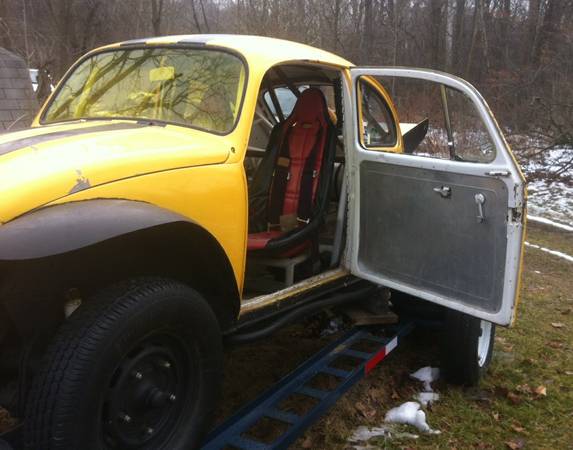 The inside of the Bugaru isn’t set up for the commuter, starting with homemade suicide doors.  Expect it to be hot in the summer, cold in the winter and always noisy inside. 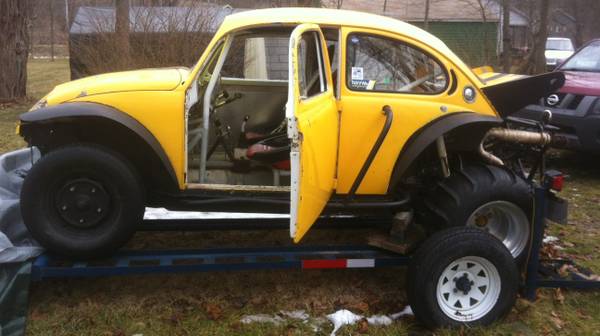 This Bugaru project is potentially an awesome desert, country, Baja 1000 vehicle, and the parts alone will add up well beyond the asking price. With a conversion to the later “IRS” double-jointed rear suspension, heavy-duty Vanagon bus 094 transaxle, 4-wheel disc brakes, power steering, fuel injection and KYB shocks, all this thing needs is a few thousand hours of sweat equity (ok, maybe a few hundred hours) and it could be an awesome vehicle. But we would recommend adding some vents in the front hood for air extraction from the giant radiator!