There isn’t much in common between an R107 SL Benz, Honda S2000 and Fiat 850 Spider, except that they all actually look cooler with a hardtop in place of the folding top.  That and they all have 4 wheels. On this Fiat, the hardtop isn’t an aftermarket piece that you’ll find on something like an S2000, but it was designed by Bertone so it looks sharp. The rest of the 850 Spider was also designed and
built by Bertone from 1964 to 1973, and is known for its razor sharp handling and riding lawnmower rivaling straight line performance.  Find this 1973 Fiat 850 Spider with hardtop offered for $2,000 in Colorado Springs, CO via craigslist.  Tip from FuelTruck. 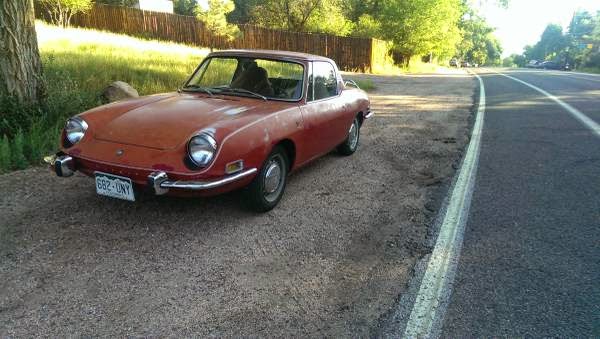 The 850 Spider  shares its mechanical parts and engine with the 850 sedan, so that means the 843cc (and 817cc for US market) inline-4 is also used.  Expect 40ish horsepower and some torques to push around the sub-2000 lb car.  You’ll look good going everywhere, which is good because you’ll spend a lot of time in transit. 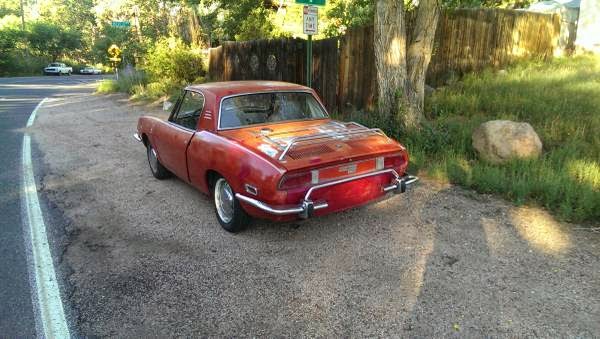 This car is described as a nice running/driving example with a recent tune up by Fiat Rescue in Denver, CO.  Mechanically good running cars with nasty exteriors are often going to give you a better owner experience than an amateur restoration or a pretty pile of junk…but this is a Fiat, so you should always check the underside thoroughly to understand the extent of the rust. 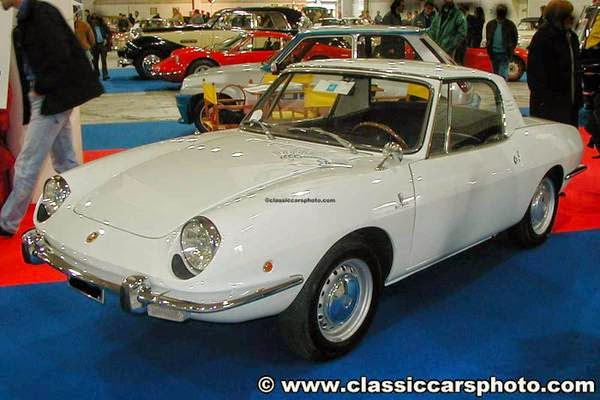 The seller was nice enough to show a few examples of a nice condition 850 Spider with Bertone hardtop.   See another hardtop equipped classic? tips@dailyturismo.com