If you head out to the nearest Lancia (the “ci” is pronouned like “sh” in ship with a silent “i”, so the name sounds like lan-sha) dealer looking for a new car wearing the lance and shield logo, you’ll find that it is quite a long trip (Lancia withdrew completely from the US market in 1982) and the cars in the showroom are miserable rebadged Chrysler group rejects.  It wasn’t always like this, and there was a time when you could buy a oddly complex Italian built machine like the Fulvia.  Find this 1971 Lancia Fulvia 1.3S offered for $25,000 in Alameda, CA via craigslist. Tip from Kaibeezy. 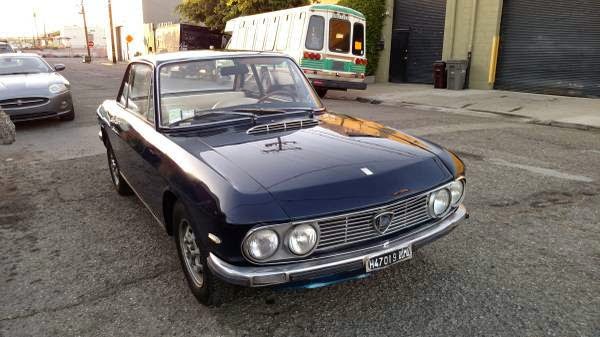 The Fulvia was named after Fulvia Flacca Bambula, a particularly power hungry wife of several famous Roman politicians, including Marc Antony — a Late Roman Republic era equivalent of Hillary Clinton.  The Fulvia sheet metal design is attributed to Piero Castagnero and looks just as good in person as it does in photos. 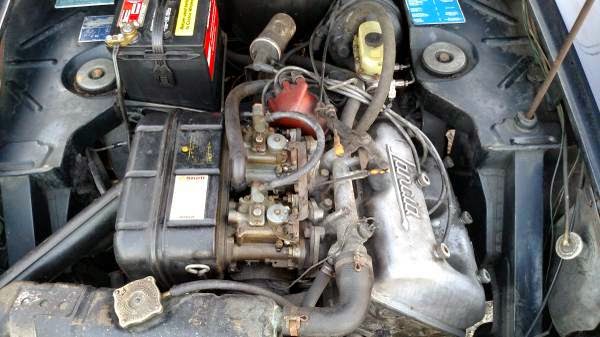 The Fulvia is powered by a 1.3 liter narrow 13 degree V4 that uses two
overhead camshafts (one for exhaust valves, one for intake) and a single
head (similar to Volkswagen’s H2O cooled VR6 setup) to produce 80 to 87
horsepower according to various sources on the interwebs.  The engine
is leaned over at a 45 degree angle towards the driver’s side and mated
to a 4-speed gearbox fitted to the front wheels.  The Lancia V4 is an
interesting piece of engineering and makes decent power for a 1.3 liter
’60s engine in a small package. 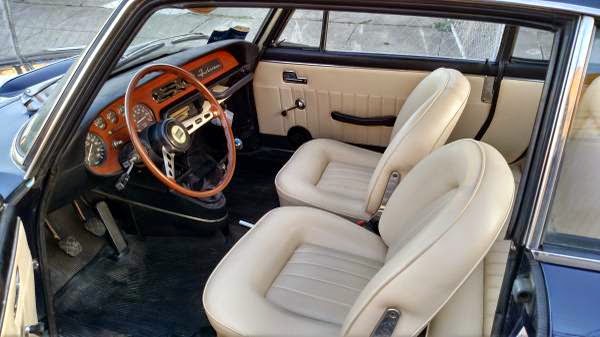 On the inside you will find all the typical delicate switchgear you’d find on anything Italian from the 60s/70s, and it appears the interior has been recently redone.  Described as an original car that was maintained to run, this looks like a good Fulvia for driving instead of sitting in your garage. 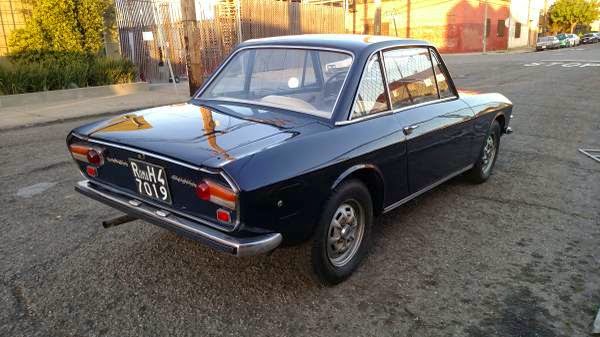 See a better way to cruise in Italian style? tips@dailyturismo.com