Just what exactly is a DeLorean project anyway…I thought all DeLorea were projects?  The DeLorean  DMC-12 was a gull-wing equipped sports machine built on a fiberglass monocoque and covered by cosmetic stainless steel panels.  The DMC-12 was designed by noted pasta designer Giorgetto Giugiaro and was powered by a mid mounted PRV6…but don’t let that hold you back because they are HOT HOT HOT and prices are redonkulous.  Find these 1981 (and 1982) Delorean DMC12 projects offered for $18000 in Sparta (THIS IS SPARTA!) , TN via craigslist.  Tip from Dave. 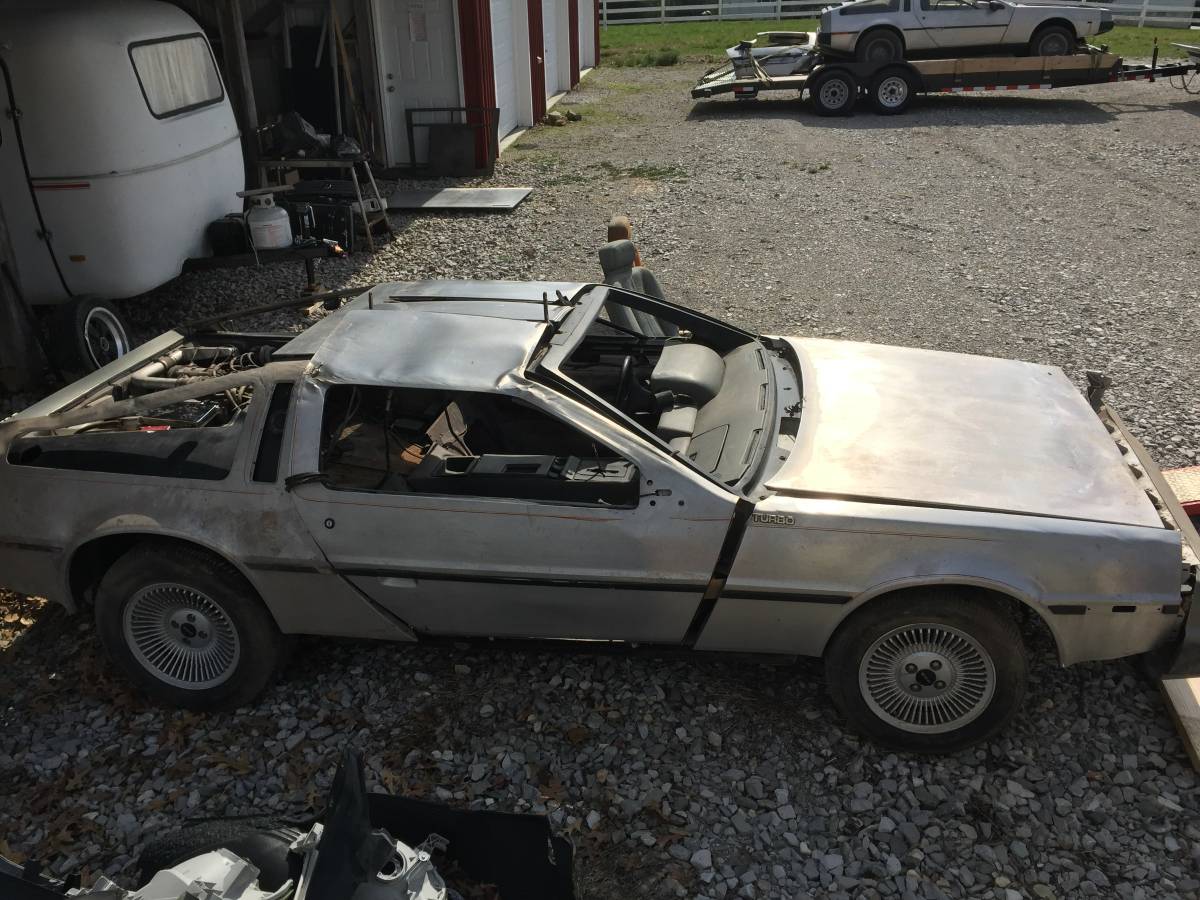 1981 and 1982 Delorean DMC12 cars. Both cars are project cars that have been sitting in a shop since the mid 80s. Both have been in accidents at one point in time, one causing a lot more damage. Both have TN titles in my name. Both are missing their keys (which can be purchased at www.delorean.com)

Car #1 is an 81 that was repaired from a front end collision, but never finished. Body work and panels have been replaced and the car has sat ever since never being fully completed. It is a March 1981 car with 00879 VIN. The odometer is showing 1,175 miles. The car is a black interior, 5psd car. Engine is free, but has not been ran for over 20years. Most parts bought were from DMC. It does not have the correct hood and the pass. fender was replaced with one having an antenna hole stamped into it. Overall the car does not have any major rust, due to it sitting in a building the majority of it’s life. The interior will need attention from sitting so long and the car does not have a windshield.

Car #2 is an 82 model that was in a rollover accident. It is a 1982 car with a 10903 VIN. It is a grey interior, automatic car.  It has a single turbo charger system installed with intercooler and water/alcohol injection kit. I believe it is a H.L. Ward kit as it also has some of their other accessories they advertised. This car has had repairs done to it since the accident, but obviously will need a lot of sheet metal work and front frame repair. I do believe the car is savable. the motor turns and is not locked up. This car also sat in a building since the 80s. 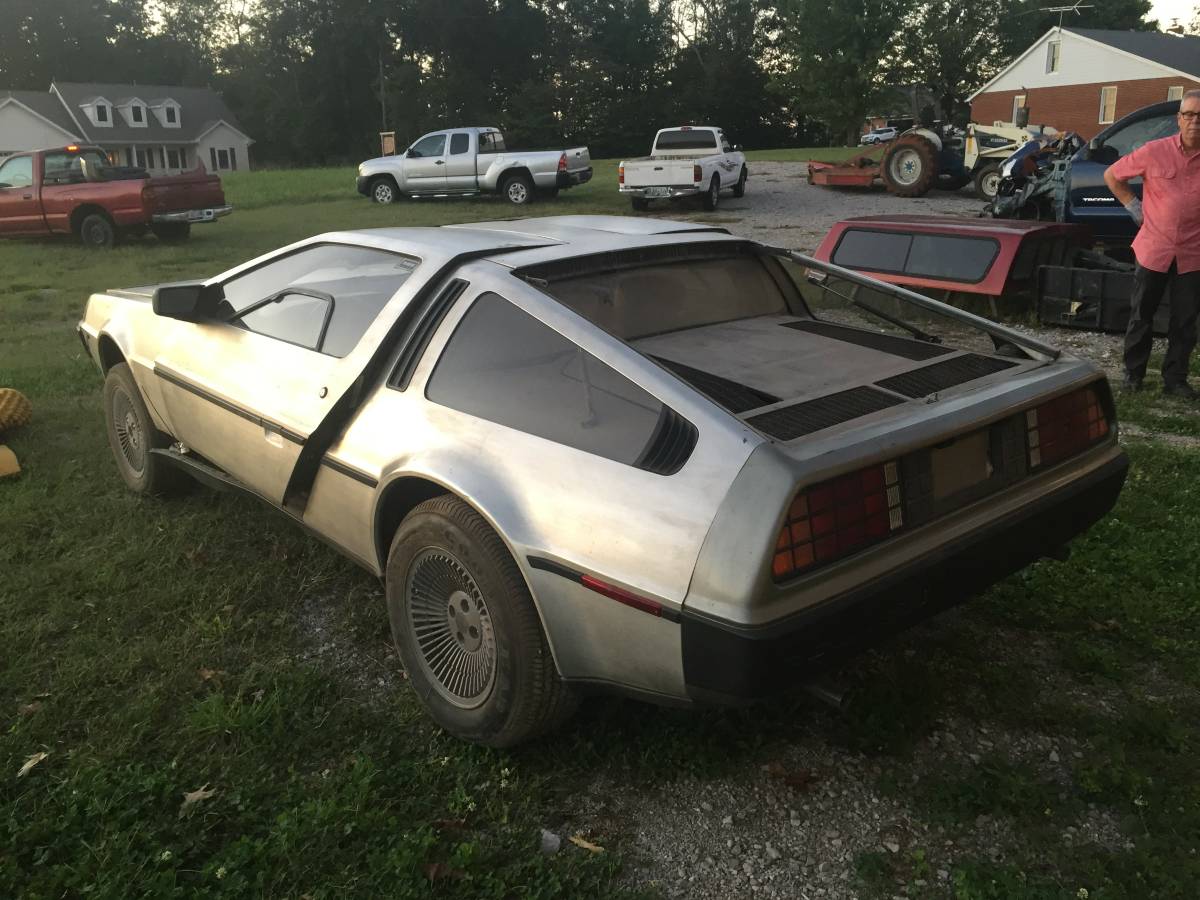 With the cars includes a truck load of interior parts and misc parts from a wrecked Delorean.. 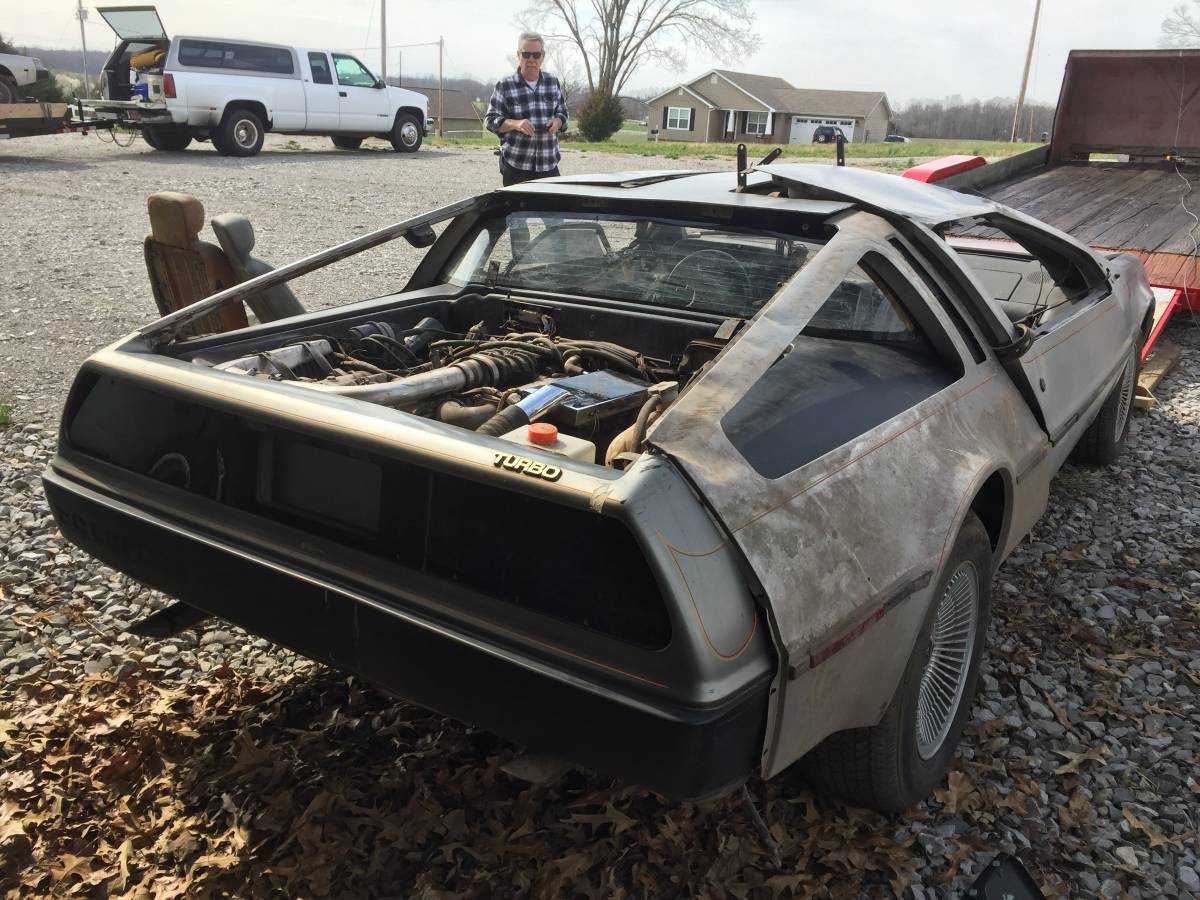