The Mk I GTI was a world changer and showed post fuel crisis
world that a front wheel drive, reliable family econobox could be fun.  Its combination of fuel injected engine, manual rack-and-pinion steering, 2000 lb curb weight, and room for your junk put the GTI in a class of its own.
The paradigm is still true today and you don’t need a spend a bunch of money to pick up a used GTI.  Find this 1984 Volkswagen GTI Mk I offered for $1400 near Kalispell, MT via craigslist. Tip from Oldsmobuick. 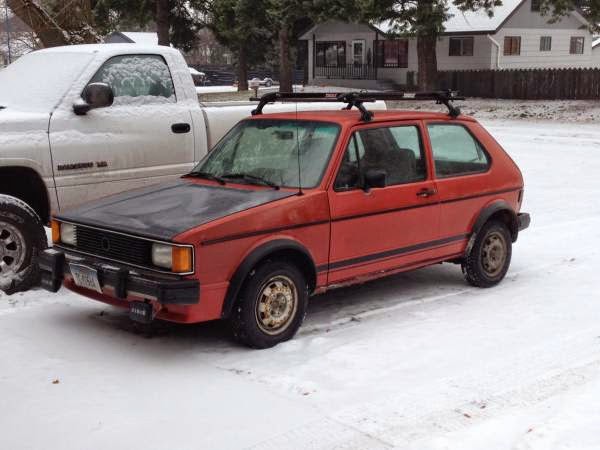 The first generation Volkswagen GTI is known on sites around the
internet as the first hot hatchback, but that claim is dubious given
cars like the Autobiachi A112, Austin Mini Cooper,  and the Saab 99 Wagonback.  The GTI took the basic Giorgetto Giugiaro designed Golf and turned the
knob up a few clicks by adding a fuel injected engine, a sport
suspension and red specific GTI badges/trim…which seem to be missing on this one. 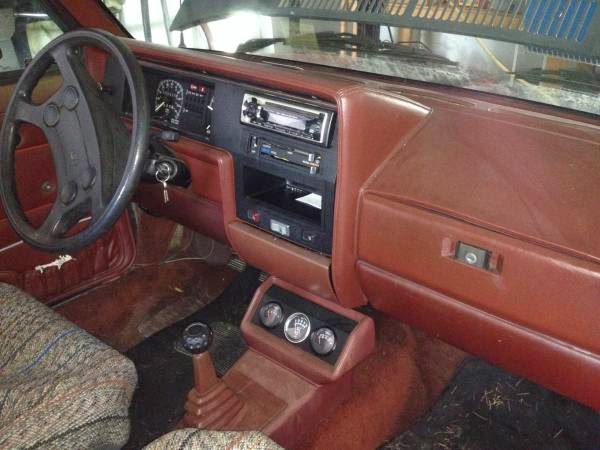 The Mk I GTI is powered by a version of VW’s watercooled inline-4 that displaces 1.8 liters and is rated at 90 horsepower
and 100 ft-lbs of torque.  It won’t be fast by today’s standards, but the engine revvs freely and is mated to a capable 5-speed gearbox 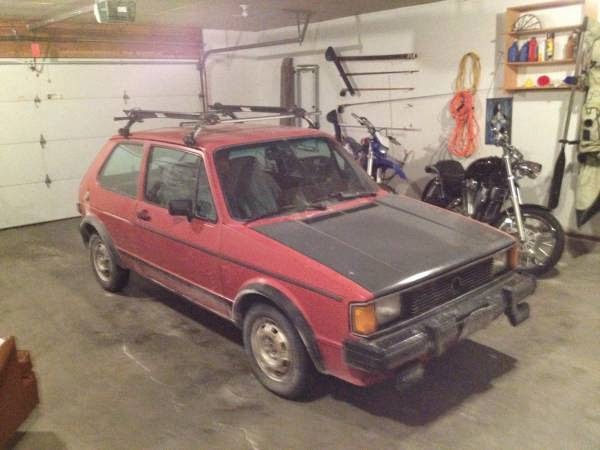