The Alfa Romeo 75 was a compact executive sedan released in 1985, just before Fiat took over the reigns of the Milan based automaker.  The 75 (or Milano as it was known in the US market) was designed in-house at Alfa by Ermanno Cressoni and featured his signature La Linea sharp edged design features as first seen on his Giulietta (Type 116).  Find this 1987 Alfa Romeo Milano Platinum offered for $3,000 in Dallas, TX via alfabb.com forums.  Seller submission from Bob. 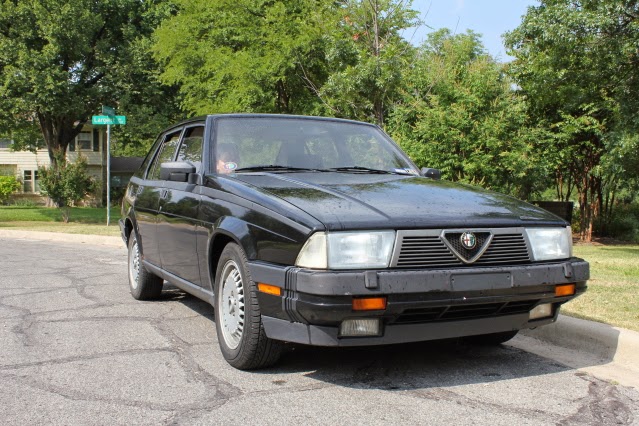 This Milano is clearly on the driver end of the spectrum of examples available for sale.  This is not a problem if you are looking for a driver, or a cheaper car to pickup for a cosmetic restoration.  In the meantime you can drive it around since other than a few rust spots and general fading of plastic parts, it looks fine. 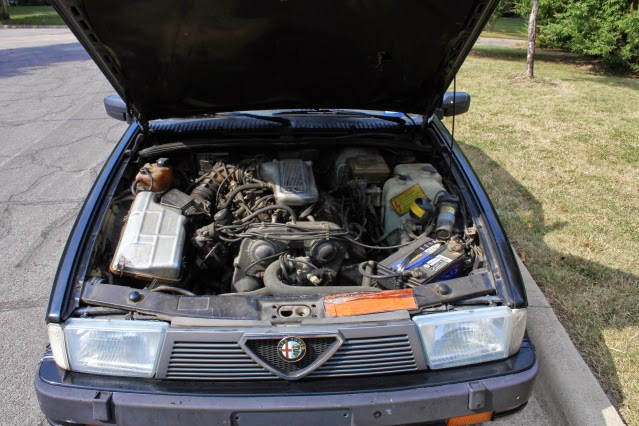 The 75/Milano will be forever remembered as Alfa’s last true rear-drive executive sedan and is powered by a a version of Alfa’s V6 that displaces 2.5 liters and puts out 154 horsepower — into a 5-speed manual gearbox that is connected to a de Dion tube suspended rear end. 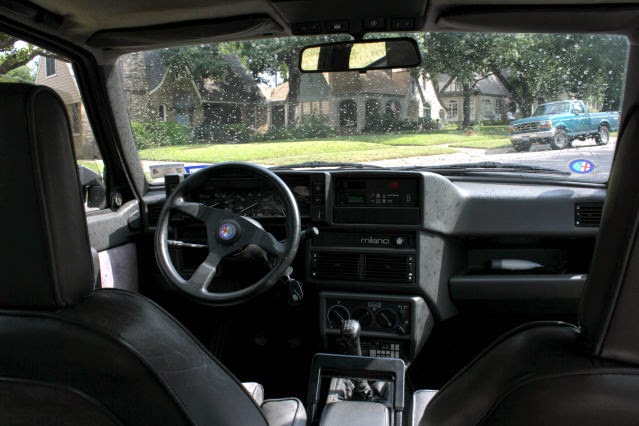 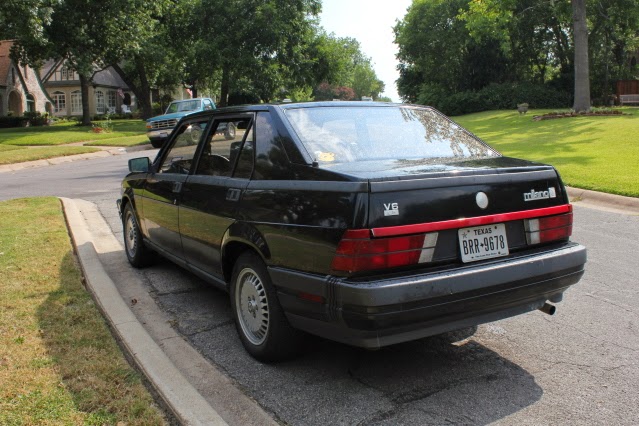 Got your own car to sell? Send us a link.  The abuse is free! tips@dailyturismo.com