There’s also no hiding the fact that Corvairs are going up in price,
making them a solid investment for the fair weather driver who wants a car that be used
as a daily driver, be easily prepped to be a fun weekend
autocrosser or used as an easy going targa vehicle; for less than the price of a very basic new car.  This next feature is a 1965 Corvair Convertible Turbo offered for $15,900 in Upland, CA via craigslist. 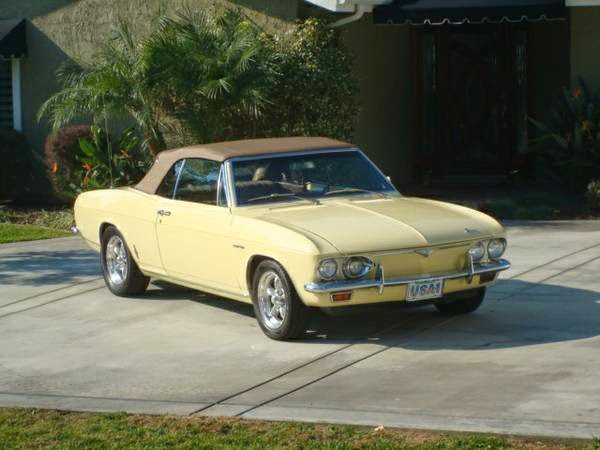 DT’s in-house Corvairologist Hunsbloger picked up on this car in early January when the asking price was $17,900, but a month later we received a tip from DT reader FuelTruck and we noticed the price has dropped by $2k.  This is good, because it means the seller isn’t some kind of sociopath who is trying to recuperate every penny he has ever dropped in the car or is trying to get Hagerty value for the car.  The drums up front could be swapped for discs, but otherwise the turbo power and yellow/tan paint color seem like a great combo. 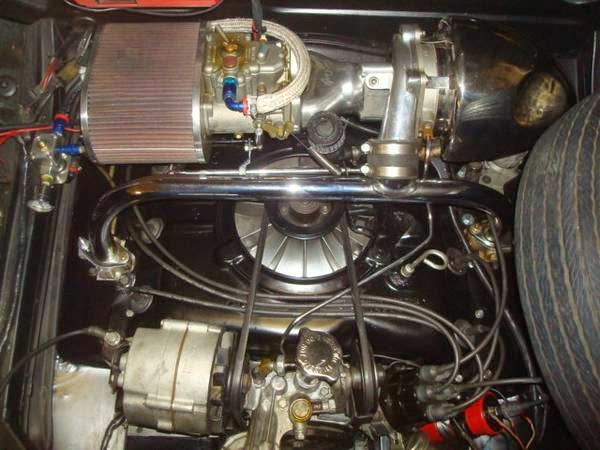 Under the hood…errr trunk is a 2.7 liter flat-6 that is turbocharged (but not intercooled) to 180 (SAE gross) horsepower and mated to a 4-speed manual transaxle.  The aftermarket carburetor might add a few ponies but it looks lame compared tot he coffee-can stock intake/carb setup. 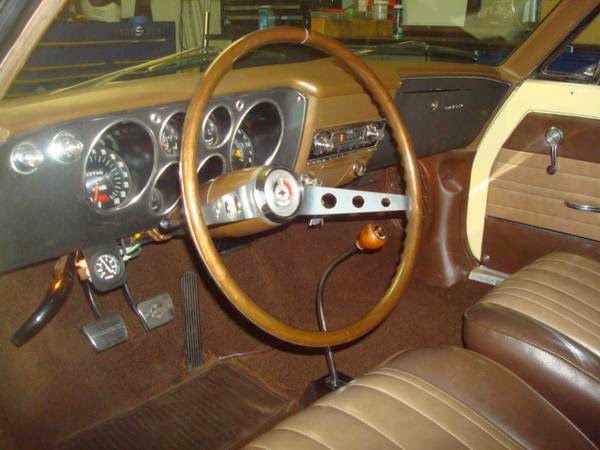 The interior of this Corvair isn’t bad at all, and features a decent set of tan/brown seats and matching door cards. 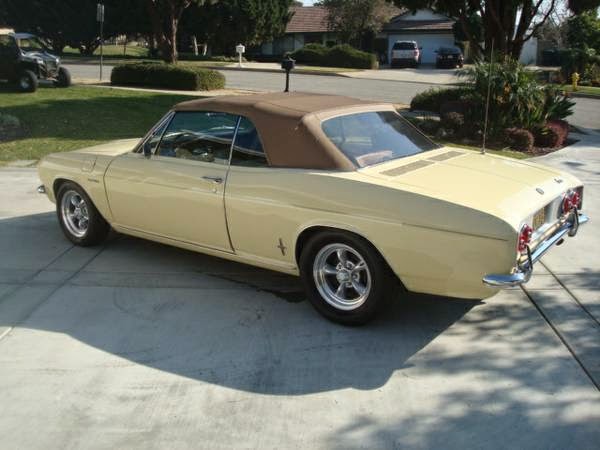 See another car that needs a set of period specific mags? tips@dailyturismo.com