The Porsche 944 Turbo is also known by the internal designation 951 and is generally considered the best of the affordable front engined Porsches.  I say generally, because some folks will prefer a 928 GTS and others will rave about the big bore 968, but the 951 offers the best combination of potential speed, handling and reliability with the Dr. Ing. h.c. F. Porsche AG crest on the front without getting into an air cooled 911.  Todays example is in great condition with only 48k miles on the clock, but is offered at a fairly aggressive price point.  Find this 1986 Porsche 944 Turbo offered for $16,900 in Ventura, CA via craigslist. Tip from Erik. 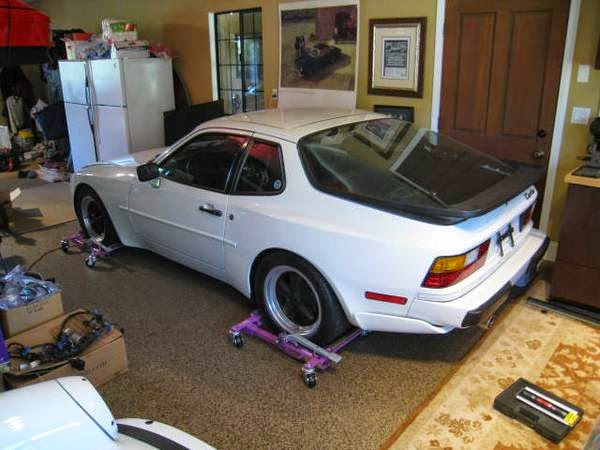 Truth be told, I have an ulterior motive for posting this car…it is because the location of the photos is so interesting.  Is it a garage?  A living room?  A converted office space?  It could be a finished garage that has been carpeted or it could be someone who has parked his 951 in his mom’s living room. 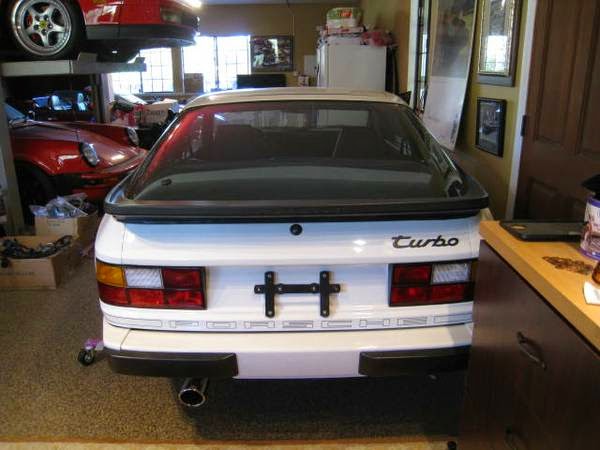 The Porsche 944 Turbo was powered by a 2.5 liter version of the basic 944 engine that has been turbocharged and intercooled to produce 217 horsepower and 243 ft-lbs of torque.  The turbo also added a revised front fascia, bigger brakes all around, stiffer suspension and a strengthened gearbox. 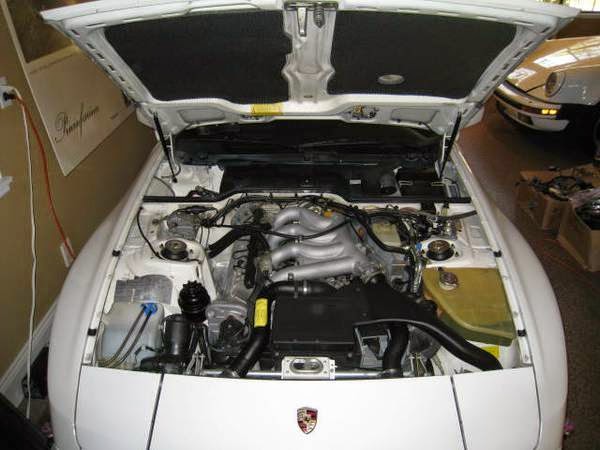 Now comes the fun part —  help us identify the cars and items in the background.  What do you see?  Comments below.