Bentley Motors Limited was founded in 1919 by two brothers and later sold to Rolls Royce when luxury car sales dipped during the great depression.  During the 1980s the Rolls and Bentley names were owned by Vickers, which put a considerable effort into reviving the Bentley brand including the development of the Turbo R, a performance “Roadholding” sedan with gigantic size and aspirations.  Find this 1991 Bentley Turbo R Custom for sale in Santa Ana, CA for $12,995 via craigslist.  Tip from Mike M. 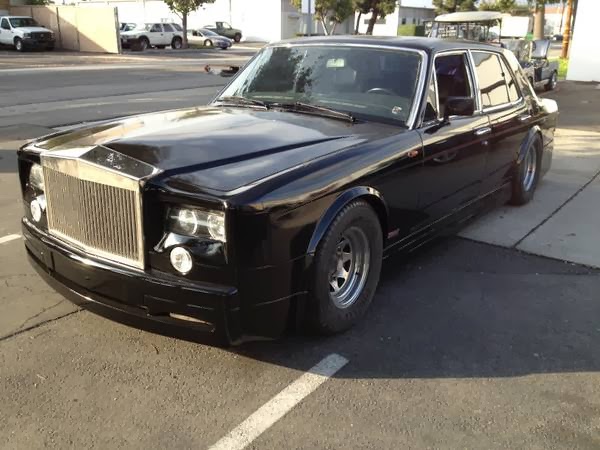 This Bentley Turbo R has been given a serious makeover in the form of a front end that resembles a Rolls Royce Phantom – ironic because the Phantom is a product of the BMW takeover of the now competitor Rolls brand.  The oddest thing about this “custom” are the wheels, which the seller says will need to be replaced.  It must be because he needs them back for his Z28.  Not only are they mismatched front/rear side/side, but they are so not appropriate for this style of car. 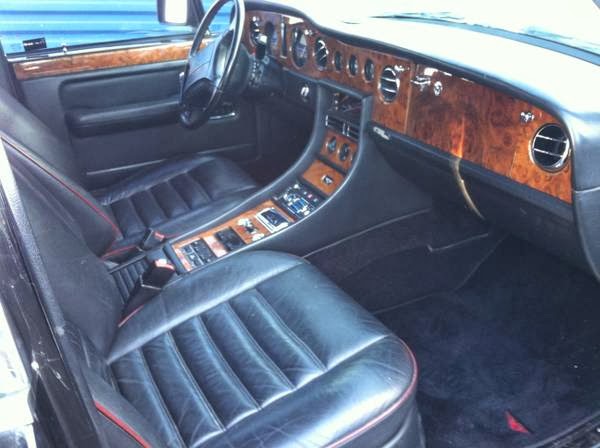 The Bentley Turbo R is powered by a 6.75 liter turbocharged Bentley V8 – and while Rolls/Bentley didn’t release any official horsepower figures for their cars during this era, internet rumor suggests a conservative 300 horsepower and 486 ft-lbs of torque. 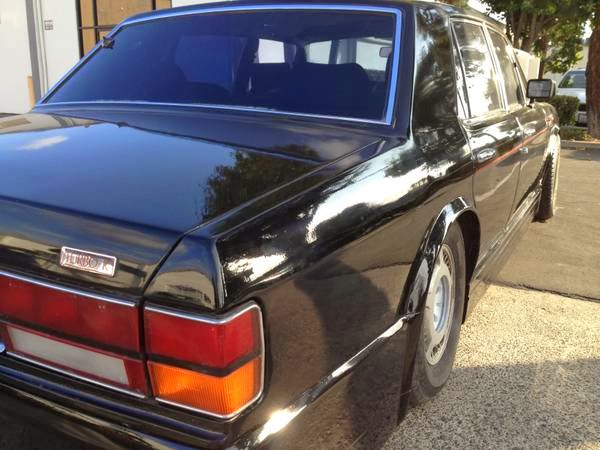