1977 was a complicated year for well-to-do buyers who arrived at a Porsche dealer showroom.  One could buy a previous model year (but new) mid-engine 914, a new to the market front-engine 924, a classic rear-engined 911 or put a down payment on a front-engine 928.  Likely the 911s aged looks lost many buyers to the new 924/928 and Porsche leadership fully intended to mothball the iconic Beetle descendant into obsolescence.  Obviously that didn’t happen, because for every 911 spun backwards into a telephone pole, another new 911 was sold and it outlived the 924/928/944/968 like a House of Windsor monarch.  Find this 1977 Porsche 911S for sale in SF Bay Area, CA for $14,000 via craigslist.  Tip from KBZ. 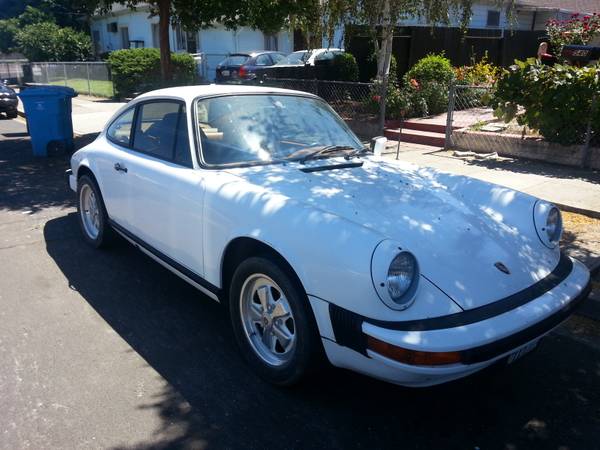 1977 was the last year for the 2.7 liter 911S, and the next year it was replaced with the 3.0 liter SC.  The 2.7 liter flat-6 puts out 160 horsepower and were known for early engine failures due to heat issues related to the hated thermal reactors which can be removed but put a car in California in technical violation of the strict “ever zing must be za same” nazis at CARB.  Hope this one has had its thermal reactors gutted, but housings still in place for the visual check… 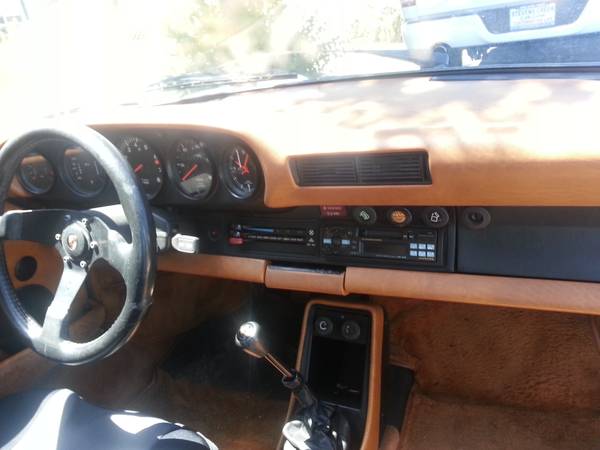 Scant details are provided in the advert, but often the best deals come from taking a chance on a seller that is busy, illiterate or a cannibal.

See a better deal on a 911S? email us here: tips@dailyturismo.com