Between 1989 and 1997 BMW sold only 7,000 of the shark nose E31 8-series in North America, a luxury grand tourer meant not to just supersede the E24 6-series, but to also eclipse it in performance, price and prestige.  It was available in base configuration with a V8, but real ballers splurged for the V12, something your Porschephile neighbor couldn’t get in his 928.  Today buying an 850i is similar to finding a good used circus lion.  They are cheap, your friends will want to come over to see it, it will drink lots of fuel and someday it will bite your head off.  Find this 1991 BMW 850i 6-spd for sale in SF Bay Area, CA for $9850 via craigslist.  Tip from Eric R. 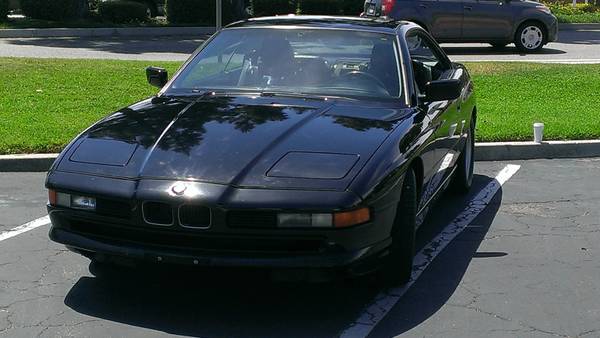 An 850i won’t literally turn you into a Roywich but it can cripple your bank account with significant repair bills if you don’t feed it carefully.  The seller of this one claims at the usual “intimidating maintenance items” have been done, but a careful and thorough PPI is always in order with an 850. This one is equipped with the 6-speed manual transmission, making it immensely more fun to drive than the slushbox version. 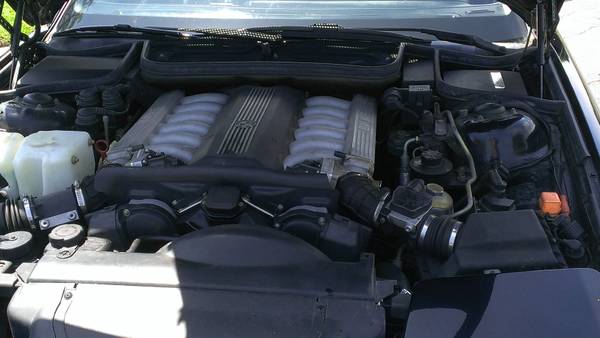 The M70B50 is a 5.0 liter V12 that puts out 295 horsepower via a novel
and prone-to-fail dual drive-by-wire ECU setup…which is rumored to be
closer to twin inline-6 controllers than a single V12 controller.
Diagnosis of problems is like a being a doctor trying to treat conjoined twins.