Yesterday’s Porsche 968 bidding for around $15k prompted a few commenters to point out that you can get some newer/nicer/faster/less-pricky cars for that same amount of money.  The Porsche Boxster S is one that springs to mind, you are getting a car that is 10 years newer, faster, better balance, and more cylinders…so why do they cost about as much?  Find this 2000 Porsche Boxster S offered for $15,900 buy-it-now here on eBay

with 3 days to go, located in Jacksonville, FL. 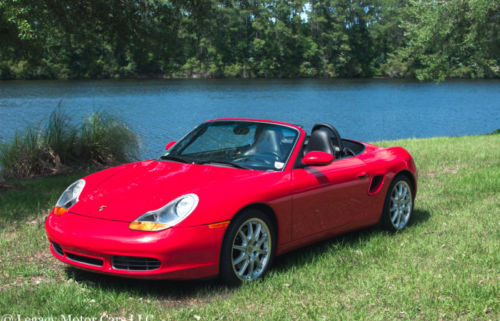 The first thing that many people will bring up when you causally toss out the name Boxster is; IMS failure. It is, for better or worse, a large part of the 986 legacy.  The sheer volume of information is staggering, but in short the early flat-6 watercooled engines had an issue with a grease packed (non pressurized oil fed) intermediate bearing that can fail and cause catastrophic engine damage when it goes…not if it goes, but when.  Porsche was on the receiving pointy end of a class action lawsuit, and Boxster and 911 (966) prices are depressed due to this…however…you can own and drive a Boxster/996 for years without having the engine blow up.  True story.  Most owners will never experience this issue and it is only because a rebuilt engine costs $15k that it became the big deal that it is today.   Before someone jumps in the comments and says “actually, this car has the Finland assembled IMS and won’t have this problem”…just stop and admit that all of the early watercooled flat-6s have been tarred with this brush even though actual failure rates are in the 5% range.  I’ll like to take this opportunity to mention that RX-7 owners would give up their left kidney for a 95% chance their engine won’t blow up each and every time they key the ignition. 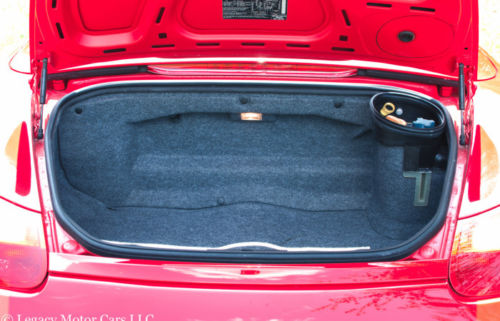 Under this carpeted trunk is a 3.2 liter  flat-6 good for 250 horsepower and 225 ft-lbs of torque mated to a 6 speed manual gearbox.  Sure, you can get a new Nissan Altima with more power, but take a ride in a Boxster S and you’ll understand why folks shelled out 50 to 60 large when these things were new. 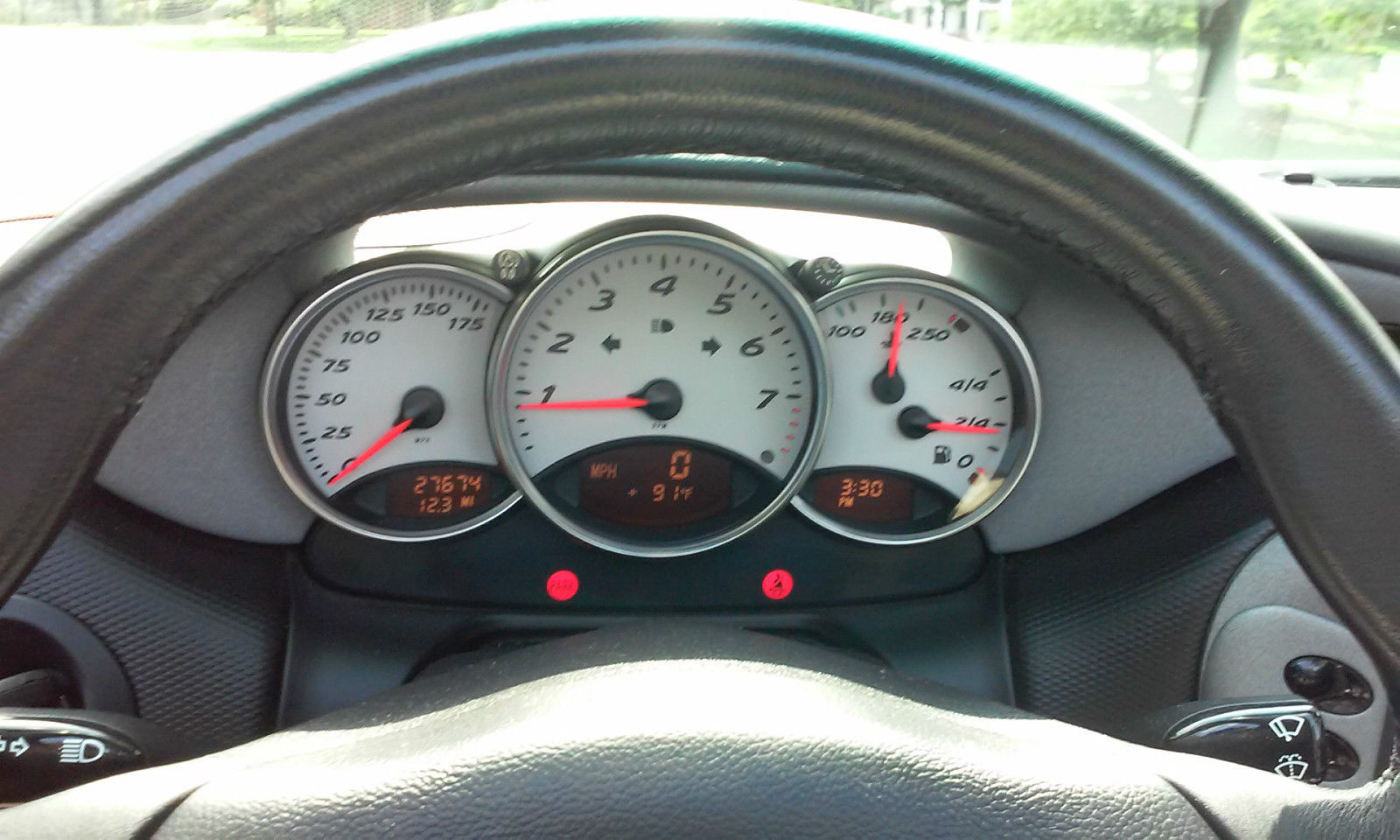 Take a look at the odometer on this one — 27k miles.  Wow.  You’ll be hard pressed to find any 15 year old cars with so few miles, unless of course the owner was concerned he’d blow up his engine…sorta makes sense now. 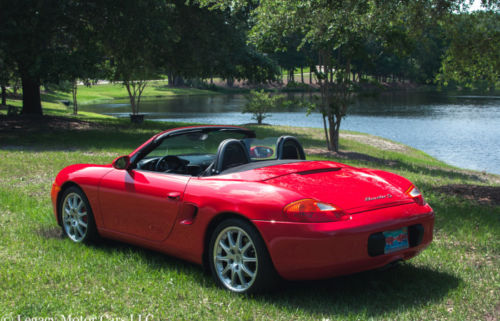 See a better way to have fun in the sun? tips@dailyturismo.com