We posted a Toyota Celica yesterday, but it was a later all-wheel-drive version when the Celica was a big moneymaker for Toyota and they were more interested profit than growing market share with enthusiasts by building fun to drive and affordable cars.  This wasn’t the case in the early 1970s; Toyota needed to build cars that delivered driving fun and value – enter the first generation Celica.  This 1972 Toyota Celica twin cam is for sale in Gardena, CA for $14k via craigslist. 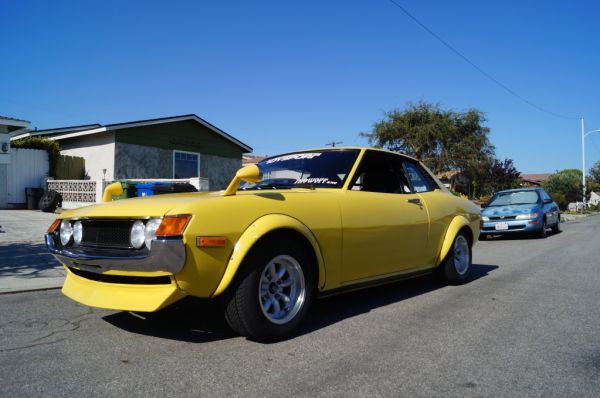 This A20 Celica is offered in a fantastic shade of banana yellow – claimed to be original paint that isn’t in perfect shape, but we’d much prefer an older original paint to a new cheap Earl Schieb job. Despite being very conspicuous and “loud” we think this shade of yellow works well on 1st-gen Celicas. 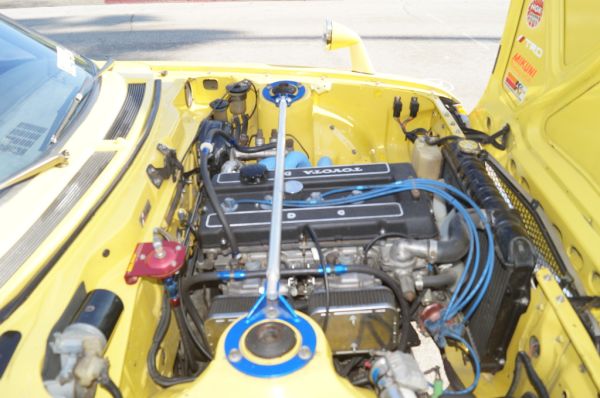 This Celica is powered by a built 2.2 liter 18RG DOHC 8-valve motor that could be making close to 200 horsepower if its been properly built and tuned.  It is mated to a W58 5-spd manual transmission out of a later model Toyota (probably a Supra or IS300). 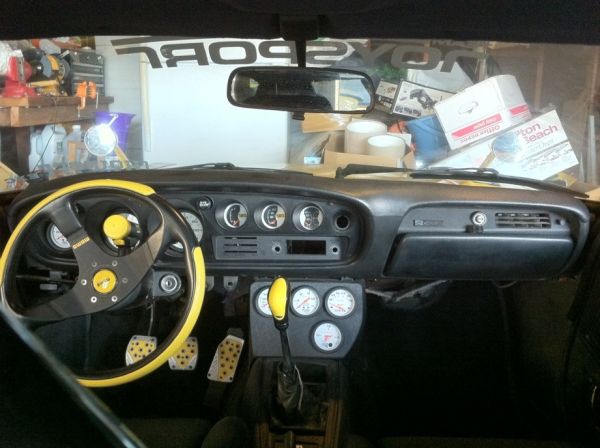 Inside this Celica has the worlds most phallic shifter and yellow accents everywhere and lots of gauges.  Almost too many gauges so we have to assume that half of them don’t work. But we could be wrong. We’d fire Paul Walker and Vin Diesel as interior designers and replace the wheel with a toned down Momo or Sparco suede wheel. The shifter, pedal covers and homemade gauge panel have to go as well. This is straightforward work and the interior could be sorted out in an afternoon. 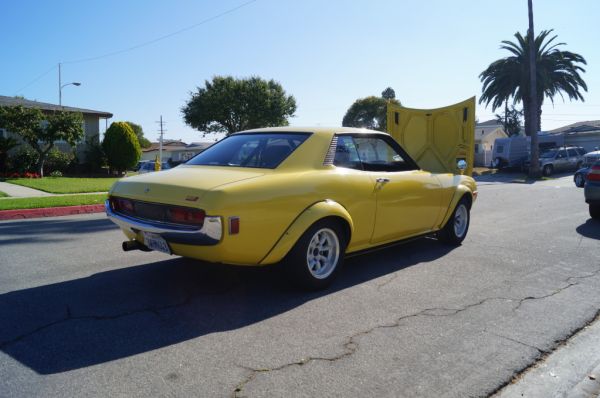 This Celica is wearing some period specific Panasport ultralights and they look great in the Japanese style fiberglass fender flares.  Our only problem with this car is the asking price, it is a bit optimistic at this point, but it is a sweet ride in great shape that only needs a bit of cosmetic attention to be fantastic.

See another Japanese classic for sale?  email us here:  tips@dailyturismo.com