It doesn’t get much more “American” than the first generation Ford Mustang, and the fastback has been (and probably always will be) the most desirable of the breed.  Chalk it up to the fastback’s pedigree as the preferred racing variant, relatively low production numbers or the handsome fastback roofline — it doesn’t matter, you just know you want one…but when you find a cheap one, is it too good to be true? Find this 1965 Ford Mustang

currently bidding for $14,000 with a few hours to go on eBay, located in the City of Angels, CA. 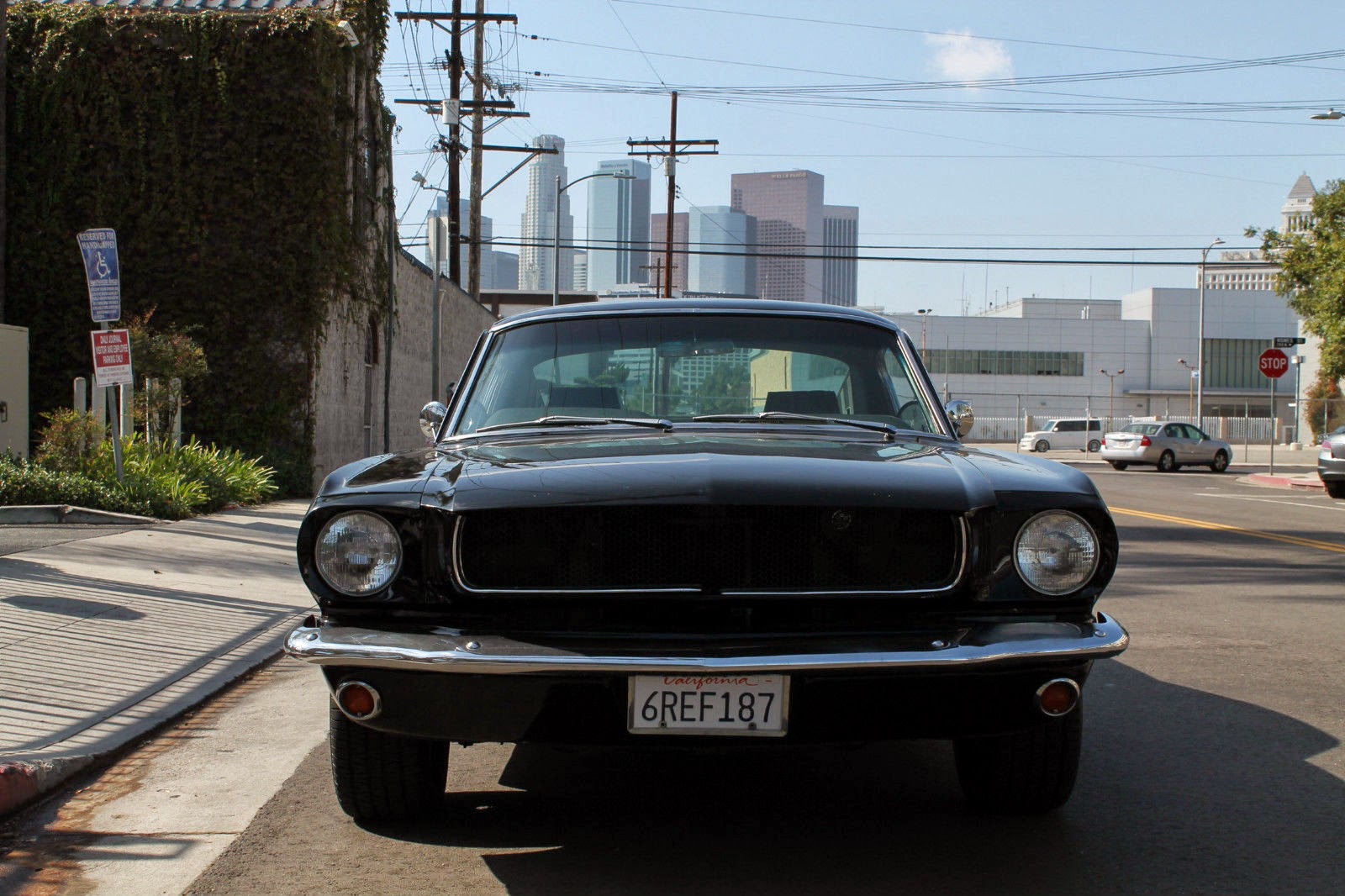 Prices for classic Mustang fastbacks shot up drastically in the early aughts, but have been stable for the past decade and have probably lost money against inflation in the past few years.  Each generation of car geeks has their own particular favorite, but the Mustang has that je ne sais quoi akin to a ’30s Ford or ’57 Chevy — it’ll outlast the thrill ride of cars like the E30 BMW M3.  It helps that they are dead reliable, easy to fix and have an aftermarket bigger than the iphone. This one looks nice at first glance, but why is bidding so light?  Start with the VIN — 5F09T140843.  That little T means a ton — it means this car left the Dearborn factory with an inline-6 cylinder engine, drum brakes with 4-lug wheels. 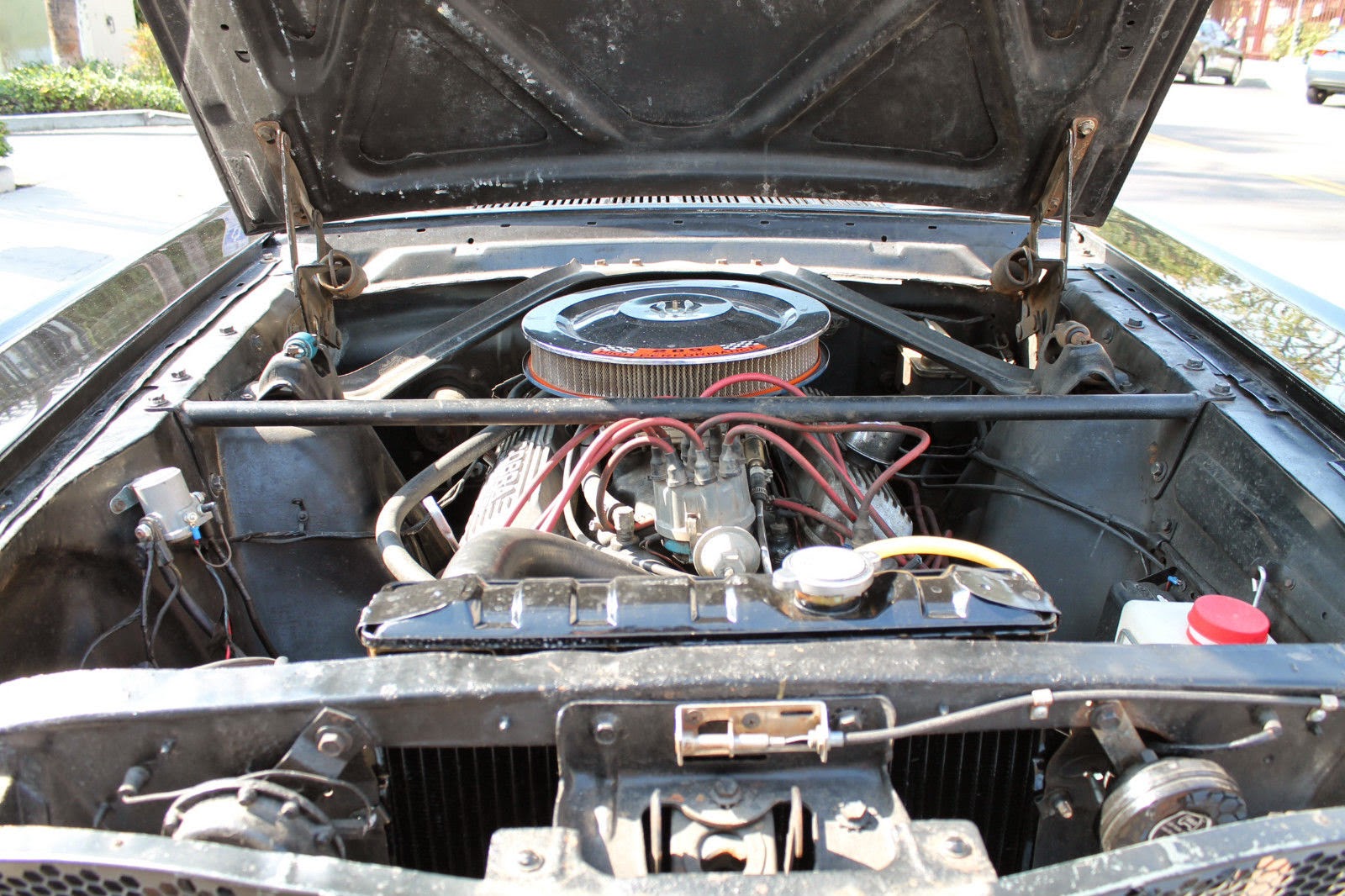 This one seems seriously under priced from the outside, but a glance under the hood shows some nastiness that could be keeping the bidders away.  It might be something that could be fixed with a pressure washer, a can of goop, and some elbow grease.  How are those fenders held on, I see two bolt
holes on the driver’s side with nothing in them?  The more we look the more horrific it gets, many of the steel parts show surface rust and aluminum parts are seriously pitted, this car was probably a barn find but it wasn’t restored on a rotisserie… unless it was covered in herbs, salt & pepper, and slowly roasted at 375F for 4 hours. 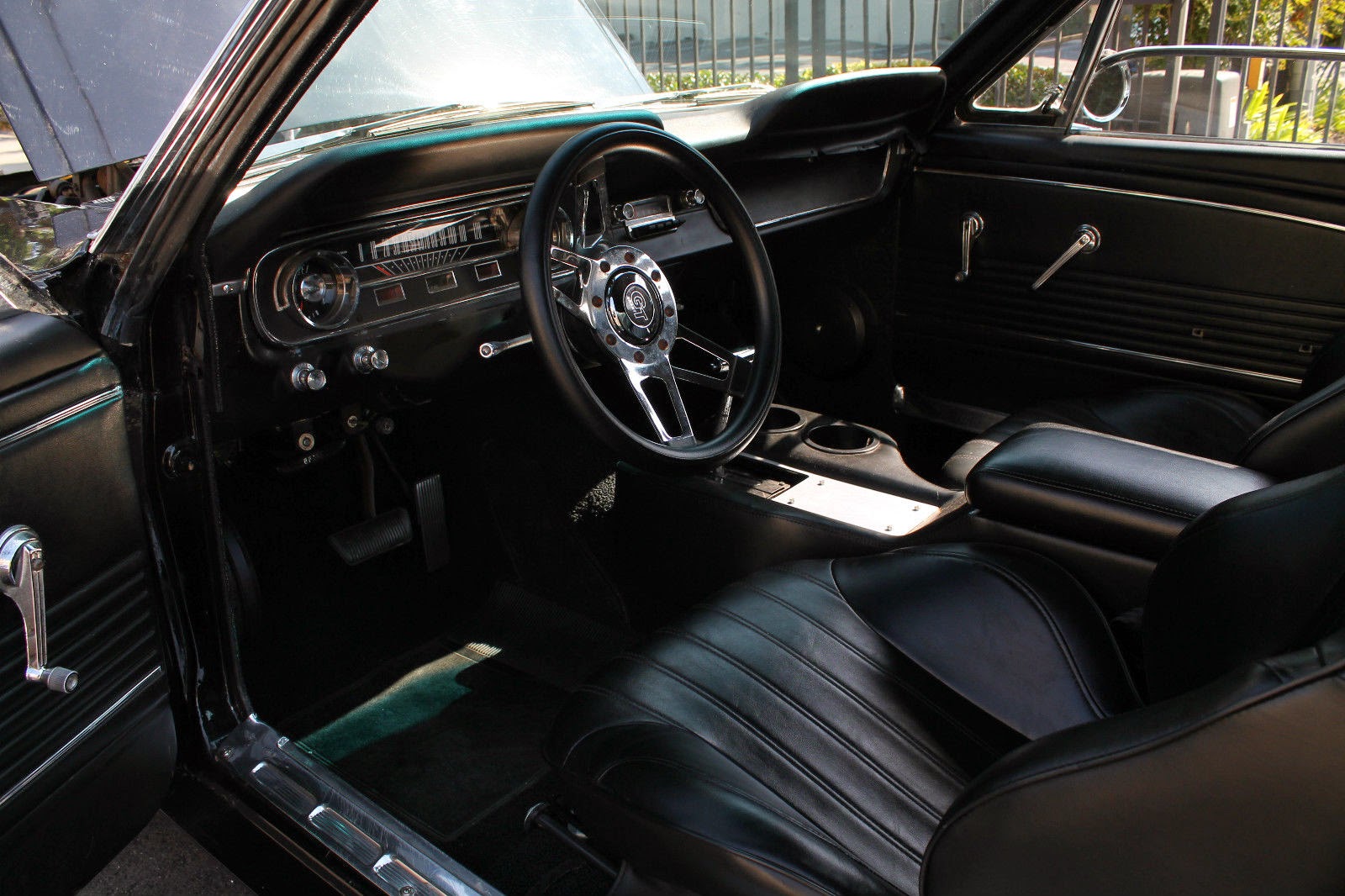 The interior shows some restomod style updates (seats, steering wheel, cup holders etc), but otherwise doesn’t look like a rat’s nest of electrical connectors or a crime scene.  Its an automatic, no power brakes, now power steering.  Even the steering wheel center hub screws are rusty?
So it was a bare bones price leader entry level mustang that someone did an amateur restoration two decades ago (or 2 years if it was driven in salt).
The seats are going to be love it or hate it (Sparco?) along with the hokey looking steering
wheel and love it or hate it center console with cup holders
towards the passenger’s side.  The seller says he has stock center console (if its been replaced, you can
count on the replacement one being in much better shape) and the interior arm rests are missing (at least on passenger’s side.  None of these, by themselves are big issues, but they lower the overall value of the car to a beater/driver status.  It isn’t necessarily a bad thing if you are looking for a driver.  Keep your 3k mile Shelby GT350H in the climate controlled garage and drive this thing to work 5 days a week.  Why not? 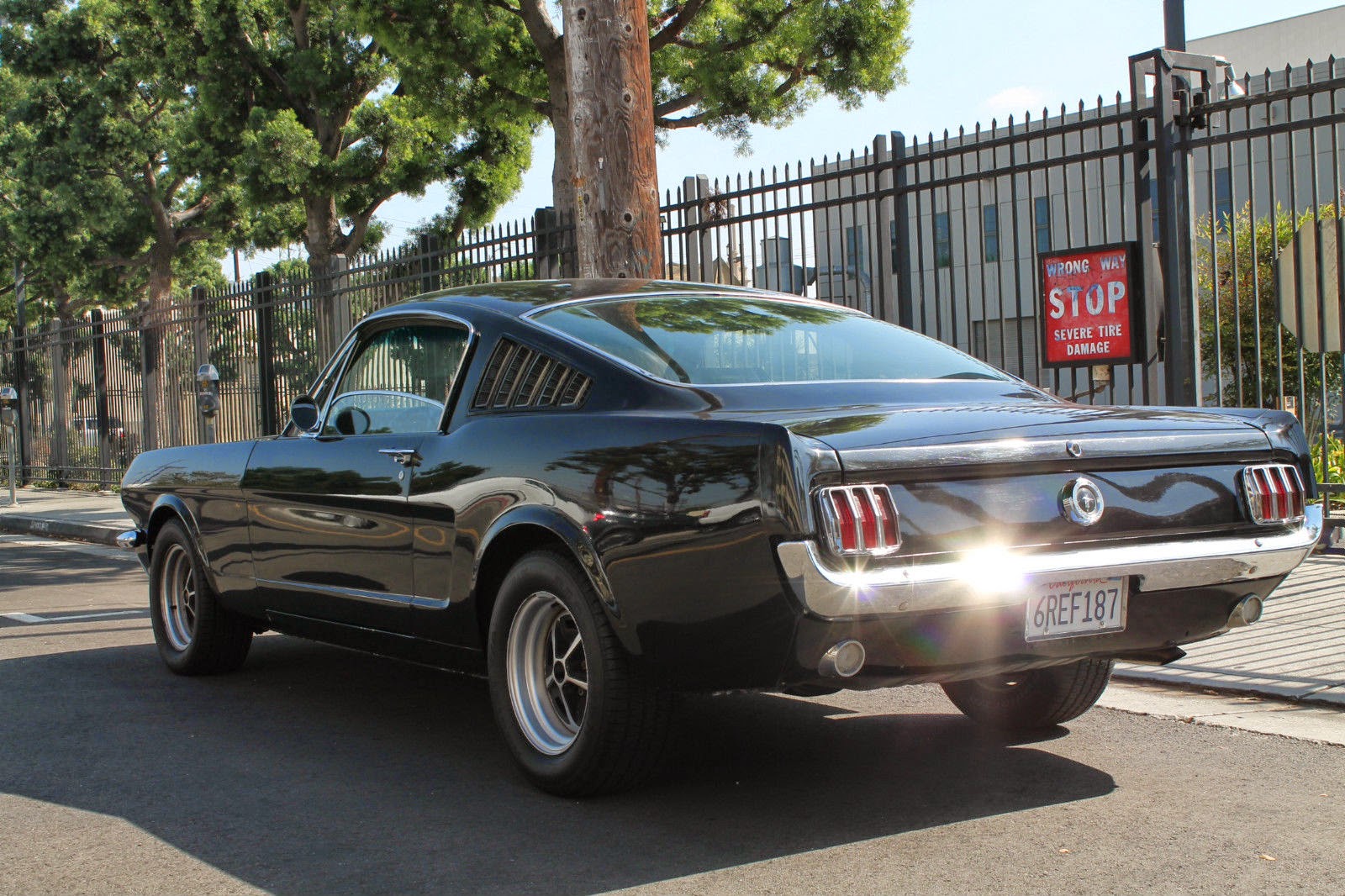 See a better deal on a collectible classic? tips@dailyturismo.com