As longtime fans of anything with wheels, and classic movies featuring wheeled vehicles, we here at the Daily Turismo get excited when real movie cars or even nice replicas come up for sale. There has been a lot of action lately among Back to the Future fans, with hyper-realistic recreations of the DeLorean time machine being created, and one of the originals being restored. Biff Tannen’s 1946 Ford Deluxe convertible was sold a few years back – one of the real deal cars from the films. Today’s Toyota is not a real movie star but it’s a pretty damn good replica and will give you all of the enjoyment of having Marty McFly’s prized 4×4 without having to deal with the liabilities and responsibilities of owning an actual piece of Hollywood history. Find this 1985 Toyota Hilux 4×4 Back to the Future replica for sale here on ebay in Jamul, CA for $14.5k Buy it Now or make offer, with a few hours remaining. 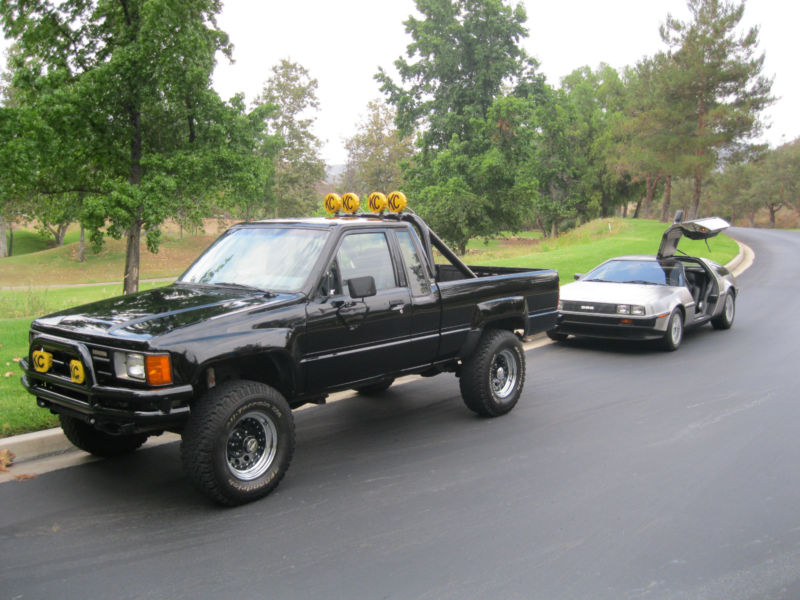 This is heavy. The seller is quick to point out that this tribute truck is the correct year, being a 1985, but we’d like to add that it’s also the exact correct model: an XtraCab 4×4 with EFI (electronic fuel injection) and a short bed. Being an ’85 it is the only model year they were still available with the solid front axle and the optional smoother running, more powerful EFI equipped 22RE. The truck looks to have been blue originally, and still is in the engine bay, and the seller does say it was repainted black recently. 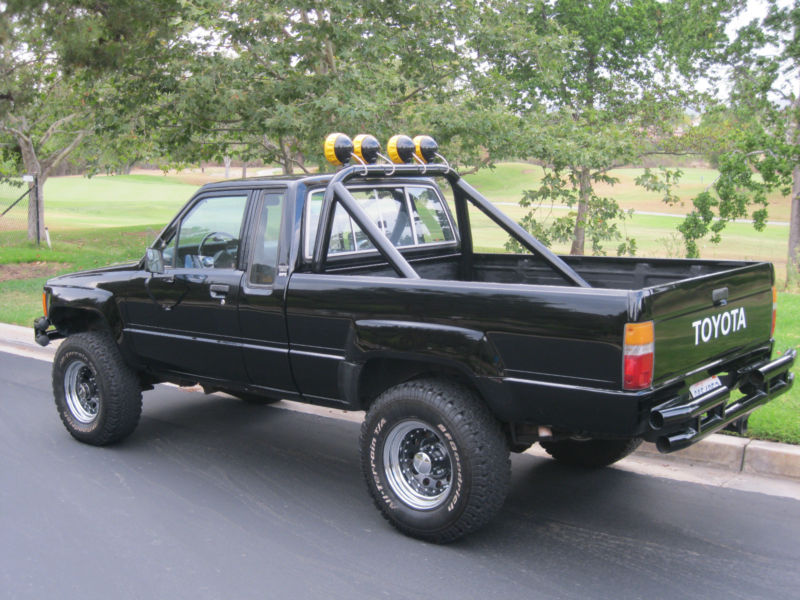 The black / polished alloy wheels look correct, along with the rear tubular bumper and “show bar” in the bed… 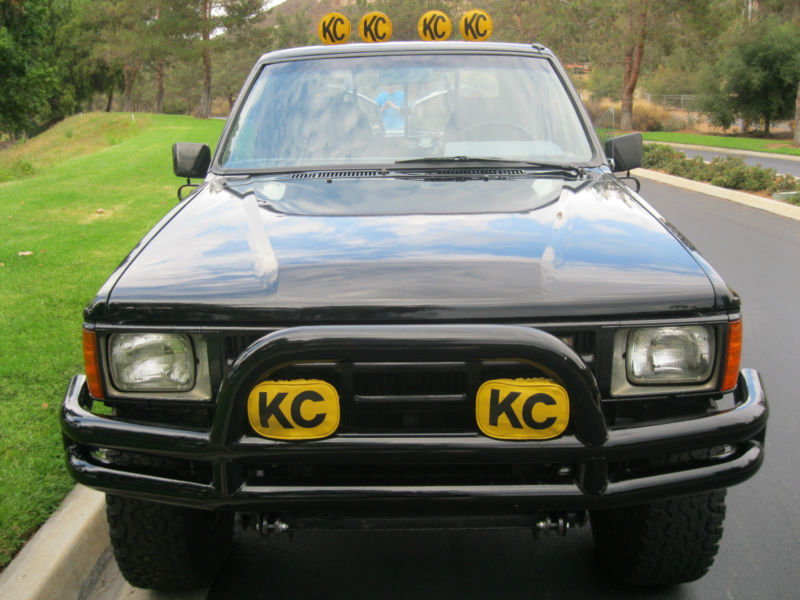 …and the KC Daylighter accessory lights on the show bar and the front tubular bumper. Aesthetically, from five feet away it would be hard to tell this replica apart from the real deal, and that’s awesome. Commendations are in order for the true fanatic (i.e. the seller) who built this true to form. Unfortunately it’s missing the period-correct CA “sunset” license plates, which were optional from the DMV in the ’80s and the first reflectorized plate design offered in the state.The 8Sxxxx sequence is fairly recent but could be explained if there was a lapse in registration requiring new plates to be issued.

The last two images are screen grabs from the original Back to the Future film; can you spot any differences from the replica? Aside from the aforementioned license plate, it looks like the replica is missing the TOYOTA windshield sticker, the original front turn signals mounted in between the tubes of the aftermarket bumper, and all four mudflaps. I apologize for the crudity of this comparison, so get out your nerd glasses and see if you can spot anything else…

Even though the color has been changed, this is probably the closest you’re going to get to Marty’s truck if you ever want one. It is claimed to have no rust, a recently rebuilt engine and transmission / transfer case, and a partially restored interior. Paint the engine bay black, find some NOS seat covers and add the few missing finishing touches and you’re there. Think, McFly, think! Your density has brought it to you…I mean, your destiny. Just don’t get caught ripping off any plutonium in this bad boy, or let anyone call you chicken.

P.S. The original truck used in BTTF parts II and III has been found and is being restored. See it in all of its orange glory here.

Find a cooler truck to “lie out under the stars” in? Email us here: tips@dailyturismo.com