When you think of classic affordable roadsters, the MGB, Alfa-Romeo Spider, Datsun Fairlady/Sports 1600 and even the Mazda Miata probably come to mind. But there’s another option in this genre that is often overlooked, still fairly plentiful, and worth consideration as a respectable alternative (if you don’t have a healthy fear of rust). We are referring to the Fiat 124 Spider, which we’ve featured before here as a minty late-model and here as a vintage racer. Those were nice but the 124 was better looking and purer in its early form – as evidenced by this sharp little 1972 model offered here on ebay for $8500 buy it now, or make offer. 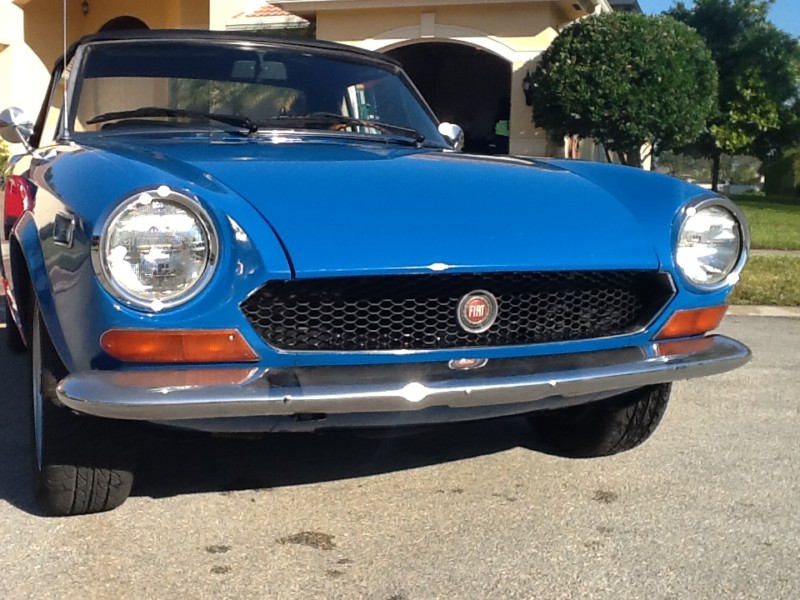 This cheeky little blue drop-top features the slim chrome bumpers of the days before the 1974 US Federal impact safety standards came into play, and automakers could use pieces aluminum foil and twigs as bumpers if they wanted. The later tubular bull bars were effective but ugly, and frankly we’d throw them in the dustbin if we had a ’74 or later Spider. This one looks great as-is, saving us some work and giving the drive-by metal recycling hombres a bit less raw material to work with. 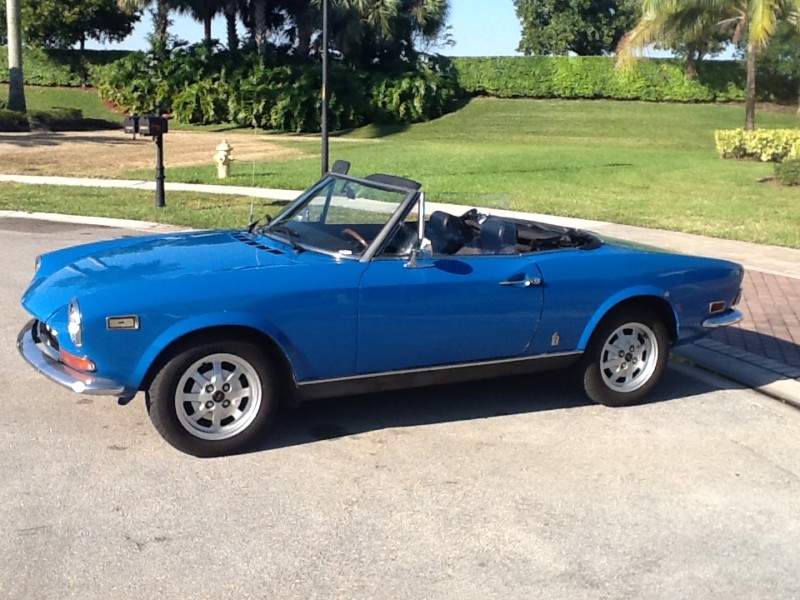 The design house Pininfarina penned the 124 Spider for Fiat, and as such it bears a certain family resemblance to other Italian rides dating back to the ’60s, like the Ferrari 250 GTE for one. These days most 124 Spiders are either rotting in fields, driveways or backyards, or have been sent to the crusher for cold hard cash. Just check out Murilee Martin’s Junkyard Finds series on The Truth About Cars for proof of that. But this particular blue 124 has been actually looked after, which is a rarity these days even though the car itself is far from uncommon. 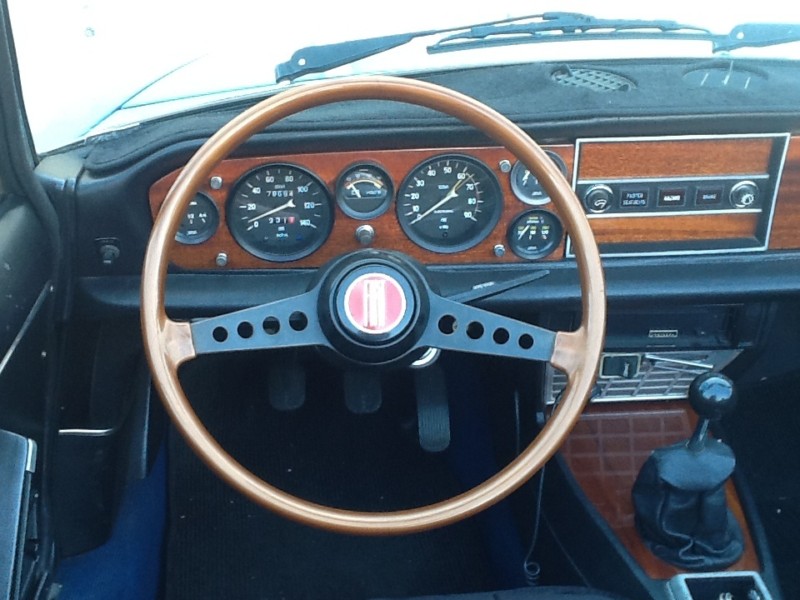 This interior looks garaged for sure – it hasn’t sat out in the sun long, or the thin wood veneer on the dash and center console would be peeling worse than a 2nd-degree sunburn on a pasty ginger. The steering wheel is plastic with a woodgrain finish, but apart from that this Italian stallion is sporting genuine wood, and proud of it. Even though this is a ’72 we can clearly see the design language from the previous decade has carried over unchanged. The 124 Sport Spider was made from 1966 all the way until 1985 and was largely unchanged during that span except for engine displacement, fuel management systems, and the occasional addition of forced induction. 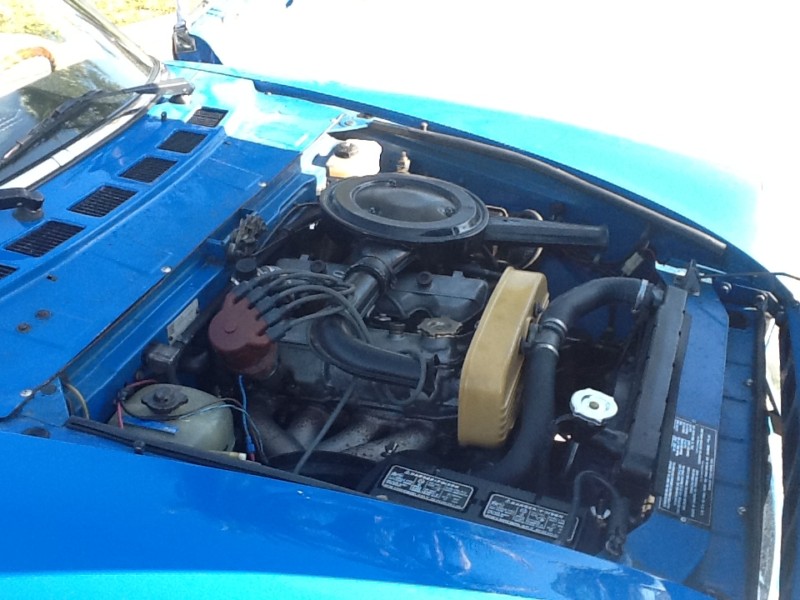 This car (being a ’72 model year) is a BS1-series car, meaning it’s got a 1608cc, 108 hp twin cam inline four under the front hinged hood. This family of Fiat engines was designed by Aurelio Lampredi, who cut his teeth creating V12s for Ferarri. Even though this 1.6 liter lump wasn’t the largest offered in the 124, it was more powerful than the ’79 2.0L model featured eariler since it predated the power-strangling emissions regulations that turned the singer into a castrati. This particular car however is reasonably powerful, and claimed to have low mileage and no rust! So why not give this little chap a chance – do you have the balls to drive a 41-year old Italian car in the harsh reality of 2013 traffic?

If you find a better early-spec Fiat 124 Spider – go buy a lottery ticket, then send us the winnings via PayPal to tips@dailyturismo.com!